Complete the form below and we will email you a PDF version of "Antigen vs Antibody – What Are the Differences?"

Antigen vs antibody: the basics

An antigen is any substance that prompts your body to trigger an immune response against it. Antigens include allergens, bacteria and viruses. Antibodies are Y-shaped proteins that the body produces when it detects antigens. Antibodies are produced by immune cells called B cells.

Antigens are molecules capable of stimulating an immune response. Each antigen has distinct surface features, or epitopes, resulting in specific responses.

Antibodies (immunoglobins) are Y-shaped proteins produced by B cells of the immune system in response to exposure to antigens. Each antibody contains a paratope which recognizes a specific epitope on an antigen, acting like a lock and key binding mechanism.  This binding helps to eliminate antigens from the body, either by direct neutralization or by ‘tagging’ for other arms of the immune system.

Utilizing Antibodies and Antigens in Diagnostics

When infected with a pathogen such as SARS-CoV-2, the body produces antibodies that bind specifically to the antigens to help eliminate the pathogen. This binding can be harnessed to develop antibody and antigen-based diagnostic tests. 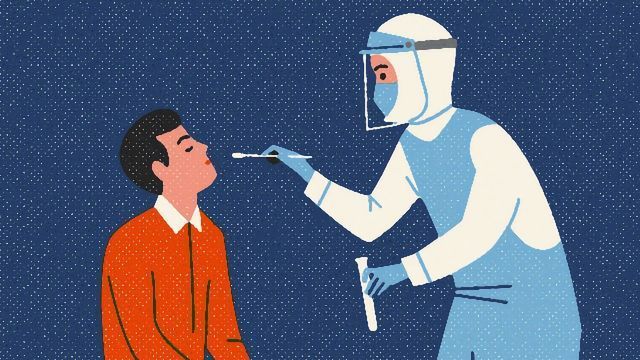 Antibody vs Antigen Testing for COVID-19

END_OF_DOCUMENT_TOKEN_TO_BE_REPLACED

An antibody test reveals if a person has already been exposed to an infection, by detecting antibodies in their blood or serum. This can be done by a laboratory based test such as an ELISA (Enzyme-Linked Immunosorbent Assay) or CIA (chemiluminescent immunoassay), or a point-of-care test based on lateral flow technology.

Antibody tests are not usually used to diagnose current infection as it takes the body some time to produce antibodies. During the period before the adaptive immune system kicks in, the fast-acting and non-specific innate immune response combats infection. A negative test result may occur if the test is taken too soon after infection before antibodies have been produced by the body. False positive test results could also occur due to cross-reactivity.

Antibody tests are useful to help track the spread of a disease, identify those who should be prioritized for vaccinations, and highlight potential donors for convalescent plasma therapy.

An antigen test reveals if a person is currently infected with a pathogen. Once the infection has gone, the antigen disappears.

Unlike nucleic acid based tests such as PCR, which detect the presence of genetic material, antigen tests detect proteins, such as those found on the surface of a virus. Accuracy can be a problem, with antigen tests typically having a much lower sensitivity than PCR.

However, they usually provide test results rapidly, are relatively cheap, and can be more amenable to point-of-care use, which could make them more suitable for testing in the community and in remote regions.

The Role of Antigens & Antibodies in Vaccinations

Vaccines contain antigens which stimulate the B lymphocytes of the immune system to respond by producing plasma cells which secrete disease specific antibodies (Primary response). Some of the B cells become memory B cells, which will recognise future exposure to the disease. This results in a faster and more intense production of antibodies, which effectively work to eliminate the disease by binding to the antigens (Secondary response).


Antibodies as Therapeutics
Since the Nobel-prize winning work of Kolher and Milstein in the 1970’s, which enabled the infinite production of monoclonal antibodies in culture using hybridoma technology, the quest to develop therapeutic antibodies has been on. In the last few years, therapeutic antibodies have become the main class of new drugs in development, and by December 2019, 79 therapeutic monoclonal antibodies had been approved by the US FDA.
The range of conditions they can be used to treat includes several types of cancers, autoimmune conditions, and infectious diseases such as Zika. A number of studies are currently investigating their potential as a treatment for COVID-19, including via convalescent plasma therapy.
Therapeutic antibodies work by binding with high specificity to the target antigen and stimulating an immune response, which may involve inhibition of ligand binding or tagging the cell for binding by cytotoxic T cells. 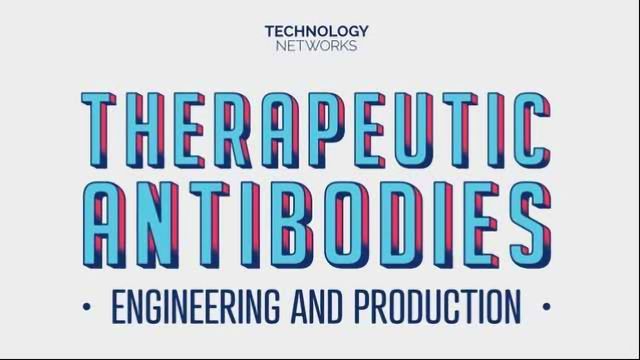 END_OF_DOCUMENT_TOKEN_TO_BE_REPLACED
Types of therapeutic antibodies include:

- Immunoglobulins
- Antibody fragments
- Antibody-drug conjugates
- Bi-specific antibodies
- Radioimmunoconjugates
Antibodies can be produced using a variety of techniques, including hybridoma technologies, transgenic mice, and in vitro display technologies. The evolution of antibody engineering has led to the development of increasingly humanized antibodies, with the benefit of low immunogenecity.

Complete the form below to unlock access to this Audio Article: "Antigen vs Antibody – What Are the Differences?"