Anna is a science writer at Technology Networks. She holds a first-class honours degree in biological sciences from the University of East Anglia, before joining Technology Networks she helped organize scientific conferences.
Learn about our editorial policies
& Laura Elizabeth Lansdowne

Advances in cell culture techniques and stem cell technology have enabled the generation of organoids – three-dimensional aggregations of cells capable of recapitulating the structure and physiology of human organs in extraordinary detail.

Technology Networks recently interviewed Soumita Das, associate professor at the University of California San Diego, to learn about the organoid models her team is developing and how these models are being used to investigate gastrointestinal inflammation, cancer–microbiome interactions, personalized medicine and much more.

Laura Lansdowne (LL): Can you tell us more about the organoid models you have developed? What are the main advantages to using these?

Soumita Das (SD): We have isolated stem cells from the tissue section (either surgical specimens or biopsy samples from gastrointestinal tissue and lung tissue), these are then cultured in WNT, R-Spondin, Noggin enriched conditioned media. The cultured 3D organoids were then biobanked, to retain their metadata – patients' age, gender, disease-state and drug history.

Anna MacDonald (AM): Are there any specific difficulties to overcome when creating and maintaining organoids?

SD: The way we choose to isolate and culture the organoids depends on the patient’s history, location of the disease and the stage of inflammation. Each organoid line has heterogeneity depending on its phenotype and genotype. Inflammatory bowel disease (IBD) patients and colorectal cancer patients with higher inflammation and a low number of stem cells take longer to grow in culture and are sometimes difficult to culture. To overcome this, each line needs individual attention and a different time span to grow. We do not change the media composition for each line. To reduce variability, we generate bulk media and try to use the same vendor's media components to minimize the batch effect.

LL: During your 2021 SLAS presentation you highlighted some examples of how organoid models are being used – for example to investigate mechanisms of gastrointestinal inflammation, cancer–microbiome interactions, personalized medicine, e-cigarette use, could you elaborate on these applications and highlight some of your work in each area?

SD: Here are some of the key applications we have been exploring:

Stem-cell based approaches to identify early biomarkers during gastrointestinal inflammation

Host engulfment and cell motility protein 1 (ELMO1) facilitates the engulfment of pathogenic IBD-associated bacteria in the gut and triggers the induction of monocyte chemoattractant protein-1 (MCP-1); which helps in monocyte recruitment to the inflammation site. Then, bacterial engulfment by macrophages is also ELMO1 dependent and triggers the release of tumor necrosis factor (TNF)-α. Thus, the two signaling axes, ELMO1/MCP-1 and ELMO1/TNF-α, orchestrated by the same engulfment pathway in two different cell types, the epithelium and the macrophage, combat pathogenic microbes. This work has been published in FEBS, 2020.

Infection and chronic inflammation are known to induce DNA damage in host tissues and can lead to oncogenic transformation of cells, but the role of DNA repair proteins in microbe-associated cancer remains unknown. Previously using Helicobacter pylori as a source of the cancer-associated microbe and gastric organoids, we have identified the impact of base excision repair pathways in gastric cancer progression. Using colorectal cancer (CRC)-associated microbes such as Fusobacterium nucleatum (Fn), in coculture with murine and human enteroid-derived monolayers (EDMs), we showed that among all the key DNA repair proteins, NEIL2, an oxidized base-specific DNA glycosylase, is significantly downregulated after Fn infection. Fn infection of NEIL2-null mouse-derived EDMs showed a significantly higher level of DNA damage, including double-strand breaks and inflammatory cytokines. Several CRC-associated microbes, but not the commensal bacteria, induced the accumulation of DNA damage in EDMs derived from a murine CRC model and, Fn had the most pronounced effect. Using an organoid-based cell model and microbes in the coculture we have measured the amount of DNA damage and showed consequent accumulation of DNA damage play critical roles in the progression of cancers. Some of this work has been published in the Journal of Biological Chemistry 2020 and Cells 2020.

Patient-derived organoid monolayers from healthy and IBD subjects were screened in 96-well permeable supports to identify the barrier protective drugs that can increase the gut barrier integrity. The monolayers were used for a functional assay that includes measurement of trans-epithelial electrical resistance (TEER) in an automated TEER system, the permeability of FITC-dextran, cytokine ELISA of the supernatant, expression of tight junction proteins.

The impact of harmful component and beneficial nutrient on gut barrier

The semi-high-throughput polarized organoid-derived monolayers will be useful where microbes can be added apically and immune cells in the basolateral side. This gut-in-a-dish model can be used to screen the impact of harmful components and beneficial nutrients, probiotics and prebiotics on the barrier function and controlling inflammation. A part of this work has been published in iScience 2021.

AM: Where do you see organoids making the biggest impact? How can the technology be further improved and developed for other applications?

SD: The major impact of organoids will be in the translational research to develop a personalized disease model. The model will be important for the following items: 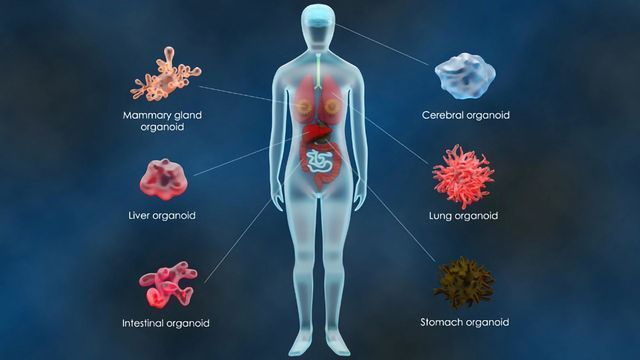 END_OF_DOCUMENT_TOKEN_TO_BE_REPLACED

In this area, the technology requires further development, primarily to enable the addition of vascularization within the organoids. Looking towards planning the Phase 0 trials, we need to add all relevant cell types involved to truly mimic the disease phenomenon. The more challenging part will be determining the growth media and the culture conditions required and the ratio of all the cell types so that we are able to represent in vivo physiological conditions.

Complete the form below to unlock access to this Audio Article: "Exploring Human Biology and Disease With Organoid Models"