Organoids: The mini-organs advancing the study of human development and disease

Organoids: The mini-organs advancing the study of human development and disease

Complete the form below and we will email you a PDF version of "Organoids: The mini-organs advancing the study of human development and disease"

If you type the term “organoid” into a search engine you will be presented with thousands and thousands of results. Results that are not limited to scientific literature, they will also include the mainstream news and social media. Serving to confirm organoids as a “hot topic” in the last several years.

These ‘mini-organs’ are defined by Lancaster and Knoblich “as containing several cell types that develop from stem cells or organ progenitors and self-organize through cell sorting and spatially restricted lineage commitment, similar to the process in vivo.” To date, several human organs have seen successfully translated into this ‘organ in a dish’ tool (brain, gut, lungs, liver to name just a few). What is impressive about organoids is the accuracy with which they model the developing organs and the ease by which they can be generated in any laboratory with a proper tissue culture set up. This makes them a very attractive tool to study human development and disease. 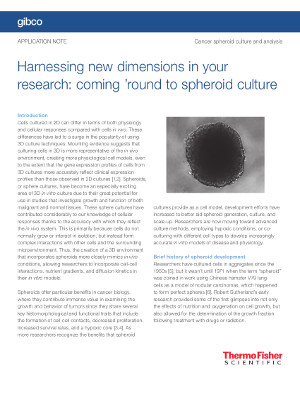 More Information
How do you generate an organoid?

Organoids are generated from stem cells; these stem cells can come from a standard cell line used in everyday tissue culture, or they can be reprogrammed from adult cells. Reprogramming, i.e. the restoration of the cell’s pluripotent capabilities by a combination of factors, enables us to use organoids as disease models. By exposing stem cells to a certain combination of signaling molecules, growth factors and chemicals we “push” the stem cells to start producing the tissue of interest. This way we can generate organoids of specific tissues. Each organoid protocol has a specific set of molecules and conditions, which are necessary for the generation of tissue-specific cell types. Even though the process might be lengthy and somewhat complicated, the beauty of organoids is that they can be generated without the need for specialized equipment, in any laboratory with a standard tissue culture set up.

For example, the generation of cerebral (brain) organoids involves the following process. Stem cells are kept in a nutrient-poor media, which promotes the generation of ectoderm, a germ layer that will produce the nervous system. A further combination of media and growth factors promotes self-organisation of the tissue into layers of progenitor cells, which mimics the development in vivo. This includes very complicated morphological changes, which result in the formation of ventricles (cavities in the brain), just as we see it during embryonic development. Furthermore, to these early mechanistic processes, organoids exhibit different subpopulations of neural stem cells, which appear in numbers and distributions similar to the in vivo developing brain. These neural stem cells, after a certain time (brain organoids can be grown in culture for more than 100 days) start producing neurons, which follow the physiological pattern of behaviour – they migrate, mature, branch, fire and even make circuits which can respond to some stimuli (light). The transcriptome (total RNA fingerprint of the cell/tissue) analysis of brain organoids at different stages of the protocol has indeed shown that they are very similar to the in vivo brain. These similarities make suggest that several organoids can be used to faithfully mimic the early stages of human brain development.

Not only are organoids used as a tool to study normal development, they also show promise as models for a wide range of diseases. Cerebral organoids have been used to model certain aspects of autism spectrum disorder (ASD) and microcephaly (small brain), among other brain disorders. The “reprogrammability” of adult cells into stem cells is of crucial importance, as, in these studies, cells from patients with the disorder of interest were taken and reprogrammed into stem cells. Once a stable stem cell line is established, organoids can be grown and the disorder’s developmental phenotype tracked.  These models have provided insight into the cellular biology of these disorders, the molecular pathways involved and the potential targets for future therapies.

Organoids are also increasingly showing promise as a personalized medicine tool, providing a way to study the unique intricacies of a patient’s disease and identify appropriate treatments. Recent studies have highlighted the use of intestinal organoids to direct treatment for cystic fibrosis patients, by assessing cystic fibrosis transmembrane conductance regulator (CTFR) function in mini guts created from the patient’s own cells. By testing the organoids response to a drug, more informed decisions could be made about which patients are most likely to benefit. This can be especially important with high cost drugs such as Kalydeco, and for patients with very rare mutations. This personalized approach to treatment using organoids is not limited to cystic fibrosis, also showing promise for other inherited diseases, as well as cancer.

Although organoids capture many features of organs and disease very well, they have their limitations. Due to the nature of generation protocols, it is impossible to add vascular tissue to the organoid. This means that, as they grow, organoids suffer from oxygen deprivation and, as they get bigger and older, they cannot replicate all the developmental processes and cell types that an in vivo organism possesses. Due to this issue, the majority of organoid studies are at the moment focused on earlier developmental processes.

A possible solution would be a development of co-culture protocols in which blood vessel progenitors are cultured together with the main organoid tissue and are successfully incorporated into the organoid. As this might be very difficult to achieve due to differences in the developmental pathways of such different tissues, the most-likely solution for this problem would be bioengineering. In this way organoids might be grown on a synthetic network of vessels, which would have a constant supply of fresh media. This would allow for the development of even more complex features in organoids.

Taken together, it appears that organoids are not just a method currently en vogue, but are proving to be a very valuable tool in studying human development and disease.  With the expansion of stem cell line libraries to include species other than human, organoids are proving an invaluable tool also to gain insight into the evolution of our human lineage.