Complete the form below and we will email you a PDF version of "Alzheimer’s Breakthrough: A Disruptive Systemic Approach Is Poised To Demonstrate Value"

Despite many promising drugs landing in the graveyard, green shoots are finally sprouting in the Alzheimer’s disease (AD) drug development arena. Finding a remedy for this devastating disease – one that affects virtually every family in North America – has become the “Holy Grail” for people looking for therapeutic treatment as well as for investors looking for the next big breakthrough.

“The failure rate of Alzheimer's disease drug development has remained unchanged for decades — with 99 percent of trials showing no difference between the drug and placebo. This figure is especially high, considering the ever-growing number of drug candidates in the pipeline,” reports Being Patient.

The last year has been riddled with disappointments in AD drug development with Biogen reporting a fraction of estimated sales for its FDA-approved AD treatment, Aduhelm™.

Aduhelm™ did not manage to garner the support of most physicians that treat Alzheimer’s patients who report that the monoclonal antibody fails to appreciably slow cognitive decline. Medicare, after much debate, released a national policy in April 2022 “for coverage of aducanumab (brand name Aduhelm™) and any future monoclonal antibodies directed against amyloid approved by the FDA with an indication for use in treating Alzheimer’s disease.”

A main stumbling block to finding a treatment for Alzheimer’s is that researchers have been unable to determine why Alzheimer’s occurs in the first place. There remain countless hypotheses about what causes neurodegeneration in the brain leading to AD. Most of the initiatives are focused on a single approach which has produced little, if any convincing results.

The theory that has gained the most attention from Big Pharma over the past 15 years attributes the build-up of a protein, called amyloid-β, in the brain as the cause of neurodegeneration. This is the hypothesis behind Biogen’s recently approved Aduhelm. But clinical trials have not meaningfully demonstrated that these therapeutics slow memory loss or cognitive decline and the product has been a commercial failure. Other pharmaceutical companies in the amyloid-β camp include Eli Lilly with donanemab and Biogen/Eisai with lecanemab.

Another completely different approach revolved around a large study that linked gum disease (gingivitis) to dementia/AD. Dr. Doug Brown, director of research and development at Alzheimer's Society, said, “It's unclear, however, whether this is cause or effect – if the gum disease is triggering the faster decline of dementia, or vice versa.” Unfortunately for Alzheimer’s patients, the recent clinical trial was not successful, and it seems unlikely there will be any further studies in the area.

Today’s treatments for AD are limited and unsatisfactory. They simply address symptoms to temporarily improve cognition in some patients. But these treatments, including Aduhelm, only provide minor, temporary benefit at best.

Quite simply, there is a substantial need for a drug that either stops progression of this debilitating disease or repairs the damage that it wreaks on the nervous system.

After aducanumab was approved by the FDA, Biogen’s stock price increased 38.3% on the day, adding $16.5 billion to the company’s market value. Eli Lilly saw its stock add $18.6 billion in market cap as it had a similar amyloid-β “buster” drug candidate. Clinical-stage biotech Cassava Sciences’ stock price soared in 2021 upon releasing strong results in clinical studies for its Alzheimer’s drug, simufilam.

While these stocks did not remain in the stratosphere, mainly because they were unable to fulfill their promise, it is clear that investors, and the general public – many of whom have AD in their family – are seeking both a much-needed treatment as well as likely the most valuable drug in history.

Now there is promise of a drug development effort that is taking a completely different approach – not trying to cure the disease but actually repair the damage.

Originally developed to treat spinal cord injury, NVG-291 was invented by Dr. Jerry Silver, professor of neurosciences at Case Western Reserve University's School of Medicine in Cleveland, Ohio. However, it soon became apparent that NVG-291 was actually healing nervous system damage at a biologically fundamental level. Dr. Silver’s drug discovery is now well into its Phase I clinical trial and is on the cusp of Phase II clinical trials for repairing spinal cord injury as well as neurodegenerative conditions including multiple sclerosis and AD.

What differentiates NVG-291 from other drugs in development is that it leverages multiple innate mechanisms for repairing damage to the nervous system, while similar efforts focus on a single approach. As AD is a complex condition, likely caused by multiple factors; a systemic approach to treating the disease is an important distinction.

I joined NervGen in November 2019 with over 30 years of commercial and development experience in biotech and pharma, and have worked on the development of over 10 products that are now FDA or EMA approved. In all that time I have never had quite the same “come to Jesus” moment as when I first met with Dr. Silver to review his animal model data (you can see highlights on this video), it was truly amazing and inspirational listening to Dr. Silver explain the data in an exciting and enthusiastic way.

Remarkably, in one of a number of positive preclinical studies, over 50% of the animals recovered almost fully from a very severe spinal cord injury. When NervGen exclusively licensed the technology from Case Western Reserve University, it was clear that the technology was truly revolutionary. If the results observed in the animal studies translated to humans, it would redefine therapy for nervous system damage and have broad and far-reaching implications.

NervGen’s drug is able to achieve this approach by enabling the body’s own repair mechanisms to promote nervous system repair. Injury or disease to the central nervous system results in multifaceted cellular and molecular responses. One such response, the glial scar, is a structural formation of reactive glia (cells) around an area of severe tissue damage. The purpose of the scar is to encapsulate the site of the injury to prevent further damage and begin the healing process, but it ultimately inhibits the body’s reparative mechanisms. Dr. Silver discovered that a constituent of these scars, a glycoprotein called chondroitin sulfate proteoglycan (“CSPG”), is a major inhibitor of the body’s natural ability to regrow and regenerate the central nervous system.

NervGen’s drug simply counteracts this inhibition. Multiple studies with animal models for several diseases and medical conditions have shown that treatment with NVG-291 resulted in the repair of damaged nerves and improvement in function. These studies demonstrated that NVG-291 promoted multiple repair mechanisms including enhanced plasticity, (where surviving nerves take on additional function), axon regeneration and remyelination (the repair of the protective coating of the nerves) and enhanced recovery of functions such as walking, bladder control, vision, learning and memory.

“There are two additional mechanisms that we have seen in our studies with NVG-291 that could be very important in the treatment of Alzheimer’s,” says Dr. Jerry Silver. “First, there is the reduction of inflammation in the immune cells of the brain. Second, there is the promotion of autophagy, which is a cellular cleaning mechanism that is necessary for healthy neurons.”

“Except for the aforementioned Aduhelm, which has marginal efficacy, the currently approved Alzheimer’s drugs merely address symptoms, whereas NVG-291 acts at a more fundamental level to allow the normal repair mechanisms to kick into gear to create a favourable environment for nerves to grow and create entirely new nerve connections,” says Dr. Silver.

As there are currently no therapies approved that enable nervous system repair, NVG-291 has the potential to be truly disruptive. So, the stakes are especially high for NervGen in our bid to create a breakthrough blockbuster drug. 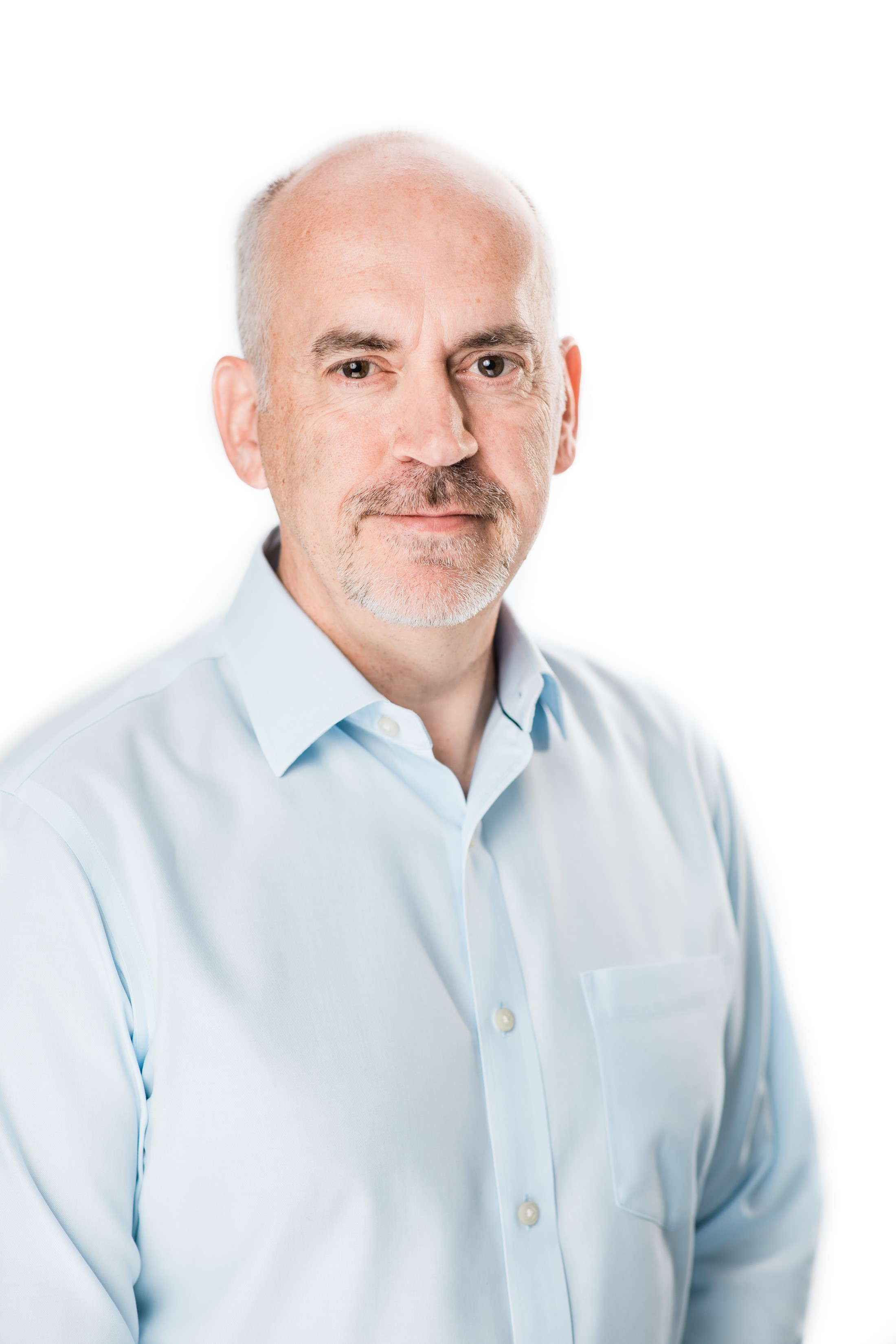