Systematic drug safety testing originated in the 1960s, in response to safety issues related to thalidomide. This drug was first introduced in the 1950s as a sedative and because it was deemed to be safe by virtue of tests performed in animals, it was prescribed to pregnant women to combat nausea and insomnia associated with morning sickness. It later became evident that women who took the drug in the early phases of pregnancy were at risk of giving birth to children with missing or shortened limbs. In light of the thalidomide tragedy, a systematic approach to drug safety testing, using rodent and non-rodent species for setting drug safety margins, was harmonized across the industry and with different regulatory authorities.

If we fast forward several decades, we see clearly that this animal-based approach has definite shortcomings. In a review of nearly 7,500 drug development programs from 2006 to 2015, the European Medicines Agency (EMA) reported that at least 90% of drug candidates entering clinical trials ultimately failed due to issues with safety or efficacy.1 Even if a drug is registered, it can have unpredicted “idiosyncratic” toxicity, manifesting in several ways including drug-induced liver injury (DILI). This can lead to the drug being withdrawn from the market. Post-marketing withdrawals indicate the difficulties of predicting hepatotoxicity correctly by in vitro test systems or animal studies.2 Safety data of the drugs withdrawn from the market between 1997 and 2016 suggest the lack of animal models to predict liver toxicity as a major cause of drug failure.2

It is well-recognized that the safety margins defined in healthy animals cannot directly be translated to that in unhealthy humans. In the case of sick patients, the safety margin is likely smaller, meaning that patient-centric risk assessments are more accurate and thus essential. The need for better predictive drug development tools is obvious, particularly in light of the rapid growth of, and increasing interest in, advanced new therapeutic modalities. These “biologics” have high human specificity, therefore they cannot be evaluated in animals, as their immune systems are quite different from those in humans. Even in non-human primates, some of these novel modalities result in non-specific immune-mediated toxicities, which are not relevant to man.

This triggers a general interest in finding and applying prediction models that are more physiologically relevant to humans, in particular those which can be used for the safety assessment of new drug candidates in more vulnerable patients. The use of healthy animals to mimic patients’ responses has too many shortcomings and can put drug development programs and patients at risk. Rather than starting from a healthy animal or using animal models of disease, the use of patient tissues represents a major step forward.

Several in vitro technologies are currently being evaluated in the effort to make toxicology studies more predictive. Novel in vitro models with outstanding features to mimic the in vivo situation are 3-dimensional (3D) organoid and spheroid co-cultures, which overcome the limitations of 2-dimensional monolayer approaches.

In comparison to conventional cell cultures, dynamic microfluidic systems represent an important step forward. Cells behave in a more physiologically relevant manner when put under fluidic conditions; this technique also facilitates the simultaneous investigation of different cell types from the same organ and connecting it with cells from different organ systems. The flowing media around the cells better replicates the physiological exchange and communication among cell types and maintains better cell health. Importantly, the data generated by the use of these microfluidic systems in combination with patient tissue have the potential to enable a completely new level of modeling and simulation of toxicity.

The ultimate goal is to be able to test new drug candidates on cells taken from multiple donors, comparing diseased patients with healthy subjects. Differences between both groups will indicate the contribution of the underlying disease. These types of studies should be conducted ahead of first-in-human studies as “clinical studies on a chip”. 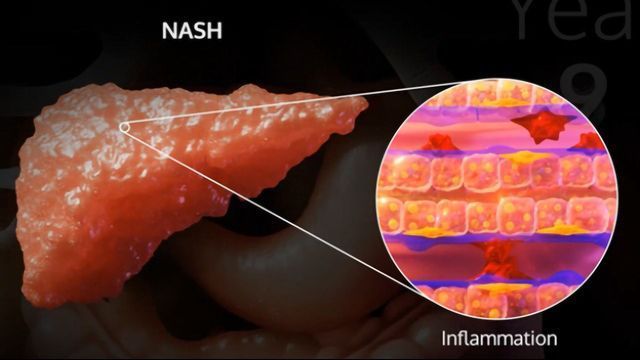 END_OF_DOCUMENT_TOKEN_TO_BE_REPLACED

While numerous modeling options have been developed to predict possible toxicity, hurdles exist that must be addressed as we advance towards the use of more physiologically relevant, but also complex, models to detect toxicity. A primary hurdle to the adoption of these models is the need for patient-derived primary tissues which represents perhaps the best approach for toxicity evaluation of therapeutic candidates. Advances in the use of induced pluripotent stem cells (iPSCs) and the growing availability of tissues from biobanks is helping to address this challenge.

Another challenge, mentioned above, centers on new therapeutic modalities that are very human specific; the immune system plays an important and central role in their efficacy as well as in toxicity reactions. To evaluate this in an in vitro setting, a model of immune competence is needed, along with the ability to mimic the physiological patient reaction.

Demonstrating proof-of-concept (PoC) is the first essential step in the development of a new test model system. In PoC studies the model system is characterized for the first time and validated to confirm expected outcomes for physiology and predictivity. PoC studies are small-scale preliminary or “pilot” studies that are generally complex and lengthy and are not yet in a form that can be applied pragmatically to an industrial setting. Any models and protocols that are to be used at a larger scale must be optimized to enable high-throughput testing. This automated screening format generates vast quantities of data which must then be interpreted. This requires the integration of big data sets and the generation of prediction algorithms – artificial intelligence and machine learning tools are playing an increasingly important role in this process.

Ultimately, these new models must be integrated into the industrial workflow to enable the testing of compounds at scale. As noted above, the critical prerequisite is that high-quality data are produced and that decisions can be taken. These systems generate value when they enable decision-making.

Despite these challenges, important gains continue to be achieved in the development of new models. Exploring and evaluating novel experimental toxicity testing approaches cannot be done alone, it requires collaboration among multiple industries and academia.

My company recently announced the formation of a pre-competitive consortium that brings together pharmaceutical company representatives invested in the development of cross-species drug testing and validation strategies for rapid, reliable DILI testing and prediction. The consortium will evaluate methods for recapitulating DILI-specific effects observed in animal models and patients using in vitro human and animal liver spheroid models and a comprehensive DILI compound library.

Participating members from the pharmaceutical industry will provide DILI compounds for 3D in vitro mechanistic investigations conducted by InSphero. These compounds are from failed or halted drug programs with well-documented preclinical DILI-specific in vivo profiles in commonly used regulatory animal models. The chemical structure of all test compounds along with their therapeutic targets will be blinded and omitted from any consortium publications. We’ll employ a cross-species DILI validation strategy to compare the documented in vivo response to the in vitro response in 3D liver microtissues derived from the corresponding preclinical animal models. Each type of drug-induced liver pathology will be investigated in vitro by the specific underlying DILI mechanism or biomarker. The validation criterion will be recapitulation of the documented in vivo DILI effect by mechanism in the relevant in vitro liver microtissue.

While there are certainly challenges to overcome, the future is bright. We can do many things today that we couldn't do ten years ago. There is a great deal of progress in the development of body-on-a-chip and microfluidics and PoC studies are showing how we can bring different organ systems together enable them to interact in a microfluidic, physiological way. The new technologies we have at hand will undoubtedly pave the way towards a more efficient and effective drug development process in which attrition rates start to show much needed improvement.