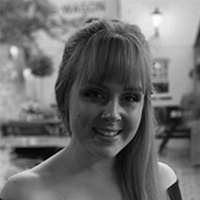 Neurological disorders are increasingly recognized as major causes of death and disability worldwide. According to the Alzheimer’s Association an estimated 6.2 million Americans aged 65 and older are living with Alzheimer’s dementia, yet the current neuroscience drug discovery approach has been largely unsuccessful, with few disease-modifying therapies available for most brain diseases.
Technology Networks had the pleasure of speaking with Saul Kato, the CEO of Herophilus, to learn more about how the company plans to reinvent neuro drug discovery, by combining human brain models, scaled biology and machine learning to decode brain disease. Kato highlights the benefits of using patient stem-cell derived brain organoids, why making these region-specific is useful and what diseases they plan on tackling first.

Zoe Braybrook (ZB): The current neuroscience drug discovery approach has been largely unsuccessful, with few disease-modifying therapies available for most brain diseases. Why is this?

Saul Kato (SK): Historically, humanity has not had a way to perform scalable drug discovery in human models and animal models of brain disease have not yielded effective human therapies due to major species differences in brain biology. Today, we have a new opportunity to perform discovery in patient-derived cultures, with unprecedented scale enabled by advances in automation and machine learning.

SK: It is all about the depth and scale of discovery. This new generation of in vitro models allows a clear window to study the microscopic, multicellular processes causing brain disease. We can now develop deep, multi-modal phenotypes that capture the biology of brain disease. Via robotic culture, organoids can be used in a scalable way to screen for disease-modifying effects across many targets and many therapeutic candidates to discover new therapeutics.

ZB: Can you tell us more about brain region-specific organoids you’ve developed, why are these useful?

SK: Brain diseases tend to originate from one area of the brain, such as the cortex in the case of schizophrenia or the midbrain in the case of Parkinson’s disease. The composition of cell types and tissue organization of these regions is wildly different. It is thus crucial to build models that biologically match the brain region of the disease.

SK: Our strategy is as follows. We start by building a biobank of patient-derived and genetically-engineered stem cell cultures. We then grow organoids from these cultures at scale and extensively profile them over time and across many biological measurements. We develop a deep phenotype: a rich, multi-modal description of disease. Then we perform two types of screens that rescue these phenotypes. The first is to determine novel validated targets via functional genomics, and the second to identify novel therapeutics. Because we can observe many biological changes acting in concert, we have higher confidence in developing therapeutics that will actually show efficacy in humans. And because we have an intact biological system rather than a stripped down, biased model, we can screen for unexpected effects and combinatory effects.

ZB: Could you highlight some of the disease programs you are currently working on?

SK: Our most mature program is in Rett Syndrome, a severe neurodevelopmental disease, using a small molecule epigenetic modifier strategy to restore MECP2 , the gene responsible for the disease. We have been pursuing this disease for three years and expect to file an Investigational New Drug (IND) application in 2022.
In the neurodegeneration space, our program in Alzheimer’s disease is following a strategy for selective modulation of the neuroimmunological interactions of different cell types including microglia, neurons and astrocytes, which we and many others believe are causal factors for the disease.
Our third lead program is in 22Q.11.2 Deletion Syndrome, which causes schizophrenia at an extremely high rate. We have built the world’s largest biobank of 22Q.11.2 deletion patients and familial controls.