Anna is a science writer at Technology Networks. She holds a first-class honours degree in biological sciences from the University of East Anglia, before joining Technology Networks she helped organize scientific conferences.
Learn about our editorial policies
Advances in imaging techniques now enable us to see cells in exquisite detail. This has not only increased what researchers can learn about cells’ development and behaviour, but has also resulted in the production of some images beautiful in their own right. Here we take a look at a few of our favourite cell images from the past year.

A team of scientists from New York University used a state-of-the-art fluorescent microscope to observe human cell nuclei. They discovered that the nuclear envelope flickers over a period of a few seconds, and changes during the cell cycle. 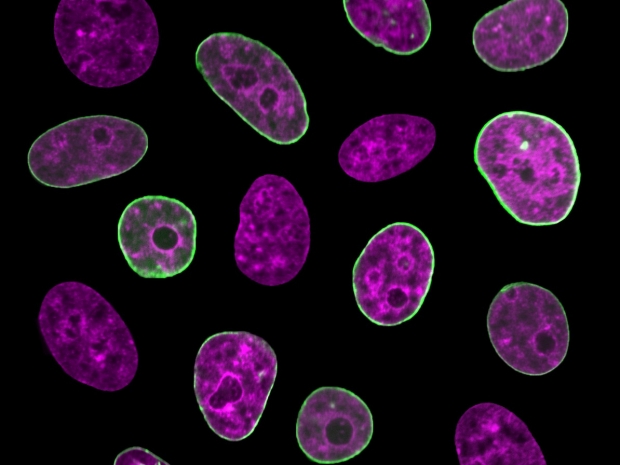 Bumsoo Han, Professor of Mechanical and Biomedical Engineering at Purdue University revealed secrets of ‘en masse migration’ of fibroblasts, demonstrating how they cooperate to deform the matrix. 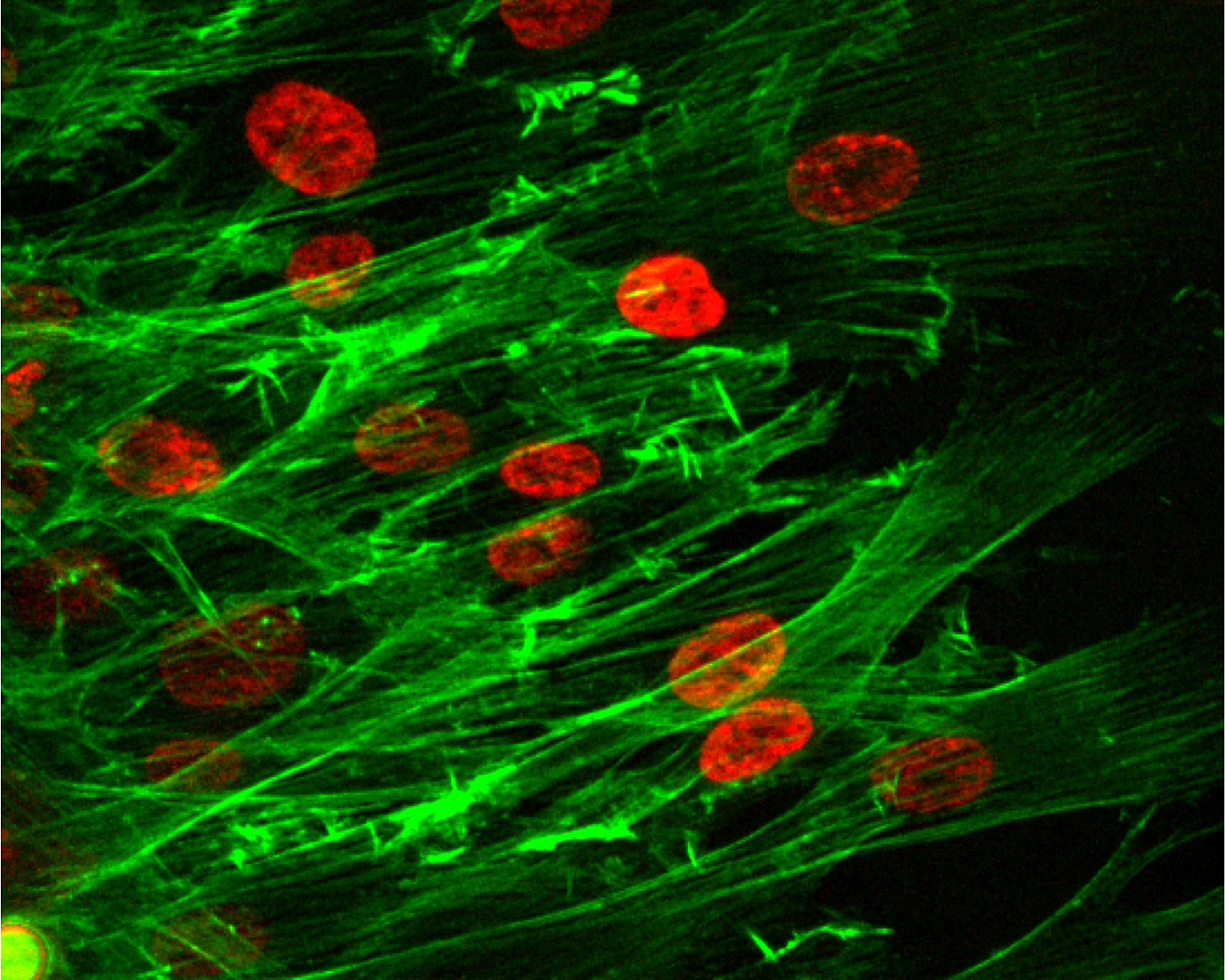 This image shows the group migration of cells, with red indicating the cell nuclei and the green representing the cell’s “cytoskeleton.”  Credit: Purdue University photo/Bumsoo Han

Researchers from the University of Copenhagen have demonstrated how stem cells can be used to produce insulin-producing cells, paving the way for more effective treatments for diabetics. 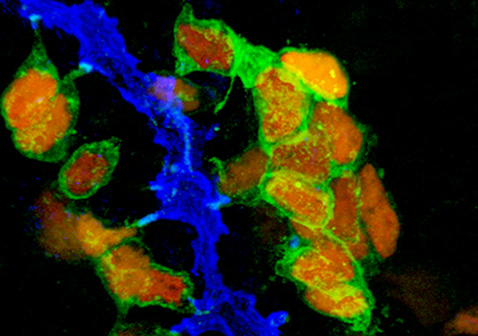 Hormone-producing cells (green and red) in the pancreas are formed in close contact with the piping system (blue). Credit: Henrik Semb, University of Copenhagen

Professor Thomas Meyer and colleagues revealed a new mechanism of stomach gland regeneration and the effect that Helicobacter pylori infection can have on this process. 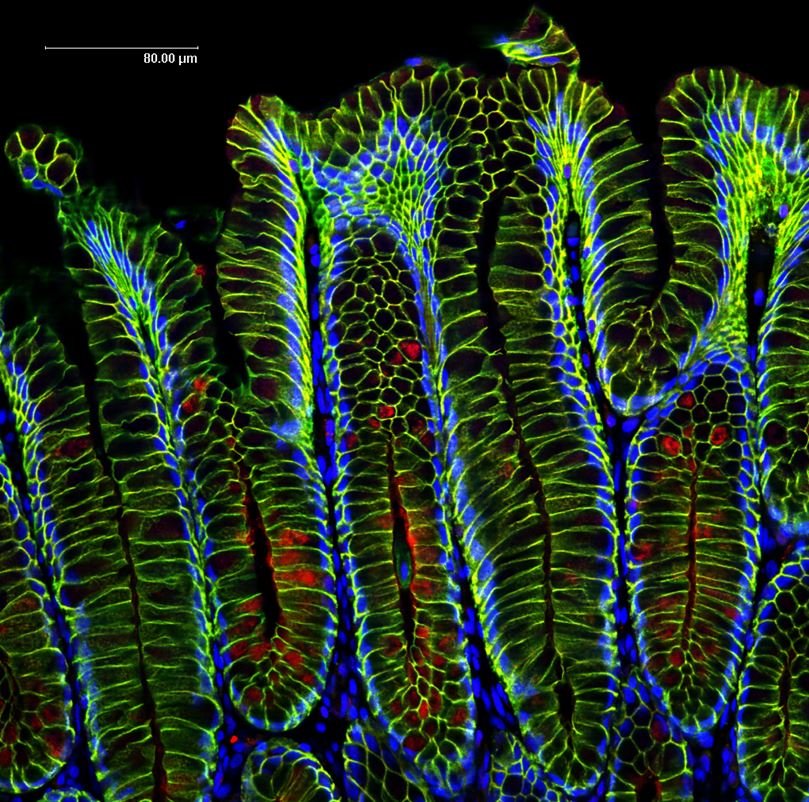 Cross section of stomach glands, showing the outline of individual cells in green and their nuclei in blue. © MPI for Infection Biology

Researchers from the Perelman School of Medicine have discovered new details of lung cell molecular pathways involved in repair and regeneration. 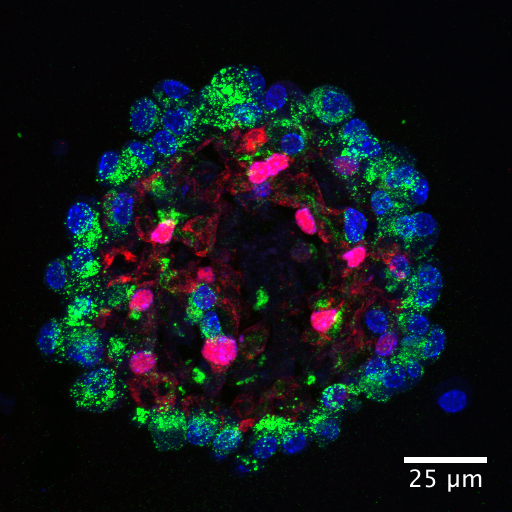 Example of AT2 and AT1 epithelial cell generation in a lung alveolar organoid used to examine MANC and AMP function.  Green staining for surfactant protein C indicates AT2 cells whereas red staining for Hopx  indicates AT1 cells. Credit: The lab of Ed Morrisey, PhD, Perelman School of Medicine, University of Pennsylvania

A team of researchers from UNC have discovered that nasospheroids, small balls formed from nasal cells, are filled with fluid that can help study how a patient will respond to CFTR drugs. 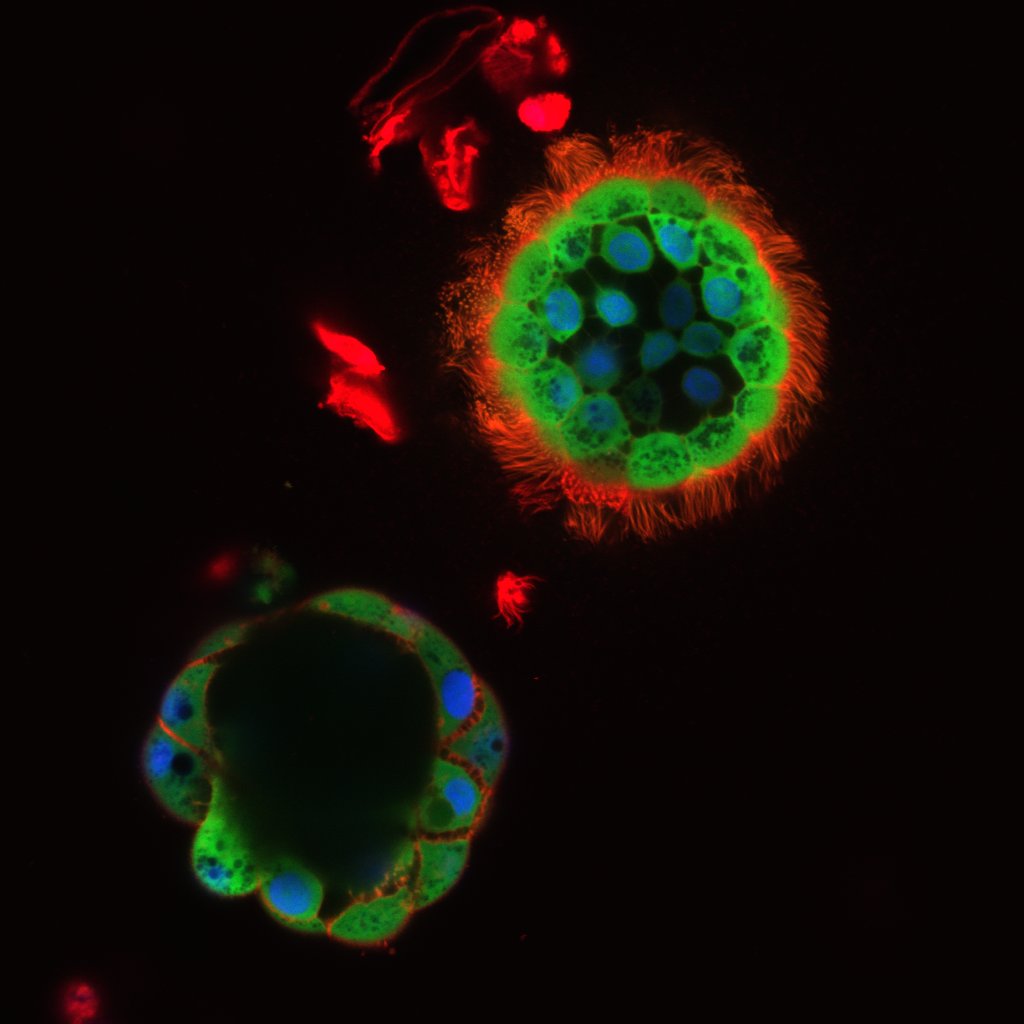 These are nasospheroids that developed from a CF patient's nasal tissue in a dish. UNC researchers are using them to screen the effectiveness of CF treatments. Credit: University of North Carolina

Researchers from the Karolinska Institutet have demonstrated a new way to distinguish between immature and mature stem cells, by identifying cell surface markers.

This is just a small selection of the range of amazing images from 2017. If you have seen any others that you think we should have included, please get in touch we’d love to see them.