Anna is a science writer at Technology Networks. She holds a first-class honours degree in biological sciences from the University of East Anglia, before joining Technology Networks she helped organize scientific conferences.
Learn about our editorial policies
Credit: Pxhere

In 1895, Alfred Nobel left a large part of his fortune to establish the Nobel Prizes. As per his wishes, a portion of this was to be awarded each year to “the person who shall have made the most important discovery within the domain of physiology or medicine”. Since 1901, the Nobel Prize in Physiology or Medicine has been awarded 110 times to 219 Nobel Laureates by the Nobel Assembly at the Karolinska Institute in Stockholm, Sweden.

This year, the prize was jointly awarded to William G. Kaelin, Jr., Sir Peter J. Ratcliffe and Gregg L. Semenza for their discoveries of “how cells sense and adapt to oxygen availability.” Although it has been known for some time the importance of oxygen in sustaining life and the problems that can occur when levels become too low or high, it wasn’t until the winning trio’s discovery that the molecular mechanisms which enable cells to sense oxygen levels and adapt appropriately to fluctuations were uncovered. The prize marks one of several awarded over the years for ground-breaking cell biology research. In this list we highlight seven of these and the remarkable discoveries behind them.

Yoshinori Ohsumi, a Professor at Tokyo Institute of Technology, was awarded the prize in 2016 "for his discoveries of mechanisms for autophagy."

Autophagy is the process of “self-eating” that cells use to destroy and recycle their own cellular components. In the 1990’s, Ohsumi used baker’s yeast to identify the genes and mechanisms underlying the process, leading to greater understanding of the role of autophagy in physiological processes and disease.

In 2013, the prize was awarded jointly to James E. Rothman, Randy W. Schekman and Thomas C. Südhof "for their discoveries of machinery regulating vesicle traffic, a major transport system in our cells."

The winning trio discovered how cells organize the transport of molecules around the cell by encapsulating them in vesicles. Schekman identified the genes required, Rothman the protein machinery, and Südhof the signals. Efficient cellular transport is required for the delivery of many important molecules such as hormones and neurotransmitters, and problems in the system can cause a range of diseases.

Sir John B. Gurdon and Shinya Yamanaka were the laureates in 2012 "for the discovery that mature cells can be reprogrammed to become pluripotent." In 1962, Gurdon used frogs to demonstrate that the specialization of cells is reversible. Yamanaka then showed in 2006, how mature cells could be reprogrammed to immature pluripotent stem cells using reprogramming factors. Pluripotent cells can give rise to all cell types of the body, so the ability to reprogram mature adult cells has advanced the study of development and opened new pathways to treat diseases. 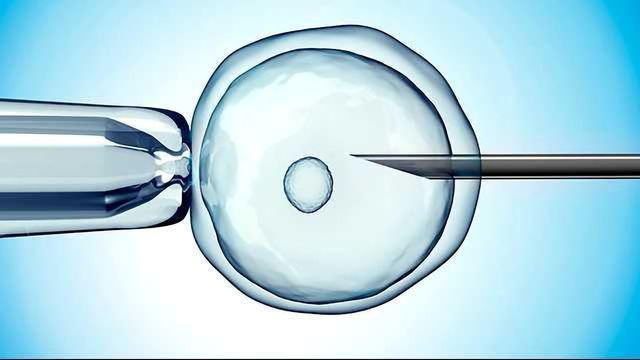 END_OF_DOCUMENT_TOKEN_TO_BE_REPLACED

The Nobel Prize in Physiology or Medicine 2010 was awarded to Robert G. Edwards "for the development of in vitro fertilization."

Edwards discovered principles for human fertilization and in 1969, his work led to the successful fertilization of a human egg in vitro for the first time. Since the first “test tube baby” was born in 1978, human in vitro fertilization (IVF) has resulted in an estimated eight million births to couples who were suffering from infertility.

In 2001, the prize was awarded jointly to Leland H. Hartwell, Tim Hunt and Sir Paul M. Nurse "for their discoveries of key regulators of the cell cycle."

The cell cycle is the process involving the growth of a cell, DNA synthesis and mitosis, to produce two daughter cells. Disruptions to the control of this cycle can lead to diseases such as cancer. Hartwell discovered genes controlling the cell cycle, such as “start”, Nurse identified one of the key regulators, CDK, and Hunt discovered proteins that regulate CDK.

The prize was awarded jointly to J. Michael Bishop and Harold E. Varmus in 1989 "for their discovery of the cellular origin of retroviral oncogenes."

Oncogenes are a large family of genes which control the normal growth and division of cells and are implicated in the development of cancer. In 1976, Bishop and Varmus identified that retroviral oncogenes have a cellular origin and were not true viral genes. Their findings have led to greater understanding of the growth of cells, and how normal cells can transform into tumor cells.

1974 – The Creation of Modern Cell Biology

Albert Claude, Christian de Duve and George E. Palade were jointly awarded the prize in 1974, "for their discoveries concerning the structural and functional organization of the cell."

The Nobel press release from the time stated how their accomplishments were “largely responsible for the creation of modern Cell Biology”. Claude played a large part in the application of the electron microscope for studying animal cells and the development of differential centrifugation. Palade later added important methodological improvements to both and combined the two techniques to make important structural-functional analyses of different cellular components such as the endoplasmic reticulum and ribosomes. de Duve used the techniques to discover lysosomes and the peroxisome.

“What used to be a cell with components, the reality of which was often a matter of dispute and functions as a rule unknown is now a system of great organizational sophistication with units for the production of components essential to life and units for disposal of worn out parts and for defense against foreign organisms and substances,” concluded the Nobel press release.

In addition to these seven examples, several other achievements in cell biology have been recognized by the Nobel Prize over the years, ranging from ion channels, to immunology, to cell death, highlighting the importance of the field to science.