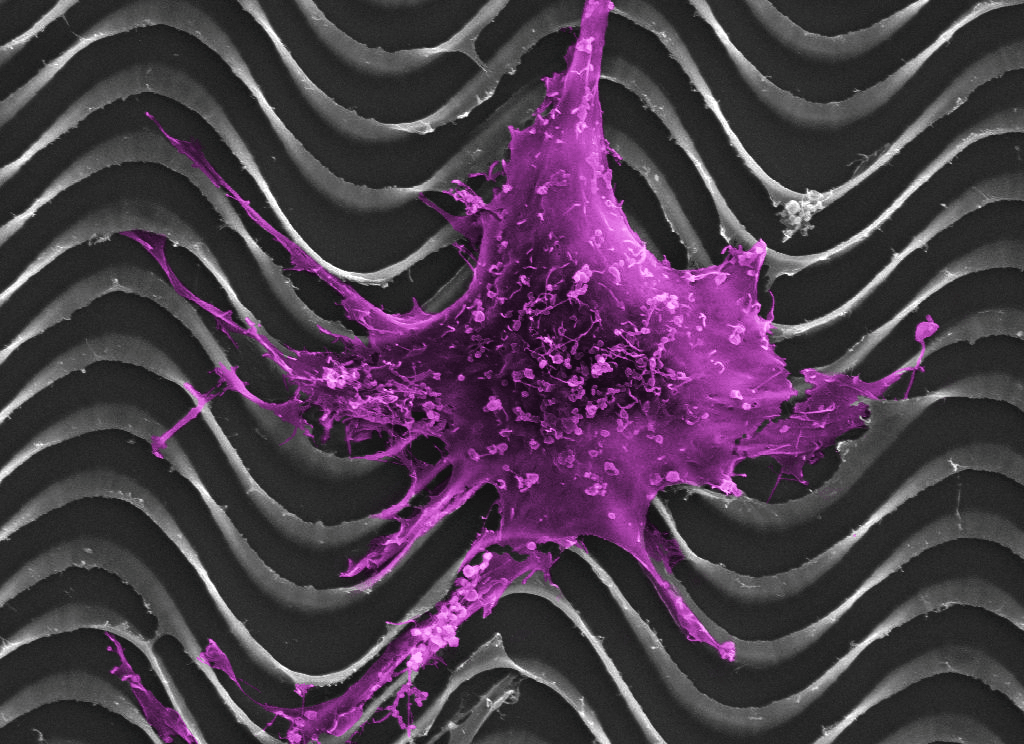 With a unique approach that draws on 3-D printing technologies, a team of University of Wisconsin–Madison researchers is developing new tools for understanding how ovarian cancer develops in women.

About 1.5 percent of American women will be diagnosed with ovarian cancer, but most of them will not be diagnosed until late in the disease’s progression, after the cancer has spread to other parts of the body. This is reflected in the grim outlook for most women: The five-year survival rate for ovarian cancer is about 25 percent.

Paul Campagnola, a professor of biomedical engineering and medical physics at UW–Madison, leads a group of researchers aiming to improve that outlook by understanding how ovarian cancer cells interact with nearby body tissue, and by developing new tools for imaging and detecting the disease. With a $2 million grant from the National Institutes of Health, they will use technology they’ve developed on the UW–Madison campus to develop images of tissues from surgical patients. The first target is collagen, a common protein that gives much of the body structure by holding bones, ligaments and muscles together.

“In most cancers, including ovarian, there are large changes in the collagen structure that goes along with the disease,” Campagnola says. “It might happen first. It might be later. It’s actually not known.”

Campagnola and his colleagues, including Kevin Eliceiri, director of UW–Madison’s Laboratory for Optical and Computational Instrumentation, and Manish Patankar, associate professor of obstetrics and gynecology, hope to eliminate that unknown by printing tiny, 3-D models of the collagen samples.

The models will be biomimetic — synthetic, but mimicking biological materials, as Velcro mimics the burs of a plant — and extremely small. Because, after seeding the models with ovarian cancer cells, the researchers will implant them into mice.

Why not simply inject the mice with cancer cells and skip the painstaking imaging and 3-D printing process? Mice don’t get ovarian cancer — a partial answer for why we still don’t understand ovarian cancer as well as many other cancers.

“What’s different is our tissues will already be 3-D structured,” Campagnola says. “One problem when people study cancer sometimes is that they put cells in a dish. Cells in a dish don’t act like cells in tissue. So we’re trying to give them the tissue structure that cancer cells would have in a native environment.”

From there, they’ll study how the implanted tumours grow inside the mice, and hopefully begin to learn more about the cues and processes involved in the disease’s progression and spread.

It’s an approach that no one has ever attempted, one that will also help improve the way doctors make images of ovaries inside the body.

“The current way that people study ovarian cancer in a mouse is very poor,” Campagnola explains. “They just take human cell lines and then inject them into a mouse. Then some of them will form into a tumour, but most do not.”

“Those are the women we really want to follow,” Campagnola says. “You could imagine — we’re a long way off from this — screening those women every few years with a minimally invasive device through a laparoscope or through the fallopian tubes.”

But to get to that point, Campagnola says, researchers need to know a lot more about how ovarian cancer works.