From Pluripotency to Totipotency

From Pluripotency to Totipotency

While it is already possible to obtain in vitro pluripotent cells (ie, cells capable of generating all tissues of an embryo) from any cell type, researchers from Maria-Elena Torres-Padilla’s team have pushed the limits of science even further. They managed to obtain totipotent cells with the same characteristics as those of the earliest embryonic stages and with even more interesting properties..

Just after fertilization, when the embryo is comprised of only 1 or 2 cells, cells are “totipotent“, that is to say, capable of producing an entire embryo as well as the placenta and umbilical cord that accompany it. During the subsequent rounds of cell division, cells rapidly lose this plasticity and become “pluripotent”. At the blastocyst stage (about thirty cells), the so-called “embryonic stem cells” can differentiate into any tissue, although they alone cannot give birth to a foetus anymore. Pluripotent cells then continue to specialise and form the various tissues of the body through a process called cellular differentiation. 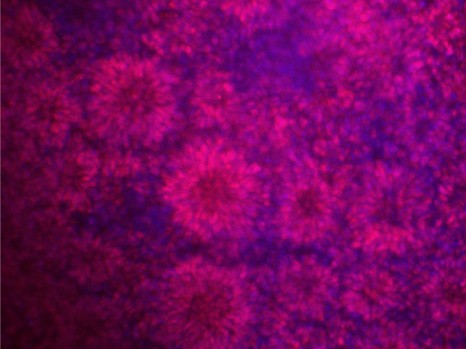 For some years, it has been possible to re-programme differentiated cells into pluripotent ones, but not into totipotent cells. Now, the team of Maria-Elena Torres-Padilla has studied the characteristics of totipotent cells of the embryo and found factors capable of inducing a totipotent-like state.

When culturing pluripotent stem cells in vitro, a small amount of totipotent cells appear spontaneously; these are called “2C-like cells” (named after their resemblance to the 2-cell stage embryo). The researchers compared these cells to those present in early embryos in order to find their common characteristics and those that make them different from pluripotent cells. In particular, the teams found that the DNA was less condensed in totipotent cells and that the amount of the protein complex CAF1 was diminished. A closer look revealed that CAF1 -already known for its role in the assembly of chromatin (the organised state of DNA)- is responsible for maintaining the pluripotent state by ensuring that the DNA is wrapped around histones.

Based on this hypothesis, the Torres-Padilla team were able to induce a totipotent state by inactivating the expression of the CAF1 complex, which led to chromatin reprogramming into a less condensed state.