Two characteristic features of malignant tumours are that they form massive blood vessels and bypass the immune system. A new cell culture technique allows the processes of tumour growth to be studied directly and in real time, without the need for complex experiments using live animals. The researchers at Friedrich-Alexander-Universität Erlangen-Nürnberg (FAU) who developed the technique looked specifically at brain tumours. The team led by neuroscientist PD Dr. Nicolai Savaskan developed a 3D cell culture technique called the Vascular Organotypic Glioma Impact Model (VOGIM) which allows the formation of tumour blood vessels and their interaction with immune cells to be observed over a period of several days in an organotypic context. This new method will allow new medications and therapies to be analysed directly, and enable side effects to be identified more quickly and efficiently than when using conventional cell culture techniques. VOGIM also allows the amount of animal testing required in vascular studies to be reduced. The results of the study by researchers at the Department of Neurosurgery at Universitätsklinikum Erlangen have now been published. 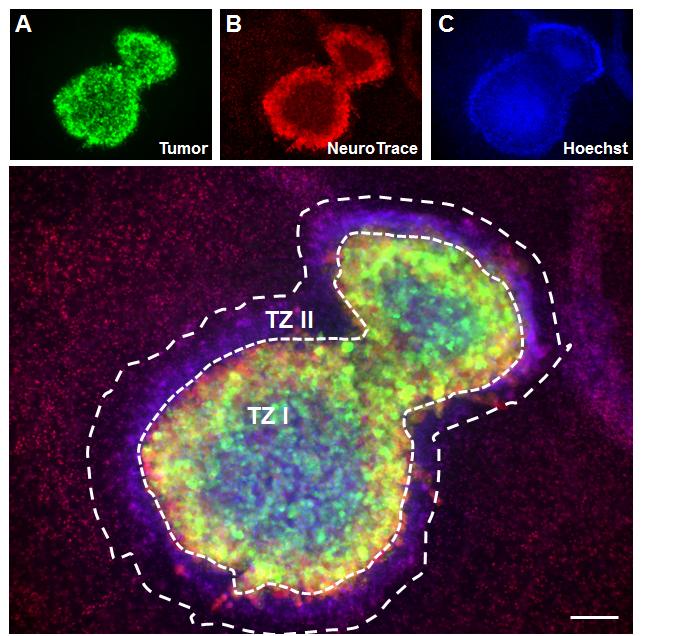 'VOGIM is a complex technique that allows tumours to be studied in real time and under clinically realistic conditions - without the need for live animal testing,' says Dr. Nicolai Savaskan, who led the study. In the technique tissue samples from rodent brains are infected with tumour cells expressing fluorescent reporter genes. The growth of tumour cells and blood vessels, cell death, and the influence of medications on these developments are observed in the experiment. 'Even though VOGIM still requires some animal testing, it is a great technique. It can be used to test the effectiveness of new medications and molecules against gliomas - tumours of the central nervous system - relatively quickly and in a way that is reproducible,' Dr. Savaskan explains. 'We can also use it to study the side effects of almost any medication.' The next goal of the Erlangen-based researchers is to test new hybrid molecules from the plant and animal kingdom in this system in order to quickly develop new treatment strategies.

Brain tumours have destructive effects on the surrounding cells and blood vessels. Accumulations of serum around the tumour are a common symptom. These cause swelling in the brain and increase pressure inside the skull to dangerous levels. In the worst case, the swelling can cause pressure on the respiratory centre above the cervical spine, quickly leading to suffocation. The cause of this swelling in the brain are pathological changes to the tumour blood vessels and disruption of the immune response to the brain tumour. The accumulations of serum are caused by the tumour cells which damage surrounding tissue and cells, making them more permeable. The new VOGIM technique allows the tumour blood vessels and the immune system of the brain to be observed closely and the influence of new therapeutics to be studied in this context.