Ruairi is a senior science writer at Technology Networks. He holds a Master's degree in clinical neurosciences from the University of Cambridge and has written for Technology Networks since 2018.
Learn about our editorial policies
X-shaped chromosomes are stained purple, and telomeres appear as green spots at chromosome tips. When researchers used a novel tool to induce oxidative damage specifically at telomeres, they can become fragile (green arrows), sending cells into senescence. The inset shows an enlarged chromosome with fragile telomeres, indicated by multiple green spots at chromosome tips. Credit: Barnes et al., Nature Structural & Molecular Biology, 10.1038/s41594-022-00790-y (2022)
Read time:

Picture the scene: in your body’s tissues, shambling cells, trapped in a metabolic limbo, stalk your healthy cells, causing inflammation and damage as they go. This is the fate of senescent, or zombie cells. These cells have lost the ability to divide, but remain otherwise functional, acting as drivers of dementia, cardiovascular disease and cancer. New research has revealed how zombie cells are formed, pointing towards therapeutics that could minimize their impact on our healthy lifespan.

The study, published in Nature Structural & Molecular Biology reveals how oxidative damage to the protective tips of chromosomes – called telomeres – can trigger healthy cells to enter senescence. The research team hope that the work could contribute to the development of new drugs to combat diseases of aging and cancer.

“Zombie cells are still alive, but they can’t divide, so they don’t help replenish tissues,” said senior author Patricia Opresko, Ph.D., professor of environmental and occupational health and of pharmacology and chemical biology at the University of Pittsburgh. “Although zombie cells don’t function properly, they’re not couch potatoes — they actively secrete chemicals that promote inflammation and damage neighboring cells. Our study helps answer two big questions: How do senescent cells accumulate with age, and how do telomeres contribute to that?”

What is oxidative damage?

Oxidative damage is the process of cell and tissue damage mediated by an imbalance of molecules called oxygen reactive species (ROS) in cells. ROS play important physiological roles and are produced as a by-product of normal metabolism, but are produced in greater numbers in response to environmental stressors such as pollutants and UV radiation. ROS are thought to play a role in the formation of cancer-promoting modifications to DNA and are therefore a key target in cancer research.

When a healthy human cell divides to form two identical cells, a small piece of DNA is shaved off each chromosome’s tip, so that telomeres become gradually shorter with each division.

Researchers have known for decades that telomere shortening triggers senescence in lab-grown cells, but they could only hypothesize that DNA damage at telomeres over the course of an individual’s lifetime could similarly turn cells into zombies. This was due to the absence of tools that could specifically cause DNA damage at the telomere regions – previously available tools tended to alter sequences throughout the whole chromosome.

The team’s innovation is a new tool that addresses this shortcoming, as Dr. Ryan Barnes, a postdoctoral fellow in Opresko’s lab, explained, “Our new tool is like a molecular sniper. It creates oxidative damage exclusively at the telomeres.”

To achieve its sharp accuracy, the tool uses a special telomere-binding protein. This protein acts like a catcher’s mitt, grabbing hold of light-sensitive dye “baseballs” that the researchers tossed into the cell. When activated with light, the dye produces DNA-damaging reactive oxygen molecules. Because the dye-catching protein binds only to telomeres, the tool creates DNA lesions specifically at chromosome tips.

The team were able to show that in vitro cells entered a zombie-like state just four days after experiencing telomere-specific damage – a much faster process than the weeks or months of cell divisions that it takes to induce senescence via telomere shortening.

“We found a new mechanism for inducing senescent cells that is completely dependent on telomeres. These findings also solve the puzzle of why dysfunctional telomeres are not always shorter than functional ones,” explained Opresko. The researchers found that damage at telomeres disrupted DNA replication and induced stress signaling pathways that led to senescence.

The team now intend to investigate ways to prevent senescence from happening. “For example, maybe there are ways to target antioxidants to the telomeres to protect them from oxidative damage,” said Barnes.

The findings could also inform the development of new drugs called senolytics that hunt and kill zombie cells. 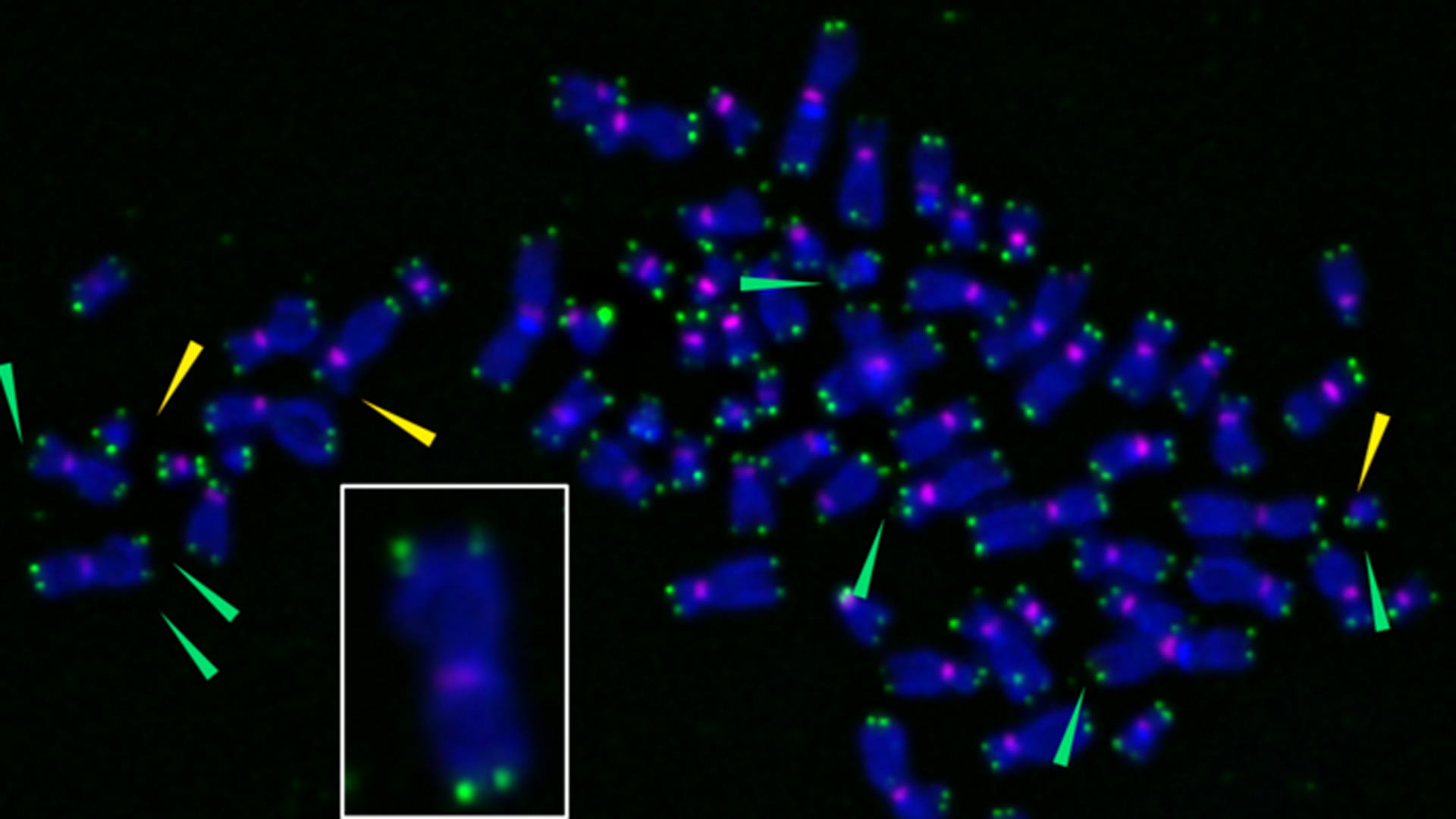 “By reducing the accumulation of zombie cells, which contribute to degenerative diseases, we might be able to promote ‘healthspan’ — the length of time that a person is healthy,” he concluded.

This article is a rework of a press release issued by the University of Pittsburgh. Material has been edited for length and content.