A new method developed by researchers in the UK and Belgium makes it possible to study the epigenome and transcriptome of a single cell at the same time. The protocol helps scientists pinpoint the relationship between changes in DNA methylation and gene expression.

Single-cell sequencing technology has progressed rapidly in recent years, and is widely used to study how gene expression profiles (‘transcriptomes’) vary between cells. Recent single-cell protocols also allow researchers to explore chemical modification of DNA (‘epigenetics’), for example DNA methylation, which is a driving force behind changes to gene expression. Until now, it has only been possible to study single-cell transcriptomes and epigenomes separately.

“This new experimental protocol lets you assay both DNA methylation and RNA of the same single cell in parallel,” says Oliver Stegle of the European Bioinformatics Institute (EMBL-EBI). “Our approach provides the first direct view on the relationship between heterogeneity in DNA methylation and variation of expression in specific genes across single cells.” 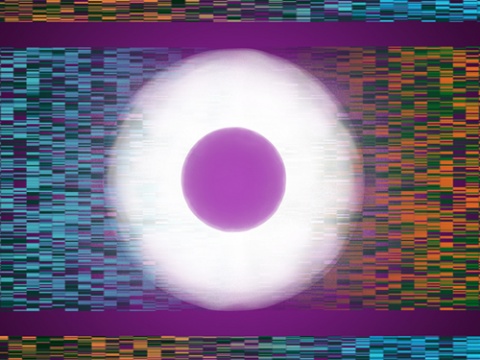 “This new method combines our previously developed protocol for parallel DNA and RNA sequencing with new advances in single-cell epigenetics,” explains says Thierry Voet of the Wellcome Trust Sanger Institute and Katholieke Universiteit Leuven, Belgium. “The result is an optimised approach that maximises the amount of biological information that can be obtained from a single cell.”

To test the method, the group used mouse embryonic stem cells (ESCs) at a stage when they switch continuously between different gene-expression states. Just as in the cells of an early stage embryo, the identity of these cells is fluid rather than fixed. The researchers used two techniques in parallel: one that reveals detailed information about expression (how much variation there is, where that heterogeneity is coming from) and one to study DNA methylation in the same cells. For each cell, they obtained sufficient coverage to study epigenetic and transcriptome diversity of several thousand genes.

“The epigenetic state of ESCs is highly variable, and this variation is associated with changes in gene expression,” explains Wolf Reik of the Babraham Institute and Wellcome Trust Sanger Institute. “Much of the transcriptional variability we see is thought to be driven by modifications of DNA, but now we have a technique that allows us to look at a single cell and discover relationships between DNA methylation and gene expression that were previously unknown. To understand development, it is really important that we pin these relationships down, and get them right.”

“Our statistical approach revealed hundreds of individual associations between variable epigenetic regions and gene expression,” adds Christof Angermueller of EMBL-EBI. “These associations can provide important insights into how pluripotency is maintained and how cell differentiation is regulated.”

Going forward, the researchers expect the new protocol to offer new opportunities to study multiple different molecular layers simultaneously. This will go a long way towards understanding the connection between gene expression and DNA methylation in single cells, and identifying the factors that influence this relationship. Such research has implications for understanding normal development, and changes that occur with ageing and cancer.

The method was developed within the Sanger Institute/EMBL-EBI Single Cell Genomics Centre, a collaborative effort to develop single-cell technologies and apply them to new biological questions.