Regenerative medicine is a new and expanding area that aims to replace lost or damaged cells, tissues or organs in the human body through cellular transplantation. Embryonic stem cells (ESCs) are pluripotent cells that are capable of long-term growth, self-renewal, and can give rise to every cell, tissue and organ in the fetus's body. Thus, ESCs hold great promise for cell therapy as a source of diverse differentiated cell-types. Two major bottlenecks to realizing such potential are allogenic immune rejection of ESC-derived cells by recipients and ethical issues. 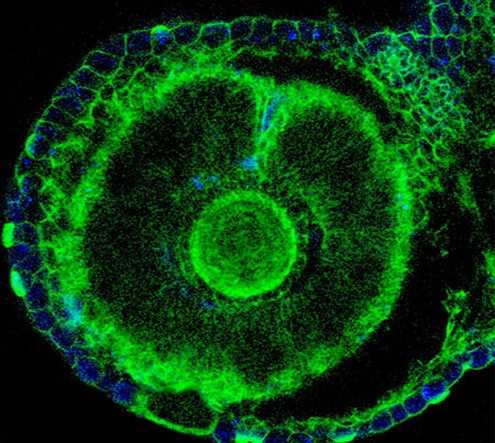 This discovery opened an attractive avenue that resolves both the ethical issue and the immune rejection problem of ESCs and the need for donor cells.

Now, researchers from the Hebrew University of Jerusalem, led by Dr. Yosef Buganim at the The Institute for Medical Research Israel-Canada (IMRIC) in the Faculty of Medicine, have succeeded in converting skin cells into stable and fully functional placenta-generating cells (also termed induced trophoblast stem cells (“iTSCs”)). Dr. Buganim is at IMRIC's Department of Developmental Biology and Cancer Research.

The placenta is the least understood human organ, but arguably one of the most important ones. It influences not only the health of a woman and her fetus during pregnancy, but also her lifelong health.

Recurrent miscarriage and other placental insufficiency occur when the placenta does not develop properly, or is damaged. Placental dysfunction diseases are associated with low birth weight, premature birth and birth defects. One such disease is fetal growth restriction (FGR, also termed intrauterine growth restriction [IUGR]), that tends to display mild mental retardation and in severe cases causes fetal death. They also carry increased risk of complications for the mother. To date, tools to model or treat these diseases are limited because all attempts to isolate propagate the human placenta precursor cells in the dish have failed.

In an attempt to generate full-function placenta-generating cells, Dr. Buganim and colleagues screened for genes that support the development of the placenta in the mouse model. They identified three genes (Gata3, Eomes and Tfap2c) that when introduced into skin cells, they could initiate a cell fate program that completely converted the skin cells into stable and fully functional placenta-generating cells. These skin-derived TSCs look like native TSCs, and function and contribute to developing placenta.

Now, the main focus of the Buganim lab is to apply their technology to generate fully functional human placenta-generating cells.

The success of this study will grant a real chance for women who suffer from recurrent miscarriage and placental dysfunction diseases to have healthy babies. It is important to note that these cells do not hold any risk since they integrate only into the placenta and not to the embryo itself.