Molly Campbell is a senior science writer at Technology Networks. She holds a first-class honors degree in neuroscience. In 2021 Molly was shortlisted for the Women in Journalism Georgina Henry Award.
Learn about our editorial policies
A collection of cardioids. Credit: The Mendjan Lab.

Using human pluripotent stem cells, scientists have created cardiac organoids – known as cardioids – that spontaneously organize themselves to develop a hollow chamber. Their research is published in the journal Cell.1

Organoids, often referred to as "mini-organs", are useful tools in biomedical research as they provide an intermediate modeling platform that sits between 2D cell cultures and animal models. They can be utilized to study the molecular underpinnings of certain diseases, to test the effect of pharmacological agents on tissues and to study developmental biology. 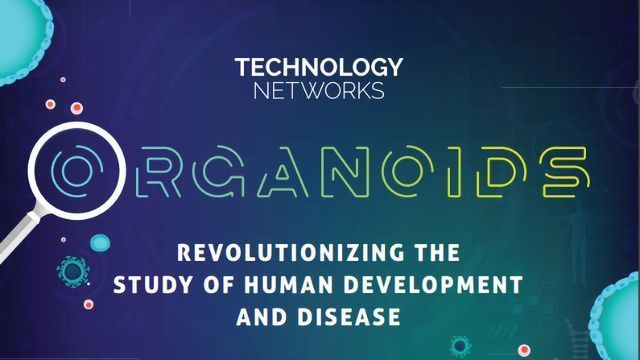 END_OF_DOCUMENT_TOKEN_TO_BE_REPLACED

Organoids are generated using either embryonic, adult or induced pluripotent stem cells (iPSCs). Several different types of organoids have been developed, including cerebral, gut, intestinal and cardiac organoids, or "cardioids".

"We need cardiac organoids to understand human development and to understand how human congenital heart defects arise. Two percent of children have a congenital heart defect and we don't know why," explains Dr Sasha Mendjan, a biologist and group leader of the Mendjan lab at the Austrian Academy of Sciences in Vienna. "We also need cardiac organoids to start modeling adult diseases, such as injuries to the heart by infarction, anticancer drugs, the effects of pollution, coronavirus, etc."

The traditional bioengineering methods used to generate artificial heart tissues have relied on the use of cellular scaffolds. This structured approach to their creation does not reflect the natural processes that occur in vivo during cardiac development, and thus lead to architectural abnormalities. This makes it challenging for scientists to model what happens in real cardiac tissue, Mendjan explains: "The engineered systems were good at measuring electrical outputs or direct muscle strength, but all the aspects mentioned previously cannot be modeled." How the organ develops is just as important as the end-product, he explains.

Mendjan and colleagues decided to try a different approach to generating cardiac organoids, one that reflected the molecular mechanisms that take place in the natural development of cardiac tissue. They focused on self-organization, defined as the emergence of an overall order in time and space of a given system that results from the collective interactions of its individual components.2 "Self-organization is how cells rearrange and change over time as they assemble into a structure that resembles parts of a real tissue," Mendjan describes. He emphasizes that it can be witnessed in nature; consider a snowflake's shape, or how birds behave in a flock. "This is difficult to engineer [in cells] because there seems to be no plan, but still, something very ordered and robust comes out," he adds.

The scientists' approach to encouraging self-organization in human pluripotent stem cells (hPSCs) was to activate six known signaling pathways involved in cardiac development in a specific order: activin, bone morphogenic protein (BMP), fibroblast growth factor (FGF), retinoic acid and Wnt. "Others worked in the past using only a subset of these signals because it was deemed that not all might be essential in the dish," Mendjan explains. They also opted to not use extracellular matrix scaffold (ECM) proteins to form the organoids.

The innovation in this method is its simplicity, according to Mendjan: "In essence we have only the stem cells, media and the six signals known to be important for early heart development – we apply them at the correct time and dosage and then let the cells do the magic for us." As the cells differentiated in the study, they began to form separate layers, mimicking the walls of the heart, and by day seven, they had organized into a 3D structure with "chamber-like" morphogenesis that contracted in a rhythmic manner to move liquid throughout the cavity.

Mendjan and colleagues subjected the cardioids to cryoinjury – essentially using a cold steel rod to freeze and kill certain cells in the model. "This is a method to model the consequences of a massive heart attack and damage upon infarction – so, many cells die. We could (for the first time) study how the cardioids try to start repair the damage," he says.

The researchers' next steps will be to grow cardioids that possess multiple chambers; in this study, they modeled the early left ventricular chamber, which Mendjan highlights as a limitation. "Other chambers of the heart are missing and we are working on it. Also, these are still immature chambers and they miss hallmarks of a more developed organ that is bigger and stronger," he adds. The team will also endeavor to coax the cardioids to grow to the size of a real heart, and model various human birth defects.

Mendjan hopes that, eventually, the organoids will have an impact on the number of therapeutics that reach the market for cardiac diseases; the greater the validity of a model when testing a novel drug for a condition, the more likely that drug will be considered for clinical testing by pharmaceutical companies. He emphasizes that the model is simple enough for other labs to adopt and conduct further research.