Complete the form below and we will email you a PDF version of "“Secret Sauce” for Personalized, Functional Insulin-Producing Cells" 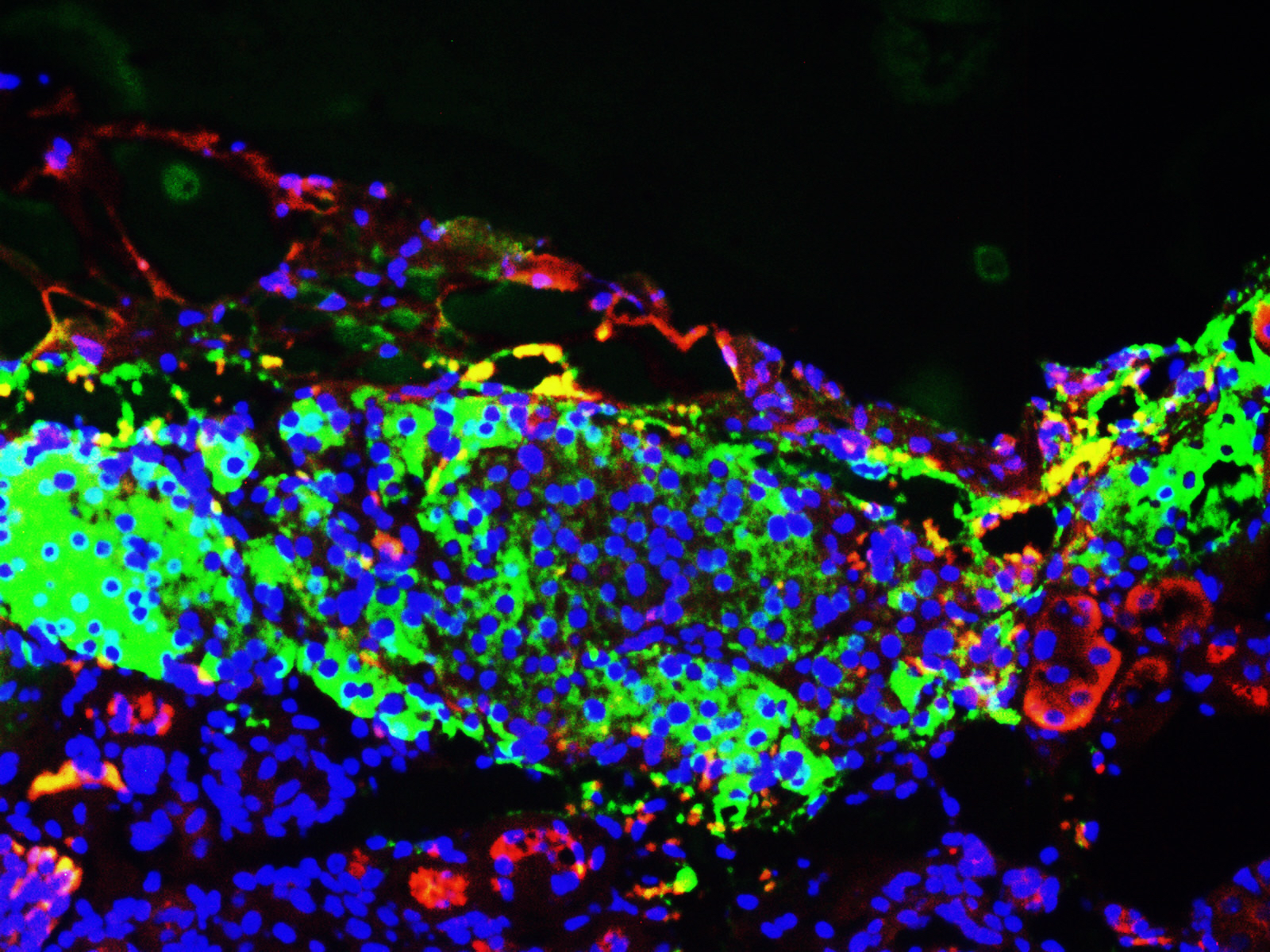 Salk scientists have solved a longstanding problem in the effort to create replacement cells for diabetic patients. The team uncovered a hidden energy switch that, when flipped, powers up pancreatic cells to respond to glucose, a step that eluded previous research. The result is the production of hundreds of millions of lab-produced human beta cells—able to relieve diabetes in mice.

For more than a decade, scientists across the globe strived to replace failing pancreatic beta cells linked to immune destruction in children (type 1 diabetes) or obesity-associated diabetes in adults (type 2 diabetes). Although cells made in a dish were able to produce insulin, they were sluggish or simply unable to respond to glucose.

“We found the missing energy switch needed to produce robust and functional human beta cells, potentially turning this discovery into a viable treatment for human diabetes,” says Ronald Evans, co-senior author and director of the Gene Expression Laboratory at Salk. The new work was published in Cell Metabolism on April 12, 2016.

The Salk technology begins with induced pluripotent cells (iPSC), a stem cell technique where tissue from a patient—such as skin—is reprogrammed into other types of cells, such as from the pancreas. This step yields the pre-beta cells, which produce insulin but are not yet functional. While several research groups reached this juncture, the road forward to functional cells was not clear.

“Pancreatic beta cells must be able to do two things to work effectively: respond to glucose and produce insulin,” says Evans, who is also a Howard Hughes Medical Institute investigator and the March of Dimes Chair in Molecular and Developmental Biology. “No one had been able to figure out how to make pancreatic cells from human patients that can do both until now.”

The Salk team closely studied the basic biology of a beta cell and uncovered several molecular switches, called transcription factors, that were switched off but might control the transition to a fully functional state. The ‘secret sauce,’ the Salk team found, was one particular switch the Evans lab had studied for years for its role in cell signaling. This protein switch, called ERR-gamma, turned out to be crucial to awaken silent beta-like cells that could now respond to glucose and release insulin accordingly.

“This advance will result in a better controlled insulin response than currently available treatments,” says Michael Downes, co-senior author and a Salk senior staff scientist. “Previously there was nothing known about the maturation process in beta cells. We peeked into that black box and now we know what’s going on.” He adds that the team’s technique is an easy, fast and inexpensive way to make transplantable human pancreatic beta cells in a dish that genetically match patients.

“When we added ERR-gamma to pre-diabetic beta cells in a dish, we successfully created a glucose-responsive, beta-like cell,” says Eiji Yoshihara, first author of the paper and a Salk research associate. “And when we remove ERR-gamma from animals, the glucose response is eliminated, proving that the factor is the master regulator of maturation for the beta cell.”

But can these beta cells successfully treat diabetes? The Salk researchers found that, indeed, when the matured beta cells were transplanted into type 1 diabetic mice, the procedure quickly rescued their diabetes. “Hopefully, this mirrors what would happen in the clinic—after someone is diagnosed with diabetes they could potentially get this treatment,” says Evans. “It’s exciting because it suggests that cells in a dish are ready to go.”

The researchers hope to move to human trials within the next few years.