Complete the form below and we will email you a PDF version of "Self-Assembling, Biomimetic Membranes May Aid Water Filtration"

This biomimetic membrane is composed of lipids -- fat molecules -- and protein-appended molecules that form water channels that transfer water at the rate of natural membranes, and self-assembles into 2-dimensional structures with parallel channels.

"Nature does things very efficiently and transport proteins are amazing machines present in biological membranes," said Manish Kumar, assistant professor of chemical engineering, Penn State. "They have functions that are hard to replicate in synthetic systems." 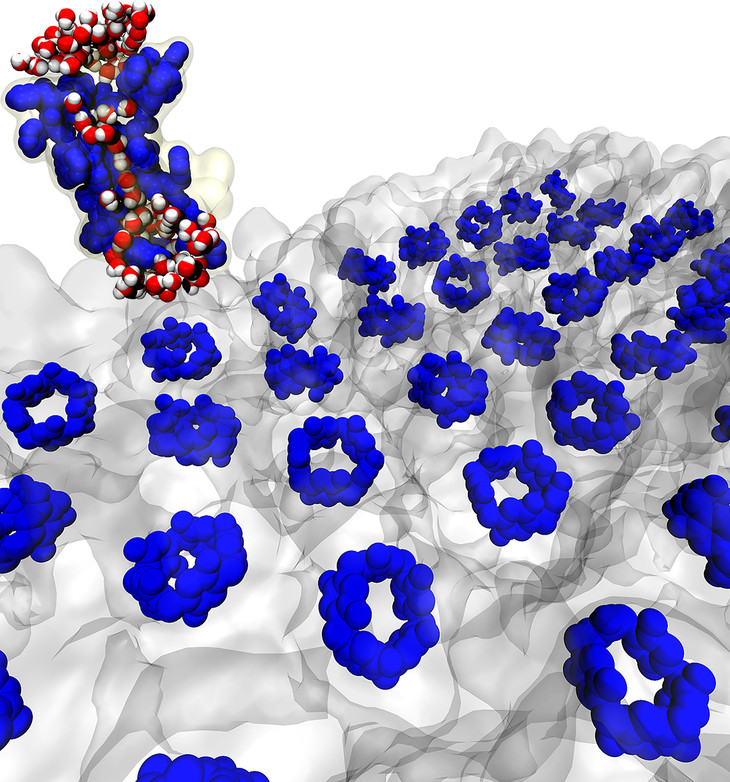 The researchers developed a second-generation synthetic water channel that improves on earlier attempts to mimic aquaporins – natural water channel proteins -- by being more stable and easier to manufacture. The peptide-appended pillar[5]arenes (PAP) are also more easily produced and aligned than carbon nanotubes, another material under investigation for membrane separation.

"We were surprised to see transport rates approaching the 'holy grail' number of a billion water molecules per channel per second," said Kumar. "We also found that these artificial channels like to associate with each other in a membrane to make 2-dimensional arrays with a very high pore density."

The researchers consider that the PAP membranes are an order of magnitude better than the first-generation artificial water channels reported to date. The propensity for these channels to automatically form densely packed arrays leads to a variety of engineering applications.

"The most obvious use of these channels is perhaps to make highly efficient water purification membranes," said Kumar.