The team describes a new approach for predicting developmental neurotoxicity that uses stem cells to model features of the developing human brain that could be targeted by toxic chemicals or drugs. 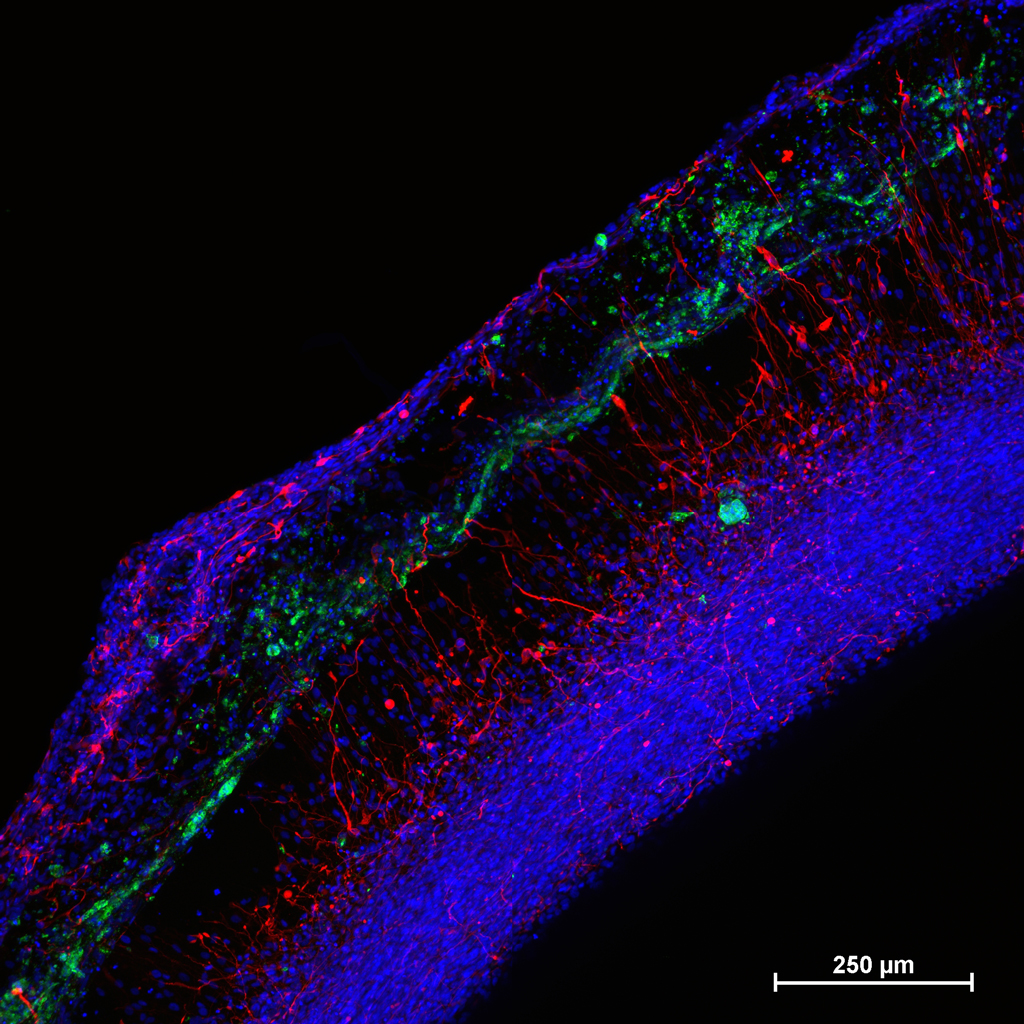 "Several things about this project surprised us," says Michael Schwartz, an assistant scientist in biomedical engineering at UW-Madison and co-lead author of the study with Zhonggang Hou of the Morgridge Institute (now a researcher at Harvard University). "In the beginning, we weren't expecting the kind of complex neural tissues that were ultimately developed."

RNA sequencing data was collected from neural tissue constructs that were individually exposed to 60 different "training" chemicals - both safe compounds and known toxins - and machine learning was used to build a predictive model from these results.  The algorithm proved remarkably accurate: After training with known chemicals using duplicate samples and two time points (240 neural constructs in total), the model correctly classified nine out of 10 additional chemicals in a blinded trial.

Schwartz says this new screening method offers a valuable bridge between testing a single layer of cells in a dish and testing on animals. "These model neural tissues capture a lot more of the complexity than you would find in a monolayer of cells," he says. "They also mimic human physiology, and should be more relevant for predicting toxicity than animal models. The fact that we could apply a machine learning model to achieve 90 percent accuracy this early in the process is fantastic."

"The current toxicity screening tests use multi-generational rat studies and cost about $1 million to test one chemical," he says. "So we need a really high-throughput way to test these compounds, figure out which ones may be the bad actors, then focus on those with more traditional methods."

Schwartz says the RNA sequencing data generated by this study will be beneficial to future studies by helping to identify potential toxic profiles or fingerprints. "These datasets provide valuable information about changes in gene expression that researchers can mine to better understand mechanisms that might be disrupted during human brain development," he says.

One unique element of the project is the level of consistency achieved across hundreds of samples - especially given the cellular diversity of the neural tissue model, which included neurons, glial cells, interconnected vascular networks, and microglia, which is the immune cell of the central nervous system. The neural tissue constructs developed in this project are the first to incorporate vascular and microglial components into a 3D model of brain development derived from human pluripotent stem cells.

The synthetic material used to help the tissues grow was a key part of the early success of this work. "These hydrogels are minimally complex in that they only present peptides that allow the cells to attach and degrade the matrix. The cells will do the rest of the work on their own - biology does a better job forming tissues than we do," Schwartz says.

In the original proposal, Thomson notes that "if appropriately specified, precursor cells are brought together in the right environment, a degree of self-assembly, differentiation, and maturation will occur." The synthetic materials used to culture the cells were key to achieving the consistency needed to successfully screen so many samples.