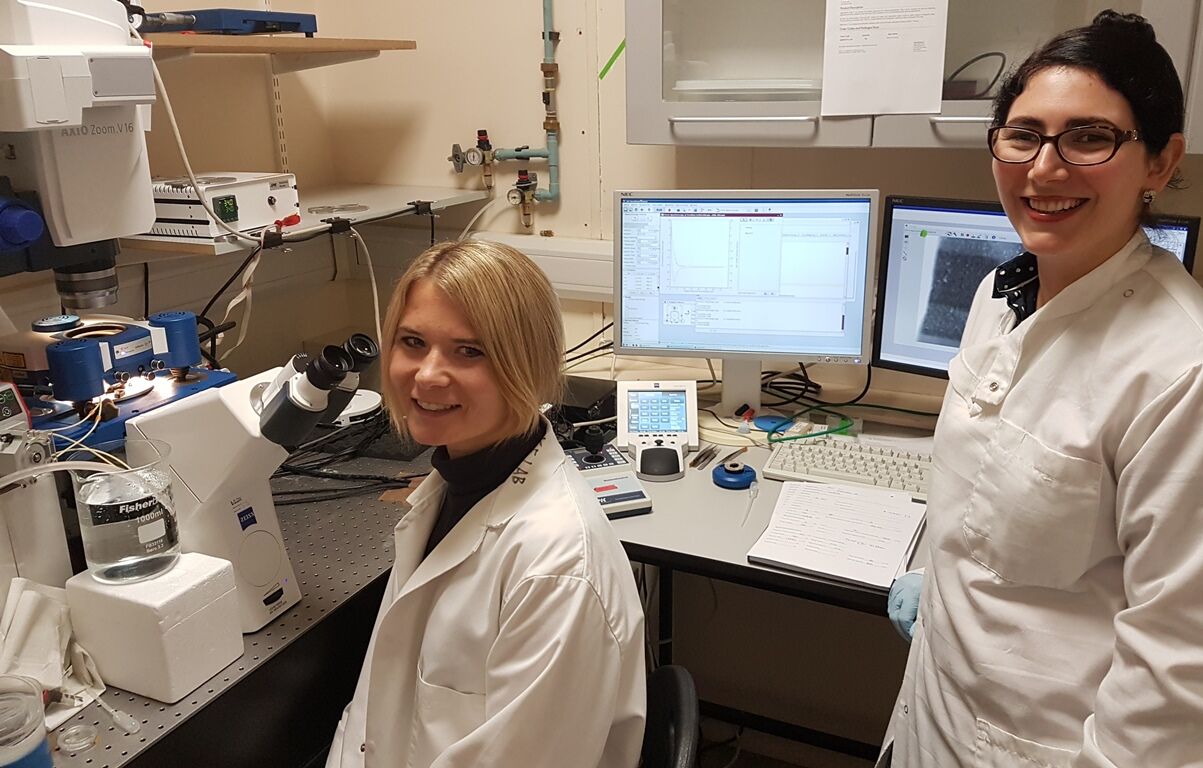 Dr Kristian Franze is a lecturer in the Department of Physiology, Development and Neuroscience at the University of Cambridge. His major goal is to understand when, where and how mechanical signals, such as forces and local tissue stiffness, are involved in controlling cell development and function in the nervous system. With their JPK systems, they particularly want to figure out how the mechanical environment of cells in the central nervous system (CNS) looks like in the developing embryo as well as in regenerating spinal cord and brain tissue.

Using AFM and CellHesion® techniques among other microscopies, both commercial and custom-made, Dr Franze and others have shown that nervous tissue is mechanically heterogeneous. Furthermore, they found that neurons constantly exert forces on their environment and that both neurons and glial cells respond to mechanical cues. Understanding how and when CNS cells actively exert forces and respond to their mechanical environment will shed new light on CNS development and could eventually lead to novel biomedical approaches to treat or circumvent pathologies that involve mechanical signaling.

While AFM is well-accepted, the addition of a CellHesion® module greatly increases the force measurement capabilities. It provides the quantification of single cell-cell and cell-surface interactions under physiological conditions. In parallel to these forces, cytomechanical characteristics including stiffness and elasticity can be determined. In Dr Franze's group, the CellHesion® setup enables the measurement, for example, of brain tissue stiffness in living frog embryos with cellular resolution and the simultaneous observation of how fluorescently labelled neurons grow in that region.

Dr Franze has been using NanoWizard® AFMs from JPK since 2002 when he bought his first system as a PhD student. He has continued to select systems from JPK ever since. Discussing his reasons for choosing systems from JPK, he says, “I very much appreciate the long working distance in z of 100 µm. This is key for the raster measurements of whole tissues in living embryos. I also like the ability of the Experiment PlannerTM which allows us to easily design our own experiments. The support we get from JPK's Alex Winkel is quite superb and underscores why we have such a great relationship with the company.”