Complete the form below and we will email you a PDF version of "3D Cell Culture: Will Organoids Add a New Dimension to Disease Modeling?"

Complete the form below to unlock access to this Audio Article: "3D Cell Culture: Will Organoids Add a New Dimension to Disease Modeling?"

It’s no secret that drug development is a lengthy process with a high failure rate. Over 90% of drug candidates fail – and that’s just of the candidates that make it to a Phase I clinical trial. A further 70–80% fail in humans due to a lack of clinical efficacy or unmanageable toxicity.1 Prior to clinical testing, researchers rely on testing drug candidates in disease models such as cell lines and animal models.

The knowledge gap between these two models is vast. Animal models are touted as the gold-standard of preclinical testing, but they are limited by the species barrier – variations in physiology and disease manifestation, as well as differences in immune system and treatment responses, between humans and these models.2 They are also costly and time consuming to breed and validate,3 especially for new disease indications. Though these models offer a thorough systems-level analysis, they simply do not reflect the biology of humans.

Cell lines, some controversially immortalized from patient cells decades ago,4 are far more affordable. However, these two-dimensional (2D) tissue cultures are unrepresentative of how cells behave in the body. Cell lines are often used as inexpensive, rapid options for preclinical studies but are subject to genetic drift – cumulative gene mutations over time – potentially causing validation issues.5

The emergent field of three-dimensional stem cell cultures – commonly known as organoids – may be able to cover some of the shortcomings of each of these standard preclinical disease models, enabling scientists to investigate deeper research questions. This article explores the world of organoids, their benefits and limitations, and where they may play a role in the future of disease modeling.

An overview of organoids

Organoids are three-dimensional (3D) in vitro cell cultures produced from patient or donor-derived stem cells. They self-organize and differentiate according to the target organoid type, resembling a “mini-organ”. While organoid biology reflects the original tissue, the organoid does not replicate its physical anatomy, nor do organoids generally possess cells that would be present in the patient or donor beyond the tissue of interest, such as immune cells or vascular tissues.

The term “organoid” has come to describe 3D cell cultures that self-organize into distinct tissues from stem cells. The first organoid paper was published in 2008, when cortical neurons were produced from embryonic stem cells and self-organized into cortical tissue with distinct zones.6 This was soon followed by intestinal organoids generated from multipotent intestinal adult stem cells (ASCs), paving the way for creating patient-derived organoids.7  Since then, organoids for a variety of other tissues, including the lung, liver, brain and pancreas, have been created.8

Making an organoid relies on a scaffold to help the stem cells organize themselves in the absence of the body’s connective tissues. Dr. Nicholas Jinks, a specialist in intestinal organoids and research fellow at the University of Nottingham’s School of Medicine, explains: “Because they are three-dimensional models, they need physical support in the same way that the rest of your body would. If you try and grow a three-dimensional model without support, it simply fails to develop and dies.”

Organoids are also quite fragile and highly dependent on precise cocktails of growth factors and culture conditions to minimize stress and maintain their ability to propagate.

“You've also got a lot of factors that govern their proliferation in the sense that because these are stem cells, they are expected to endlessly proliferate in a very accurate manner. That stem-ness must be controlled and facilitated in the organoid cultures because the whole point is to grow them. If we can't make more of them, the model only has a very limited use,” explains Jinks. 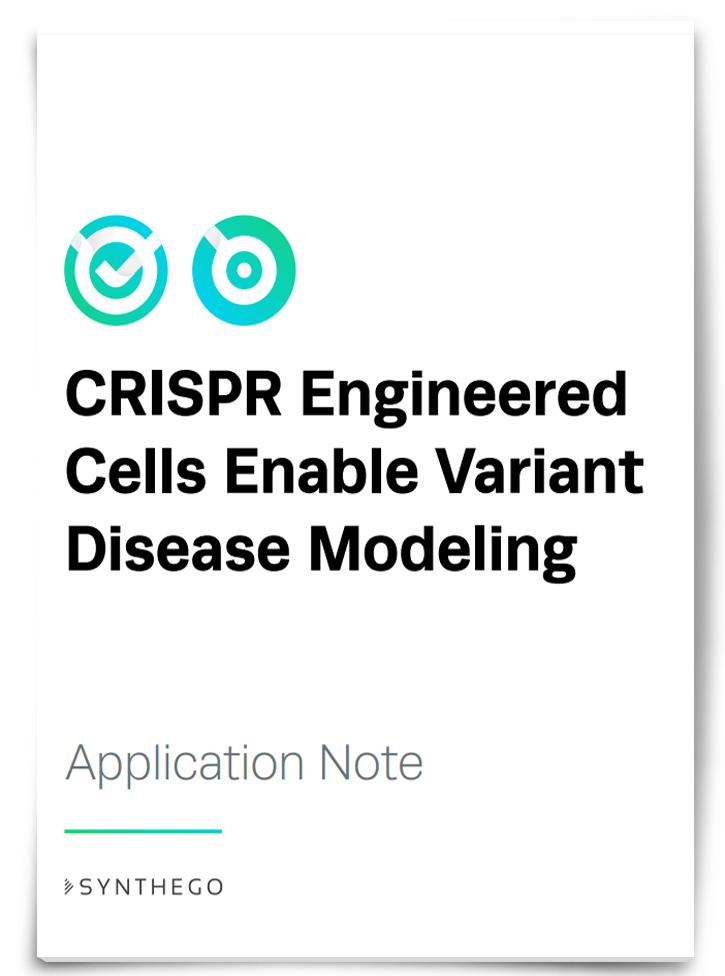 The role of stem cells in making an organoid

Stem cells are the building blocks of organoids. These can be patient-derived ASCs as in the original organoids, or they may be induced pluripotent stem cells (iPSCs) derived from either healthy donors or patients themselves. Once the stem cells are obtained, they are differentiated into the correct tissue by exposing them to specific growth factors, depending on the target. Once differentiated, these cells are embedded into a 3D structure.

Stem cell differentiation into the target cell type must be triggered precisely and some tissues are more amenable than others to differentiation. Dr. Sara Cuevas Ocaña, a research fellow at the University of Nottingham’s School of Medicine whose work focuses on organoids of the lung, uses iPSCs. She describes the difficult nature of coaxing these cells into the correct differentiation.

“When you want to replicate the endoderm, the inner part of the body, mimicking the embryo development process, you need to carefully tailor the concentration of growth factors and tightly adjust the signals provided to the cells. Otherwise, the cells follow their own nature towards other organs such intestine, liver or pancreas. You literally always must lead the cells down the pathway to, in our case, lung.”

The genetic background of a patient plays an important role in specific diseases. In patient-derived organoids, this background is encoded within the organoids and genetic modification tools can aid researchers in revealing how genetics may play hidden roles in some diseases, as in Dr. Ocaña’s current research on idiopathic pulmonary fibrosis.

“We have patient samples that we have reprogrammed to induced pluripotent stem cells and then differentiated into lung organoids. We're trying to find if there's any effect of the genetics in developing this devastating disease and if we could predict that having some certain genetic features would predispose patients to suffering this disease later in life,” says Ocaña.

“There are so many mutations in that gene that can all lead to having cystic fibrosis. Cystic fibrosis organoids came about shortly after the first organoids were made. Having the right culture conditions, because you only play with one gene at a time, we can generate organoids in the lab that recapitulate patient specific symptoms,” she says.

These models are more rapidly generated than animal models and, because they are patient-derived, are much more specific for testing therapeutics.

Filling the gap between 2D and in vivo disease models

The gap between the current disease models of cell lines and animal models is exceptionally large. Organoids, however, may offer advantages of both types of disease model.

“Organoids have a unique position in biochemistry, in pharmaceutical research and in genetic modeling in the sense that, because you can derive them directly from patients – especially from patients with notable genetic diseases – and then grow them precisely in a lab, these organoids will accurately reflect pharmaceutical or genomic abnormalities of the patients. They're very useful tools for plugging this big gap we have in our research methodology,” says Jinks.

Beyond target discovery and disease research, these models may be useful for preclinical testing of new drugs and even determining the best course of treatment for a current patient.

“Hypothetically, if I grow intestinal organoids from a patient’s colorectal cancer cells, I could grow lots of these patient-derived organoids in the lab and then treat them with 50 different chemotherapeutic drugs. Whichever chemotherapeutic produces the best results in the organoids is likely to have similar results in the patient. So, instead of an oncologist treating the patient with all of these different chemotherapeutics where the responses can’t be accurately predicted, I can simply grow the organoids, figure out which 10 drugs are most likely to work, and say to the oncologist don't worry about those other ones, start with these,” says Jinks.

Pioneering work on organoids for cystic fibrosis have accelerated therapeutic research – breakthroughs are already being applied in developing treatment options using these cellular tools. A new class of drugs called CFTR modulators, when tested in patient-derived organoids, determined which drug combination would work best for individual patients without the need for lengthy animal model testing.9

“That's one of those scenarios where organoids have been a complete revolution of how we treat patients and how we approach new clinical trials. All of this research just wouldn't be possible through animal models because it would take a lot more resources and time. They wouldn't get to the patients in time,” says Dr. Ocaña.

Are 3D cell cultures the future of disease modeling?

Organoid models appear to offer more practical and valuable insights information than simple 2D in vitro cell cultures and, in the best cases, can even replace certain costly or time-consuming animal models for diagnostic and treatment purposes. But this technology faces its own challenges. Producing an organoid relies on many delicate steps that are not always standardized between labs, and there appears to be little consensus in the field on how to go about this.

“Whether we're at the point that we should be standardizing systems, giving the advantage that everybody would use exactly the same conditions, or whether not allowing this variability would stop or prevent further development and potentially reaching better conditions [is] still being debated within the field,” says Ocaña.

Nevertheless, the organoid model may have a place in the disease modeling toolkit, even if they cannot replicate animal systems.

“It’s really up to the research questions. 3D cell culture lets you capture different cell types in a way that better represent human physiology than 2D cultures. If we compare to in vivo animal models, it’s a complementary tool. As much as we want to mimic what happens in the body, and despite very promising advances in this field, organoids won’t have the same complexity to replicate a whole animal, in terms of toxicology for example,” adds Ocaña.

In an age where biology is becoming increasingly multidisciplinary – overlapping the fields of machine learning, genomics and data science – the vision of organoids as a complementary pillar of disease modeling may come to revolutionize the way researchers approach the understanding and treatment of complex disease indications in humans.