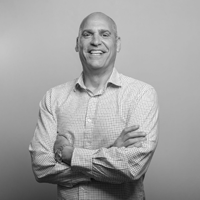 Phil Groom is a key opinion leader in the diagnostics sector. He is a published author and has 20+ years' experience in the pharmaceutical industry.
Learn about our editorial policies
Credit: Pixabay

Before 2020, the words “lateral flow” meant little to anyone outside the scientific community. When talking to people unfamiliar with lateral flow, those working with the technology would often have to use the example of the home pregnancy test as a shorthand. Now, thanks to COVID-19, lateral flow is no longer an unknown – as we can see from Google Trends, the term has entered the public consciousness. That is because across the world, rapid lateral flow tests are being used by governments and health authorities to screen huge numbers of people who don’t have COVID-19 symptoms.

In the UK, the government has said that regular rapid testing using lateral flow tests will be “fundamental” in helping to prevent future outbreaks. England has had a mass testing system in place since March, and now people are being encouraged to take two tests a week to help keep COVID-19 infection rates low.

It is positive that governments and health agencies see regular lateral flow testing as a way out of this pandemic and back to normality. But more than that, it is also a vital part of the recovery of our health systems – a way to help ease some of the huge burdens that COVID-19 has placed on hospitals and those who work in them. Likewise, schools, colleges, universities and nursing homes have been using lateral flow to reopen safely.

What about the future? Where does the technology go from here?

COVID-19 won’t be the last pandemic we see in our lifetime, so lateral flow must be seen as the mainstream way of rapidly testing for a wide range of infectious diseases at scale, such as HIV, Ebola, malaria, Zika virus and flu variants.

But outside of infectious diseases, lateral flow can also bring affordable diagnostics to large numbers of people, opening up and democratizing healthcare across the world. Now the benefits are more widely known – affordability, portability, accuracy and speed – there is a huge opportunity for test developers and manufacturers to really push for the wider adoption of the technology.

Why not give people access to a range of quick, affordable and accurate tests they can perform at home so they can screen themselves for a variety of health conditions? By doing this we can cut the number of people becoming patients, further reducing the burden on healthcare systems.

Lateral flow has the potential to become a part of daily life. As well as home pregnancy and fertility tests, people could test themselves for sexually transmitted diseases, vitamin D deficiency, food allergens, high levels of cholesterol, or for cardiac markers that might indicate heart disease. Every test taken at home saves public money and puts people in control of their own health and wellbeing. And it is not just human health in which lateral flow can have an impact. The technology is already widely used to detect diseases in animals – both domestic and livestock – in food safety – to test for foodborne pathogens and contaminants – and in environmental testing – soil, water and air.

However, there is still a reputation problem to overcome

Understandably, many people are still uncertain about the benefits of lateral flow. For the technology to reach its full potential, this will have to be addressed. The negative reporting of how lateral flow has been used in the pandemic hasn’t helped.

This led to criticism of the programme and negative headlines about lateral flow – ignoring the fact that the programme actually drove case numbers down. But that study largely misses the point – mass, rapid testing is the best solution of screening large numbers of asymptomatic people quickly. Context is key. Lateral flow is the only viable option when large scale surveillance, rapid response and results with rapid data are required.

One solution to enhance the capabilities of lateral flow is digitization

Introducing digital connectivity and data collection is a win-win – it can add immense value to lateral flow testing and help overcome the perception that the technology is old and basic. When tests are digitized, results and additional data collected by a user-friendly mobile app, sent to the cloud and securely stored for future analysis, they become extremely powerful in providing a complete picture of the situation. Without the data we are flying blind.

Globally, such a system can be used by governments to monitor infectious diseases and identify outbreak hotspots, allowing medical interventions to be targeted with greater accuracy. But it would also be of great value to many organisations and businesses, allowing them to reopen and to keep operating safely. For example, airlines or cruise ships could test passengers before they embark, ensuring safer travel. The data collected makes testing even more valuable, giving a complete profile of each individual tested – their age, gender, underlying conditions and symptoms all gathered at the point of testing – as well as global oversight of millions of test results.

The diagnostics industry must react positively

So, lateral flow is here to stay. It has grown beyond the home pregnancy test in the eyes of the public and truly proved its worth in the pandemic. As an industry, we must seize this opportunity and keep lateral flow front and centre. We must step up our efforts to promote it as an effective and affordable diagnostics solution. And we must continue to innovate, to find new uses for lateral flow and to pair it with the latest technology to make it even more valuable.

Complete the form below to unlock access to this Audio Article: "Lateral Flow Testing Beyond COVID-19"

Phil Groom
More from this author >
Advertisement
Chosen for You
Article