Complete the form below and we will email you a PDF version of "Novel Clinical Mass Spectrometry Applications: From Bench to Bedside"

Complete the form below to unlock access to this Audio Article: "Novel Clinical Mass Spectrometry Applications: From Bench to Bedside"

Mass spectrometry (MS) was once primarily within the chemist’s domain for molecular structural characterization. However, in just a short decade, MS proved its versatility as it launched a novel approach to microbial identification that far surpassed other methods in specificity, sensitivity, ease, or cost. Although MS was already in clinical use for determination of analyte concentrations, the release of commercial FDA-cleared MS platforms for microbial identification brought the technique greater exposure. MS is now growing in familiarity and popularity for a variety of clinical applications, from laboratory tests for analyte quantification to diagnostic applications in infectious disease, inborn errors of metabolism, and cancer, including a foray into the surgeon’s suite with the invention of the iKnife.

Different types of MS techniques exist, but it is most frequently performed as gas chromatography MS (GC-MS), liquid chromatography MS (LC-MS), tandem MS (MS/MS, GC-MS/MS, LC-MS/MS), and matrix-assisted laser desorption/ionization time-of-flight (MALDI-TOF) for clinical applications. The basic principles are similar across the various methods. Analytes can be chromatographically separated before ionization or directly ionized and analyzed using their specific mass-to-charge ratios that are recorded in a spectrum. In the targeted approach, particular peaks are used to identify specific analytes, i.e., drugs or steroids. In an untargeted approach, the combined pattern of peaks is analyzed by an algorithm or compared to a database of known samples, e.g., for microbial identification against a known microorganism.

“The power of mass spectrometry, especially when combined with chromatography, is the enhanced sensitivity and specificity along with its ability to measure several clinical analytes in a multiplexed manner,” explained Paul Jannetto, PhD, Co-Director of the Clinical Mass Spectrometry Laboratory in the Department of Laboratory Medicine and Pathology at Mayo Clinic, when describing some MS advantages. Additionally, the technique is adaptive because assays can be developed for novel analytes or applications. This is simultaneously one of its disadvantages. “One of the greatest challenges that still revolves around MS is the technical knowledge required to develop, validate, and support clinical testing on these instruments, as most applications will be in-house laboratory-developed tests (LDTs). As a result, knowledgeable and skilled individuals are needed, not only to develop robust clinical assays, but to maintain, troubleshoot, and service these instruments in a timely fashion. Furthermore, LTDs will need to adapt to FDA guidelines, so there will be also be regulatory considerations as new LTDs are implemented.” 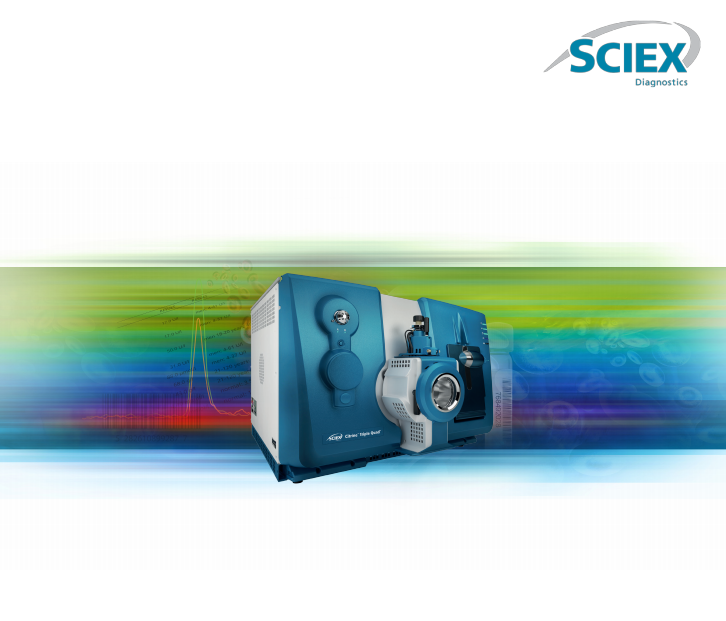 As a highly sensitive and specific technique, MS is ideal for quantifying small molecules from biofluids, such as steroids, illicit drugs, or abused and therapeutic prescription drugs. For instance, regulating the concentration of immunosuppressants (such as tacrolimus) is essential; if levels are too low, this increases the risk of tissue rejection, whereas if the levels are too high, it could lead to toxicity and damage to the transplanted organ. MS is also amenable for detecting and quantifying larger biomolecules, such as proteins. For example, it may be employed to monitor thyroid cancer patients post treatment by assaying for thyroglobulin, a glycoprotein produced by thyroid follicular cells and a biomarker of recurrent thyroid cancer.

“Mass spectrometry-based methods are also being used to identify cases of monoclonal gammopathy, which is the over production of gamma immunoglobulins that can occur during the course of hematological malignancies,” elaborated Dr Jannetto on this more novel application. “Current laboratory tests employ protein gel electrophoresis, immunofixation, and free light chain assays, however they suffer from low sensitivity and high cost. On the other hand, MS offers a sensitive and low per sample cost alternative. MS can also be used to quantify serum levels of immunotherapeutic monoclonal antibodies, which it can differentiate from endogenous monoclonal antibodies.”

MS for metabolites and inborn errors of metabolism (IEM)

Targeted MS identification of specific small-molecule metabolites in biofluids enables diagnosis of some IEMs in neonates. For instance, defects in fatty acid oxidation can be identified through acylcarnitine profiling. Other IEMs that MS can help diagnose include cystinosis, glutaric aciduria type I, and lysosomal disorders, which themselves span a range of illnesses such as Fabry disease, Gaucher disease, Krabbe disease, Mucopolysaccharidoses types I and II, Niemann-Pick type A/B disease and C disease, and Pompe disease. A recent trend towards untargeted, systems biology utilizes metabolomics to detect alterations across the entire metabolome, which may be tied back to a mutation in a certain metabolic enzyme and hence to an IEM. This approach is not yet in clinical use but is an active area of research.

“Currently, mass spectrometry-based approaches to identify microorganisms are being adopted in microbiology laboratories across the United States due to the shorter identification time compared to conventional techniques,” Dr Jannetto added which is one of the most prominent clinical MS application to date. “It is a game changer in microbiology labs. A patient-derived biofluid is cultured and a colony is analyzed by the MS instrument, producing a spectrum we can match to established databases.” Although only FDA-cleared for a subset of microorganisms, applications for mycobacteria, filamentous fungi, and rarer microbes in research use only (RUO) databases are forthcoming. Improvements in the technique may also shorten analysis time further, such as testing antimicrobial susceptibility or direct evaluation from blood culture or biofilms.

MS for cancer diagnostics and surgery

Matrix-assisted laser desorption/ionization imaging mass spectrometry (MALDI IMS) is a combination of MS with spatial information. The MS collects a spectrum across an entire histological sample, generating a spatial MS map. To date, it has been principally used to analyze cancer tissue, either for diagnostic purposes, i.e., differentiating tumor from healthy tissue, or for prognostic purposes, i.e., predicting patient survival. The method is not FDA-cleared but could be amenable to clinical use.

Another emerging MS tool called the intelligent knife or iKnife aids the surgeon in performing tumor resection. It ionizes tumor tissue employing rapid evaporative ionization mass spectrometry (REIMS). The ions are funneled into a mass spectrometer and analyzed in real-time to differentiate tumor from healthy tissue. This helps outline the tumor boundary, which informs the surgeon where to cut out the tumor from. Zoltan Takáts, Professor of Analytical Chemistry at Imperial College London invented the iKnife. He was inspired when he observed an electrosurgical device in action. “It must have been in 2007 or 2008 – and my first thought was ‘It must produce ionized molecules which, we can detect by mass spectrometry!’” he recalls when the concept first dawned on him. “We borrowed an old diathermy device to test whether it did the trick. And it actually did! In its current format, surgeons use the iKnife just as they would their usual electrosurgical device. The rest of the instrument, where the ions’ masses are recorded, happens behind the scene, outside of the surgical area. The problem is still the feedback – the surgeon cannot watch the iKnife’s analysis output on a computer screen while operating. To overcome this, we are testing a broad range of options from audio signals to augmented reality.”

The iKnife “learns” how to distinguish tumor from healthy tissue using a training algorithm. “First, the iKnife is used on a set of known cancer and healthy tissue samples. A number of molecular species are detected, which form a characteristic pattern typical to either the tumor or healthy tissue. Next, from this learned pattern, the iKnife predicts in situ during surgery what is tumor tissue and what is normal neighboring tissue, thus guiding the surgeon during tumor resection,” Professor Takáts explained of his invention. It is highly sensitive (78.6-97.4 %) and specific (89.7-100 %) for differentiating tumor, benign adenomas, borderline tumors, and healthy tissue ex vivo on patient-derived colorectal, breast, and gynecological tumor samples. The iKnife has even entered pilot clinical trials in breast (REI-EXCISE) and endometrial cancers. “We also currently have plans to start a study on colorectal polyp classification during endoscopic examination. We also intend to use the device to identify peritoneal metastases of ovarian cancer,” concluded Professor Takáts of his plans for the iKnife.

As with many emergent technologies, MS is also embracing the Omics trend with applications in proteomics (e.g., in patient-derived plasma), metabolomics, and lipidomics. An exciting new direction is the “volatome”, the entire combination of volatile organic compounds (VOCs) that comprise exhaled breath. “Mass spectrometry is being explored to analyze VOCs as a noninvasive tool for early diagnosis of various diseases such as lung cancer,” explained Dr Jannetto of this developing technology. In addition to the applications, improvement to instrument design, in both ease of use and size, are advancing. “Several manufacturers of MS instruments are working on simplified systems, which they hope will receive FDA-clearance and require minimal expertise,” concluded Dr Jannetto. “Manufacturers have also started to reduce the size of instrumentation without compromising sensitivity and specificity.” Ultimately, such miniaturized MS instruments could be used in diagnostic point-of-care tests.
Related Topic Pages
Lab of the Future
Gas Chromatography
GC-MS
Cancer Diagnostics
LC-MS
Infectious Diseases
Liquid Chromatography
Multiomics
Mass Spectrometry
Clinical Omics
Biomarkers
Meet the Author

Masha Savelieff, PhD
More from this author >
Advertisement
Chosen for You
eBook