Anna is a science writer at Technology Networks. She holds a first-class honours degree in biological sciences from the University of East Anglia, before joining Technology Networks she helped organize scientific conferences.
Learn about our editorial policies
Dr Marcos Soares de Oliveira dissociating thyroid nodules into single cells prior to Raman analysis.

In a recent study, scientists from the University of California, Davis (UCD), have used Raman spectroscopy to accurately differentiate between benign and cancerous thyroid cells. The findings of the study are published in Biomedical Optics Express.

The researchers collected 248 hyperspectral Raman images of single cells from benign thyroid and papillary carcinoma nodules, and were able to distinguish between healthy and cancerous cells with 97% diagnostic accuracy.

The new method has the potential to help pathologists overcome some of the current limitations of diagnosing thyroid cancer. We interviewed UCD’s Dr James Chan, Associate Professor, and Dr Marcos Soares de Oliveira, Postdoctoral Scientist, to learn more about the study and its wider implications.

Anna MacDonald (AM): Can you give us a little background to the research and why developing a new method to diagnose thyroid cancer is so important?

James Chan and Marcos Soares de Oliveira (JC & MSO): A thyroid nodule is an unusual growth of cells in the thyroid gland, and often is the first sign of thyroid cancer. The majority of nodules are asymptomatic and are typically discovered during routine imaging for other unrelated reasons. To evaluate the malignancy of most thyroid nodules, an ultrasound guided fine-needle aspiration (FNA) biopsy, a minimally invasive procedure, is used to obtain single cells from the thyroid, which is then evaluated by a cytopathologist after the cells are stained by H&E (haematoxylin and eosin). Unfortunately, approximately 10-30% of FNA biopsies are considered “indeterminate” for a variety of reasons. In these cases, a cytopathologist cannot determine if the thyroid nodule is benign or malignant based on FNA alone and the patient then undergoes a thyroidectomy (surgery to remove the thyroid). Further tissue analysis after the surgery can lead to a final diagnosis. As such, many patients with benign nodules must still undergo surgery, exposing them to unnecessary risks and potential complications due to surgical complications. These surgeries also increase health care costs. Also, as a consequence of thyroidectomy, patients may need to take, for the rest of their life, pills containing thyroid hormone replacement. A more accurate method for diagnosing the single cells obtained in an FNA biopsy (instead of tissues obtained from a thyroidectomy) would have a major impact in patient care, reduce over-treatments and consequently reduce health care costs.

AM: What were some of the biggest challenges you faced developing the technique?

JC & MSO: There are many challenges in developing a new technique for biomedical applications, but I would say in this study the biggest challenge is the multidisciplinary aspect of the project that brings together a team including biophotonics experts, cytopathologists, and a surgeon. Being able to speak the same ‘language’, understanding each other’s field of research/practice is key to achieving a successful project outcome. Logistically, there are so many variables related to this, like the need for a high quality facility including surgeons, pathologist, biorepository and others, working efficiently so we can have access to the samples to develop the study.  It also involves patient consent and sometimes waiting long periods for new cases to increase the size of samples used in the study. For instance, many of the subtypes of thyroid cancer are not as prevalent as others, so we need to wait for a patient to arrive at the hospital with the diagnosis we are interested in. We’ve had amazing, enthusiastic collaborators involved in this work and a great health care and cancer-related research environment built, over the years, by the UC Davis Health system.

AM: Why Raman spectroscopy and what are its advantages and limitations?

JC & MSO: Raman spectroscopy is a really powerful optical technique based on inelastic scattering of light by vibrational modes of chemical bonds, which can provide a unique signature (Raman spectrum), like an optical fingerprint of the molecular bonds present in the sample. Additionally, there are several advantages: it doesn’t require any special dyes or specific excitation wavelengths; it’s also nondestructive and noninvasive; and can be combined with different imaging modalities. In general, subtle differences in biochemical composition, like for example benign and malignant thyroid cells, can be revealed as changes in intensities of the Raman peaks, which can be assigned to changes in more complex macromolecules such as proteins, lipids, DNA, RNA and others, providing a more comprehensive understanding of the disease.

However, the weak nature of Raman scattering of biomolecules, compared with their intrinsic auto fluorescence, can become an issue related either to low detection efficiency and/or long acquisition time that limits the use of Raman for many applications. We have been able to overcome the time acquisition issue by using a line-scan system, instead of conventional point-scan, for faster hyperspectral Raman imaging of the cells. 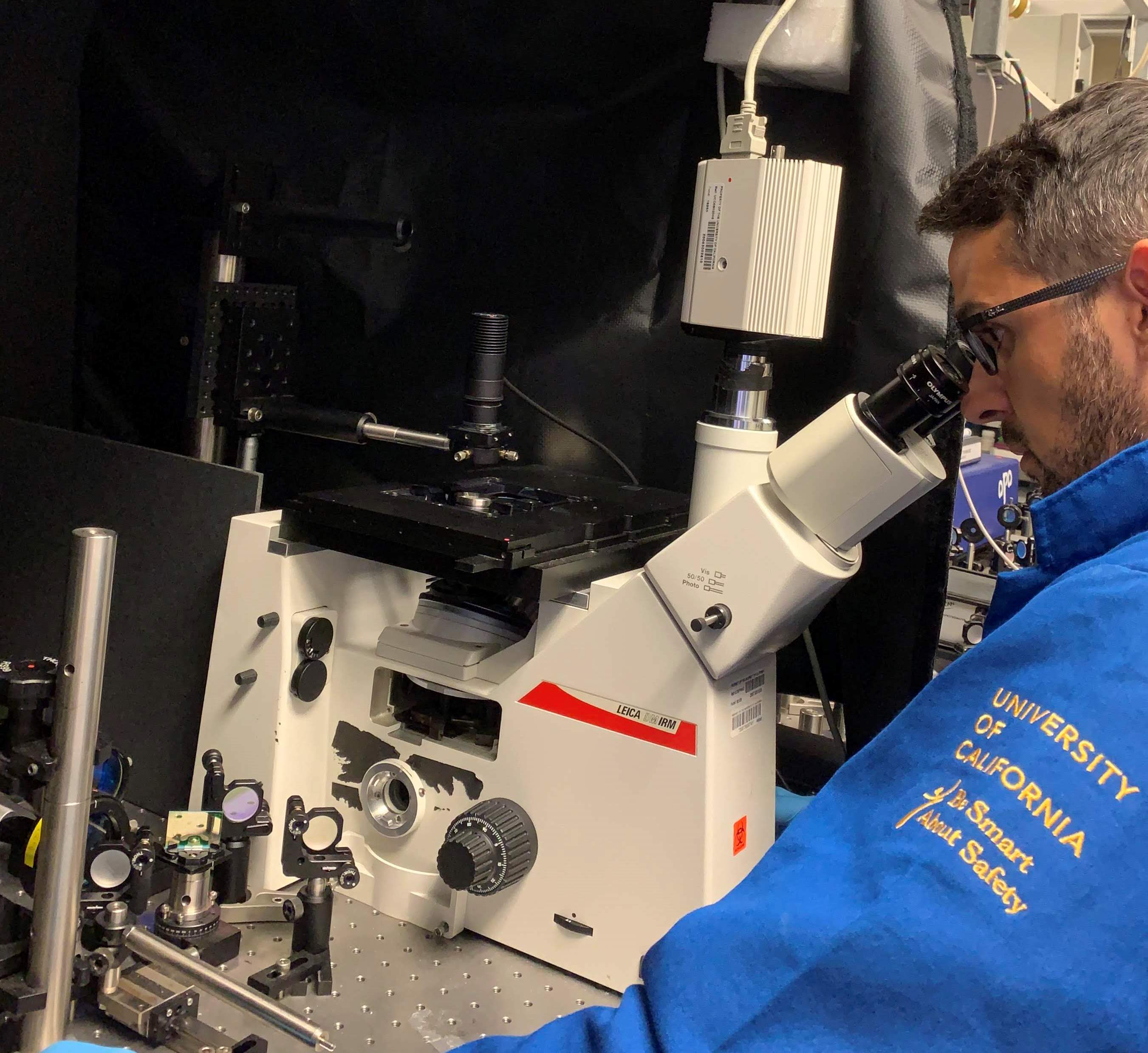 AM: What are the advantages of converting a hyperspectral image into a single cell Raman spectrum?

AM: Can you give us an overview of what further validation you have planned and what developments are needed before eventual clinical use?

JC & MSO: Although our results are really exciting because our approach can lead to a new and accurate way to diagnose thyroid cancer and potentially be applicable to other diseases, we know it’s always a challenge approving a new technology for clinical use. Much work has been done but there is still much to do. We will need to increase dramatically both the number of patients and cells in the study for all cell subtypes, and as I said earlier, it involves patient consent and probably waiting long periods of time to reach a reasonable number of new cases. We are optimistic and the research continues in order to bring it closer and closer to an ancillary near real time optical diagnosis method with minimal human intervention to help cytopathologists in making decisions.

Complete the form below to unlock access to this Audio Article: "Raman Microscopy Could Help Pathologists Diagnose Thyroid Cancer "