Estimates suggest that more than 30 million people worldwide are affected by sepsis each year, with up to six million of these dying from the condition. While vulnerable populations such as the very young, elderly, pregnant women and immunocompromised people are most at risk, sepsis can strike anyone suffering from an infection. Rapid and accurate detection of sepsis is critical to help limit the extent of tissue and organ dysfunction and damage that sepsis can cause.

We recently spoke to Elena Sukhacheva, Director Medical and Scientific Affairs at Beckman Coulter, to learn about some of the challenges of diagnosing sepsis early, and how measuring Monocyte Distribution Width can be used as a sepsis biomarker to aid the process.

Anna MacDonald (AM): Why is early detection of sepsis so critical?

Elena Sukhacheva (ES): Sepsis is one of the most deadly and costly medical conditions physicians and hospitals must face. In fact, statistics show that sepsis is the third leading cause of death in the U.S.1. Mortality rates for sepsis is extremely high - approximately 25-30%—with more individuals dying of sepsis than prostate cancer, breast cancer, and HIV combined 2,3. Hospitalizations due to sepsis cost the healthcare system more than any other condition in the U.S.,4 with a total annual cost greater than 24 billion dollars5.

According to data from the Healthcare Cost and Utilisation Project (HCUP), there was an increase both in the number of cases of sepsis, and the costs associated with sepsis between 2000 and 20097. With sepsis as their primary diagnosis, the mean length of a patient’s hospital stay was close to nine days in 2009, with an average cost per entire stay at $18,500 7.

Early detection of sepsis is critical, as a delay in antibiotic treatment has been documented to result in increased mortality, with a 7.6% increase in death for patients with severe sepsis and septic shock every hour antibiotic administration is delayed8. Therefore, the earlier sepsis is recognised and the earlier the treatment starts, the better the outcome for the patient and the lower the cost that can be expected to be borne by the healthcare system.

AM: What are some of the challenges of rapidly diagnosing sepsis?

ES: The main challenge of timely diagnosis is that sepsis may manifest in dramatically different ways. Sepsis may affect anyone. For example, a young patient acquiring an infection from an appendectomy, for whom a dysregulated immune response leads to organ failure and death, or a patient undergoing aggressive cancer treatments, whose immune system is unable to fight infection due to immunosuppression. In both cases, the diagnosis would be “sepsis”, but symptoms in these two patients might look very different.

It is also important to mention that most (two-thirds) of patients diagnosed with sepsis enter the healthcare system through A&E9. Therefore, it is very important to ensure that efficient sepsis detection practices are used at this entry point. Symptoms are not always clear, so in practice, clinicians only order a test for sepsis when symptoms become clearer in the patient and they are more obviously septic. This delay in the diagnosis and treatment for patients with ambiguous presentation often results in a worse outcome10.

AM: How is sepsis currently diagnosed? What are the limitations of these methods and markers?

ES: Before we talk about diagnosing sepsis, let’s define what sepsis is. As you may know, for many years we had the so-called sepsis-2 definition, which was introduced in 199214. That definition of sepsis was based on the presence of at least 2 SIRS criteria (systemic inflammatory response syndrome) and either a clinically suspected or proven infection. In 2016, a new definition was established for sepsis, and today, sepsis is defined as a life-threatening organ dysfunction caused by a dysregulated host response to infection15. Deaths from sepsis result, not from the infection itself, but from dysregulated immunity and organ dysfunction, which makes it impossible to efficiently fight against the infection.

Practically speaking, clinicians may use SIRS criteria (if they are still using sepsis-2) or the SOFA score (sequential organ failure assessment, if they use the sepsis-3 definition) to diagnose sepsis. Additionally, laboratory tests are used to test for infection and help confirm a suspicion of sepsis; for example by measuring the patient's WBC (white blood cell) count, Procalcitonin, C-Reactive Protein, Interleukin-6 or presepsin levels, or culturing body fluids such as blood or urine for infectious organisms. While positive cultures may be diagnostic of infection, none of these tests can definitively confirm a diagnosis of sepsis, so clinicians must rely on all the clinical and laboratory information available together to diagnose sepsis.

Additionally, it is important to note that not all tests are routinely performed for all patients, but only ordered when a clinician suspects infection or sepsis. Therefore, diagnosing sepsis early is very challenging, because symptoms may not be obvious and clear at the time at which the patient presents at the hospital.

AM: Can you tell us more about the Early Sepsis Indicator?

ES: The Early Sepsis Indicator is the only FDA-cleared hematologic biomarker that is available to be automatically reported as part of a complete blood count (CBC) with differential test for adults entering through the A&E or emergency department. The new sepsis biomarker is available exclusively on the Beckman Coulter hematology analyser, DxH 900. The parameter, Monocyte Distribution Width (MDW), is based on morphological changes in monocytes in response to infection. Since the Early Sepsis Indicator is included as part of a CBC-Diff analysis, it does not require additional blood to be drawn or a special order, and it is automatically reported for all adult patients.

Two scientific papers have already demonstrated the analytical performance of the Early Sepsis Indicator. The first results about early sepsis detection in ED with Monocyte Distribution Width were published in the journal, Chest in 201719. This study, which was conducted by Ohio State University, demonstrated that an elevated MDW value was able to discriminate sepsis from non-sepsis (according to sepsis-2 criteria) with a Receiver-Operator Curve Area Under the Curve (AUC) of 0.79, 77% sensitivity and 73% specificity. The study also analysed the performance of the WBC count and the combination of WBC and MDW. When MDW and WBC values were combined, they produced an AUC of 0.89, which was significantly higher than the AUC for each individual parameter [WBC AUC was 0.74].

Another study published in Critical Care Medicine included more than 2,100 consecutive adult emergency-department patients, and was conducted in three U.S. University Hospitals. This clinical trial confirmed the discriminatory capacity of MDW alone, and MDW with WBC20.

AM: What role do monocytes play in the development of sepsis? What are the benefits of using Monocyte Distribution Width as a sepsis biomarker?

ES: Monocytes are cells of the innate immune system. They are closely involved in two key events in sepsis pathogenesis, the cytokine storm and sepsis-induced immunosuppression.

Three main cytokines that contribute to a cytokine storm are Tumor Necrosis Factor-alpha, Interleukin 1-beta and Interleukin-6. They are produced mainly by monocytes and macrophages. Interestingly, one monocyte subtype, the so-called “classic” monocytes, are able to further differentiate into macrophages in response to infection and contribute to cytokine production. IL-1 beta is the main initiator of the cascade of cytokines, TNF-a and IL-6 induce production of acute phase proteins and activate other immune cells. Production of these inflammatory cytokines and mediators by monocytes/macrophages contribute to the efficient growth control and dissemination of invading pathogens. However, excessive and uncontrolled production of these inflammatory cytokines and mediators may lead to serious systemic complications including microcirculatory dysfunction, liver and kidney damage, and septic shock with high mortality rates.

If we look at monocytes, these cells in septic patients can be very heterogeneous. Recent research has demonstrated that monocytes in the course of sepsis can be polarised from a pro-inflammatory state to an immunosuppressive state21. We hypothesize that this increased functional heterogeneity of monocytes in sepsis probably results in increased morphological variability, which is measured as MDW. An MDW value above the FDA-cleared cut off indicates an increased probability that the patient has sepsis or will develop sepsis within 12 hours of the ED encounter.

The benefits of using the Early Sepsis Indicator include that it is reported automatically with a CBC-Diff analysis, results of which are very quickly returned to the physician; The test takes less than a minute, it requires no extra blood to be drawn, and there is no need to order the test, making it a powerful and convenient tool that clinicians can use to alert them that a patient may have sepsis or develop sepsis within 12 hours of presentation at A&E. Taken together with the WBC count, which is also part of a CBC-Diff analysis, along with other laboratory findings and clinical information, the Early Sepsis Indicator provides a qualitative assessment of sepsis risk from a single whole-blood venous sample22. 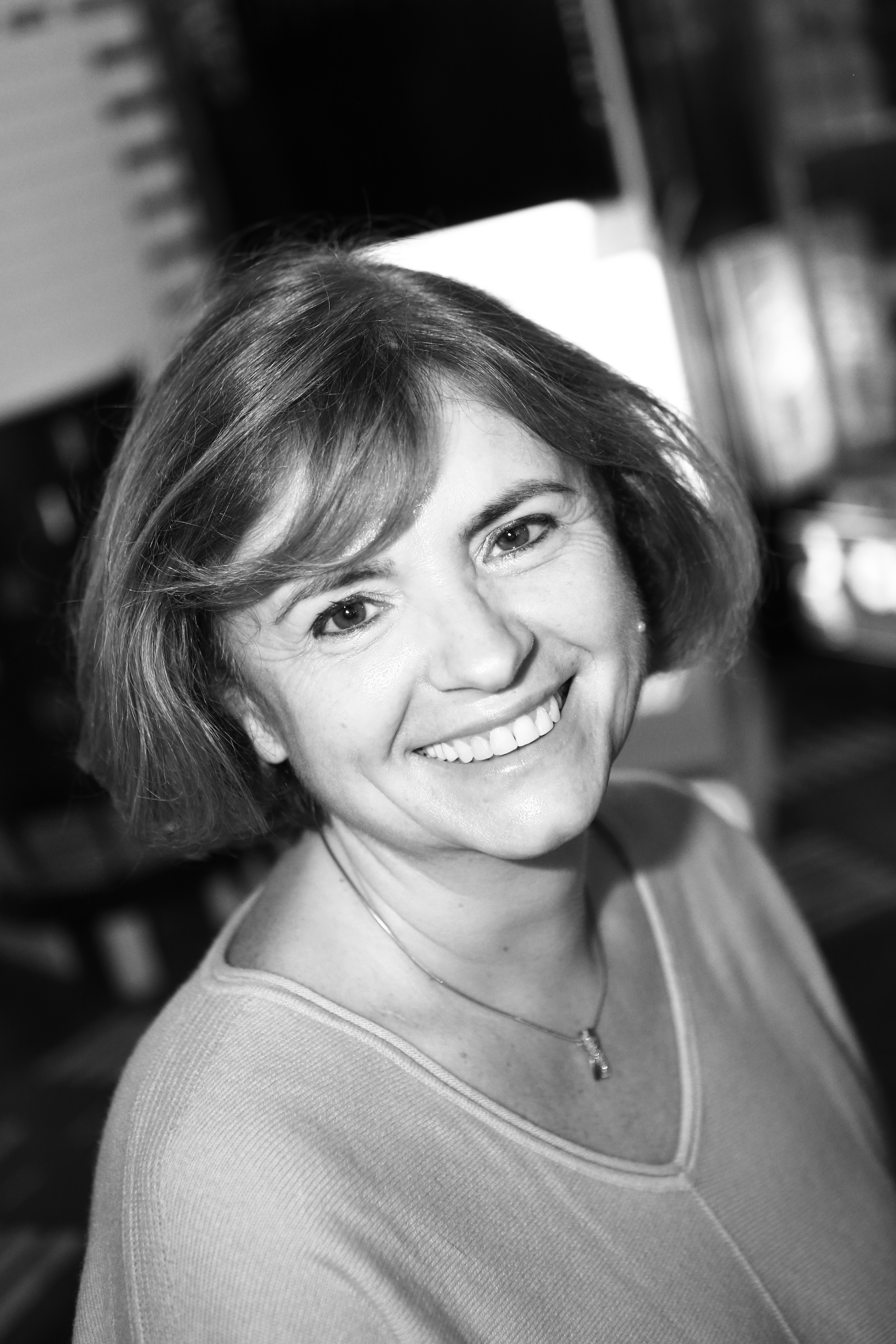