Complete the form below and we will email you a PDF version of "Talking NGS, Liquid Biopsies and Tumor Mutational Burden With Luca Quagliata"

In molecular diagnostics, scientists analyze the genome, proteome and metabolome in pursuit of physiological mechanisms that are implicated in human disease at the molecular level. This analysis enables the discovery of novel biomarkers unique to specific diseases that can adopted in medical testing as diagnostic tools.

Recent advances in technology have bolstered the molecular diagnostics field by enabling faster analysis requiring less sample matter that is available at an increasingly lower cost.

We recently spoke with Luca Quagliata, Ph.D., Global Director of Medical Affairs for Thermo Fisher Scientific. Previously, Quagliata was involved in one of the first teams in Europe to introduce Next Generation Sequencing (NGS) in routine molecular diagnostics. Here, he shares his perspectives on the field, particularly the use of NGS in the analysis of liquid biopsies, the discovery of cancer biomarkers and the potential application of artificial intelligence (AI) in molecular diagnostics.

Molly Campbell (MC): Can you give us an overview of your career and highlight the most exciting projects that you have worked on?

Luca Quagliata (LQ): I'm formally trained in medical biotechnology and received a bachelor’s and a master’s degree in Italy, where I was born. While in Italy, I gained research experience studying a very rare developmental disease caused by a genetic abnormality leading to severe skeleton alterations. I later moved to Germany to study at the University Hospital of Heidelberg, which is where I obtained my Ph.D. in vascular medicine and made the transition from basic research to translational research. Back then I was involved in a project that was focused on metastatic breast cancer research. In collaboration with one of the largest pharmaceutical companies leading the drug oncology market, we were testing a new monoclonal antibody which at that time was used to block tumor-induced lymphangiogenesis.

After that I moved to Basel, Switzerland and started to work on liver cancer as a postdoc at the University Hospital Basel. One of the most impactful research projects I worked on was focused on studying a novel cancer biomarker called HOTTIP. As a result of that research, I was first author of a peer-reviewed manuscript that reported, for the first time, the importance of long non-coding RNAs in liver cancer. The paper has been cited a number of times to demonstrate that long non-coding RNA has real clinical significance in the context of liver cancer, and specifically hepatocellular carcinoma. I am honored to have been part of a research project that is contributing to the advancement of science in such a real way.

Laura Lansdowne (LL): With your experience, what do you consider as the most exciting technology that is currently under development?

LQ: NGS is the most exciting technology available today and still under development as we continue to push the boundaries of what and how much information we can derive from NGS, and how quickly we can obtain that information. I first gained experience using NGS while I was at the National Cancer Institute at the National Institutes of Health campus in Bethesda as a visiting fellow. Back then, I worked on one of the very first Ion Torrent Personal Genome Machines. Fast forward to today and we can now apply NGS in the context of liquid biopsy, enabling analysis of multiple genes and gene variants simultaneously. While the utilization of NGS for liquid biopsy testing is still relatively new, it is already proving useful for determining a tumor’s resistance to treatment, especially in the context of tyrosine kinase inhibitors treatment for non-small cell lung cancer.

Michele Wilson (MW):  Can you discuss the advantages of a liquid biopsy compared to traditional surgical biopsy?

LQ: Liquid biopsy is getting a lot of traction in the clinical diagnostic field because it is far less invasive than the classical tissue biopsy approach and, therefore, less risky for the patient. In some cases traditional tissue-based biopsy cannot be performed, depending on the anatomical location of the tissue to be collected. Sometimes it's very hard, risky or simply impossible to access a tumor lesion. And when it is accessible, it always comes with the risk of associated complications such as bleeding or chance of infection. As you can imagine, those hurdles are removed when you use liquid biopsy, which only requires a blood sample from the patient to analyze either circulating tumor cells (CTCs) or cell free DNA (cfDNA) in the patient’s blood.

The other advantage of liquid biopsy is time to results. If you collect a tissue biopsy you have to process the sample - which means you have to fix, usually embed in paraffin and cut the tissue, then wait until a pathologist eventually performs a histopathological analysis, perhaps doing additional staining and investigation, all of which can take quite some time. In contrast, with liquid biopsy you can perform NGS immediately after the sample is collected. Typically, time to results is about two to three days after sample collection, compared to seven or eight days or longer with tissue biopsy. But don’t be fooled, liquid biopsy is not going to replace tissue biopsy, and it should not. Tissue and liquid biopsy should be seen as complementary approaches; one is not equal to the other. They offer partially overlapping results but each also provides a distinct set of information.

LL: Tumor mutational burden, the measurement of mutations that is carried by tumor cells, is emerging as a potential biomarker when selecting subsets of patients that would be good candidates for immune checkpoint therapy. Can you tell us a bit more about this area of research and your involvement in moving the field forward?

LQ: Tumor mutational burden (TMB) has attracted a lot of interest in the last couple of years. A few large clinical trials have shown that there's a direct correlation between the number of neo-antigens (a direct result of the mutational burden), or the number of mutations that a tumor is accumulating, and clinical response to checkpoint inhibitor therapies. While we don't completely understand the biology behind it, to oversimply, researchers speculate that tumors that have a lot of neo-antigens have a higher chance of activating the immune system. So the higher the number of neo-antigens, the more likely the immune system is activated, triggering the recruitment of T cells to the tumor site. Therefore, in combination with checkpoint inhibitors able to unlock the power of our immune system to activate our immune cells and attack the tumor, compelling data suggest that measuring TMB can be used to better stratify responsive patients.

Unfortunately, TMB analysis comes with a number of associated complications and technical difficulties. The gold standard to analyze TMB is whole exome sequencing (WES). While WES is widely used in a research context where you have full control of the pre-analytics and know exactly which kind of samples you're going to analyze, it is challenging, if not impossible, to perform in routine clinical care, at least for today. First of all, typically you don't have enough material to perform comprehensive analysis as often there is limited tissue available in a clinical setting. Second, there is an economical constraint. Despite the fact that the costs of sequencing have dropped dramatically, it is still quite prohibitive for most healthcare systems to perform WES as an elective test for all oncology related molecular investigations. That is why many people have been looking to move from a WES approach to a targeted sequencing approach. With targeted NGS, you can estimate TMB by applying restricted panels that are in the range of 300-500 genes and 1 megabases in terms of genomic footprint to accurately estimate TMB.

There's still a lot of research that needs to be done in the space. I was involved in a recent study that found there are a number of patients who have high TMB but still do not respond to checkpoint inhibitors, likely due to the type of antigen. Also, there are a number of tumors which have low TMB in absolute value but are still able to activate the immune system, so TMB cannot be used to predict a patient’s response to checkpoint inhibitors in 100 percent of cases.

While we’re trying to better understand TMB, there are also other biomarkers emerging that might be better predictors of response to checkpoint inhibitors and for estimating the immunogenicity of a tumor. For example, TCR beta sequencing is an approach that sequences the T cell receptor to evaluate the presence of clones either at the tumor site or in the periphery. It can be done either on formalin-fixed paraffin-embedded tissue, or on blot samples. There is accumulating evidence suggesting that TCR might be a better predictor for checkpoint inhibitors treatment or, if used in combination with TMB, a better overall way to assess tumor immunogenicity.

MC: What are the most exciting recent advances concerning the diagnosis of solid tumors?

LQ: One of the most exciting advances is the uptake of comprehensive molecular profiling, mostly done by NGS. Even more exciting, some centers are implementing NGS as a routine test for every patient that requires it. We can attribute these advances to the reduced cost of technology, making testing more affordable, and to accumulating clinical evidence showing the significance of different genomic variants in diagnosis. However, more education in the medical community is needed to fully unleash the power of molecular profiling. Thermo Fisher fully supports the advancement of genetic testing by partnering with a number of initiatives globally, including our NGS Centers of Excellence and the International Childhood Oncology Network.

As I mentioned earlier, while liquid biopsy is gaining traction in the field, it is not going to replace traditional tissue biopsy. It is an additional tool that can offer supplementary information to improve disease assessment and treatment decision-making. It must be seen as a complementary test rather than a replacement.

MW: What technologies can we expect to see in the near future, and how do you expect these technologies to influence solid tumor and liquid biopsy research?

LQ: One exciting advance is the availability of NGS technologies that test both DNA and RNA at the same time to provide additional information to guide a patient’s diagnosis and treatment. For example, the Oncomine Focus Assay is a multi-biomarker assay that can detect variants from DNA and RNA in a single workflow.

I’m also excited about the potential for artificial intelligence (AI) as a tool for aggregating and extracting information from genomic data to generate clinically relevant information for physicians and researchers. When it comes to molecular testing, the focus right now is mostly on genes that have clear clinical relevance, meaning variants associated with targeted treatment approaches or clinical trials. As initiatives across the world generate massive amounts of data from clinical samples, in the near future the real value will no longer be the ability to accumulate more data but our ability to associate genomic data with clinical outcomes, creating opportunities to impact disease diagnosis and treatment. 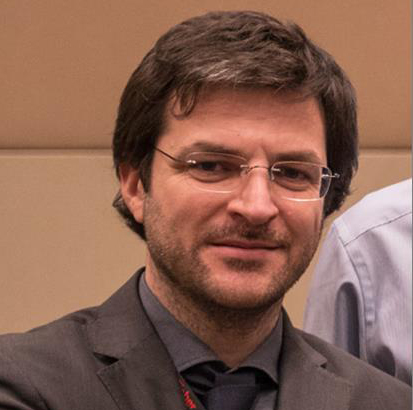