Complete the form below to unlock access to this Audio Article: "Bedside Ebola Diagnostic"

Researchers from Harvard Medical School, Partners In Health and Boston Children’s Hospital have shown that a new commercially developed rapid diagnostic test performed at bedside was as sensitive as a conventional laboratory-based method used for clinical testing during the recent outbreak in Sierra Leone.

While the West African Ebola epidemic has slowed since its peak last fall, the crisis simmers on; there were still 24 confirmed cases of Ebola reported in Guinea and Sierra Leone in the week ending June 14. 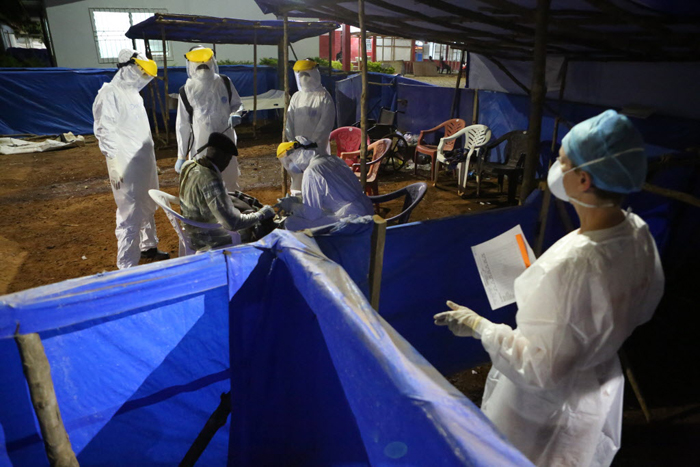 To fight Ebola, the first step is to determine which patients are sick with the disease and which with other illnesses with a similar presentation. To use the currently recommended molecular approach, laboratories must be built and samples of highly infectious blood must be drawn, often with unsafe needles and syringes, and then shipped over potentially great distances at substantial risk to the health care workers involved in the process. Then, clinicians and patients must wait for results—sometimes for several days.

These obstacles and delays prevent timely diagnosis and treatment, and also result in individuals without Ebola being admitted to holding units where they may become infected with the virus, the researchers said.

“Simplifying the process and speeding up diagnosis could have a major impact,” said Nira Pollock, senior author of the paper and HMS assistant professor of medicine and pathology and associate medical director of the Infectious Diseases Diagnostic Laboratory at Boston Children’s Hospital. 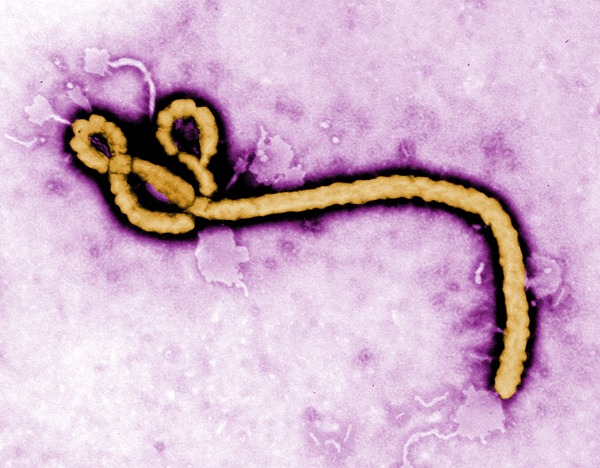 As the Ebola outbreak in West Africa began to surge in 2014, Pollock and Partners In Health researcher Jana Broadhurst worked with the research core of the HMS Department of Global Health and Social Medicine to reach out to teams around the world who were developing diagnostic tools that would enable clinicians to diagnose Ebola patients quickly.

One candidate, the ReEBOV Antigen Rapid Test, developed by Corgenix, seemed like a promising tool. Working with colleagues at Partners In Health and the Ministry of Health and Sanitation in Sierra Leone, the HMS team was able to plug into an environment that allowed it to train local technicians to perform the test and help collect data for the study. The team at the Public Health England lab at Port Loko, where clinical samples were routinely sent for standard molecular diagnostic testing, were also key collaborators. Corgenix donated test kits to the HMS team.

The field trial took place at two treatment centers operated by the Ministry of Health and Sanitation of Sierra Leone and supported by PIH, where 106 patients suspected of having Ebola were tested during February 2015 using the rapid diagnostic test (performed on a fingerstick blood sample at the point of care). The patients were also tested using the standard RT-PCR (performed on plasma in the laboratory). Both rapid diagnostic tests, on whole blood, and RT-PCR, on plasma, were also performed on 284 samples in the laboratory.

The rapid diagnostic test detected all confirmed cases of Ebola that were positive by the benchmark test in both point-of-care and laboratory testing with sensitivity of 100 percent (identifying all patients with Ebola found by the benchmark method), and a specificity of 92 percent (few false positives).

Surprisingly, the study also showed that the standard RT-PCR test, under the conditions deployed in the field, was itself an imperfect reference standard.

Both tests failed to detect a small number of Ebola cases that had been detected by an alternative lab test that was more sensitive than the benchmark test but was not available for wide usage. All of the missed cases showed very low levels of virus. The authors caution that given the limitations of the performance of the benchmark RT-PCR reference test in patients with low levels of the virus, more research is needed to assess how the new rapid diagnostic test will perform in patients still in the early stages of Ebola virus disease.

The ReEBOV test uses a drop of blood from a fingerstick performed with a safety lancet, which has a spring-loaded mechanism that prevents health care workers from receiving accidental needlesticks after the blood is sampled. The ReEBOV test works similarly to a home pregnancy test: the sample is applied to a treated strip, and if the sample is positive for Ebola, a colored line appears on the strip at a specific location.

The researchers noted that it was essential to study the test in the field to see whether it worked in the challenging conditions that clinicians face in rural clinics and in Ebola treatment units in such places as Sierra Leone. For example, wearing the required personal protective equipment made it potentially difficult to read the test strip, so instead of having one clinician check results, the research team developed a method in which two clinicians checked each test, with a third stepping up in cases where the first two disagreed.

Not only were there no electronic health records, but due to strict infection control measures, researchers were not permitted to take handwritten notes out of the treatment unit.

“This is a powerful combination,” Murray said. “To get research that provides meaningful results, researchers need connections to the communities and health systems that they're trying to understand.“

Once the researchers saw that the test was effective, they shared their findings with the Partners In Health clinical network, with other partners in Sierra Leone and West Africa, and with the other governmental and non-governmental organizations working to end the Ebola epidemic.

“That’s another advantage of working closely with clinical care delivery teams: they can help us get the word out when we find something that works,” Murray said.

Ultimately, public health and regulatory officials in each of the affected countries will decide how the test is used in clinical and surveillance efforts, taking into account guidance from WHO and FDA.