Polycystic ovary syndrome (PCOS) has been passed down in many families for generations – causing reproductive and metabolic health problems for millions of women around the world. Yet, its cause remains unknown despite more than 80 years of research since the disorder was first described in 1935.

Using the DNA of thousands of women and genotyping nearly 700,000 genetic markers from each individual, an international team led by Northwestern Medicine investigators has identified two new genetic susceptibility regions that appear to be unique to European women with PCOS, as well as one region also present in Chinese women with PCOS.

Most importantly, one of these new regions contains the gene for the pituitary hormone gonadotropin, FSH (follicle stimulating hormone), providing evidence that disruption in this pathway that regulates ovarian function plays an essential role in the development of PCOS. 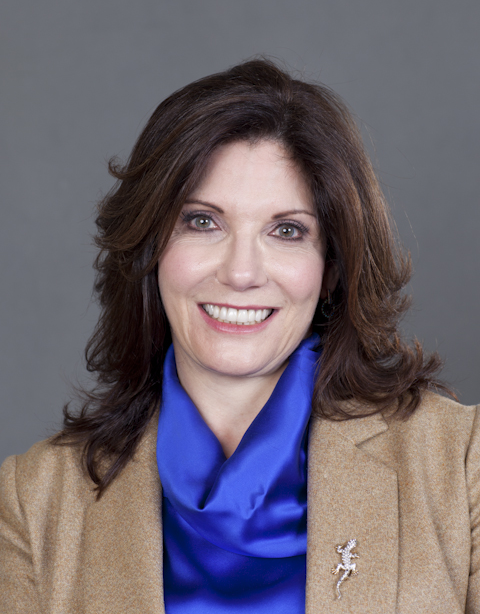 “Identifying the genes associated with PCOS give us clues about the biological pathways that cause the disorder,” said senior author Andrea Dunaif, MD, Charles F. Kettering Professor of Endocrinology and Metabolism in the Department of Medicine. “Understanding these pathways can lead to new treatments and disease prevention approaches.”

“There are no FDA-approved drugs for PCOS,” Dr. Dunaif said. “We can manage symptoms and improve fertility in patients but, without understanding the cause of PCOS, we cannot cure the condition.”

“Large-scale genetic analyses that became possible after the mapping of the human genome allow us to investigate the entire genome for disease-causing DNA variants,” she said. “This information will be critical for the development of effective treatments for PCOS and for genetic testing to identify at-risk girls before the onset of symptoms.”

PCOS affects seven to 10 percent of reproductive-age women worldwide with symptoms such as increased male-pattern hair growth, weight gain, irregular periods and infertility. These symptoms are due to increased production of male hormones, in particular testosterone, by the ovary and disordered secretion of the pituitary gonadotropins, LH (luteinizing hormone) and FSH, resulting in anovulation (the absence of ovulation).

As a result of previous research from Dr. Dunaif’s lab, PCOS also is associated with insulin resistance and is now recognized as a leading risk factor for type-2 diabetes in young women. Her group has been at the forefront of genetic studies of PCOS and has shown that male relatives and the children of affected women are at increased risk type 2 diabetes and reproductive problems.

This study complements a recent genome-wide association study of Chinese women that identified 11 PCOS susceptibility regions of the genome. The regions include the genes for the receptors for the gonadotropins, LH and FSH. LH and FSH acting through these receptors regulate the production of ovarian hormones, such as estradiol and testosterone (ovaries make both male and female hormones), as well as the maturation and ovulation of the egg. Taken together with the current study, finding the gene for FSH hormone itself, these analyses implicate genes regulating gonadotropins and their actions in causing PCOS.

“For a number of years, researchers had been thinking that it was testosterone produced by the ovary that was a major problem in PCOS, but our study did not find signals for genes regulating testosterone,” Dr. Dunaif said. “In contrast, we did find a signal for the FSH gene, which is produced in the pituitary gland at the base of the brain. This suggests that FSH, in either how it acts on the ovary or how it is secreted, is very important in the development of PCOS. This is a new way of thinking about the biology of PCOS.”

The current study included three phases with three different sets of DNA. All of the DNA was from women of European ancestry, those with PCOS and those without it (the controls).

“My lab focuses on big data analysis such as this genome wide analysis to identify genetic variants that are associated with increased disease risk,” said M. Geoffrey Hayes, PhD, assistant professor of Endocrinology, Metabolism, and Molecular Medicine and lead author of the study, who specializes in statistical genetics at Feinberg. “We genotyped nearly 700,000 markers across the genomes in each of nearly 4,000 women from the U.S. in the first phase. Then we replicated our findings with two additional groups of more than 4,500 women from the U.S. and Europe.”

Hayes is also an assistant professor of Anthropology at Northwestern’s Weinberg College of Arts and Sciences.

Altogether, nearly 9,000 individual DNA samples were used in the study with samples provided from Northwestern Medicine and partner institutions around the world. The NUgene Project, a genomic biobank sponsored by the Center for Genetic Medicine in partnership with Northwestern Medicine, provided many of the control samples.

“The next step in this research is to use the genetic variations in the genes that confer increased risk for PCOS and build models to investigate the how the biologic pathways implicated are disrupted functionally,” Hayes said. “One of the three gene regions identified in our study in Europeans was also found in Chinese suggesting that there may be some shared genetic susceptibility to PCOS in Europeans and Chinese, who diverged evolutionarily more than 40,000 years ago. We plan to DNA sequence the regions that we found in common with the Chinese.”

The Northwestern Medicine scientists are partnering with Professor Zi-Jiang Chen and her colleagues at Shandong University, PRC to advance this work.

More genome-wide association studies of PCOS are needed in other racial and ethnic groups. Next, the scientists plan to investigate the genomes of women of African ancestry with the disorder. These studies will provide insight into the shared genetic basis for PCOS and will aid in the finding of the genes that are key players in the development of the disease across ethnicities.