Do Germs Cause Type 1 Diabetes?

Do Germs Cause Type 1 Diabetes?

Complete the form below and we will email you a PDF version of "Do Germs Cause Type 1 Diabetes?" 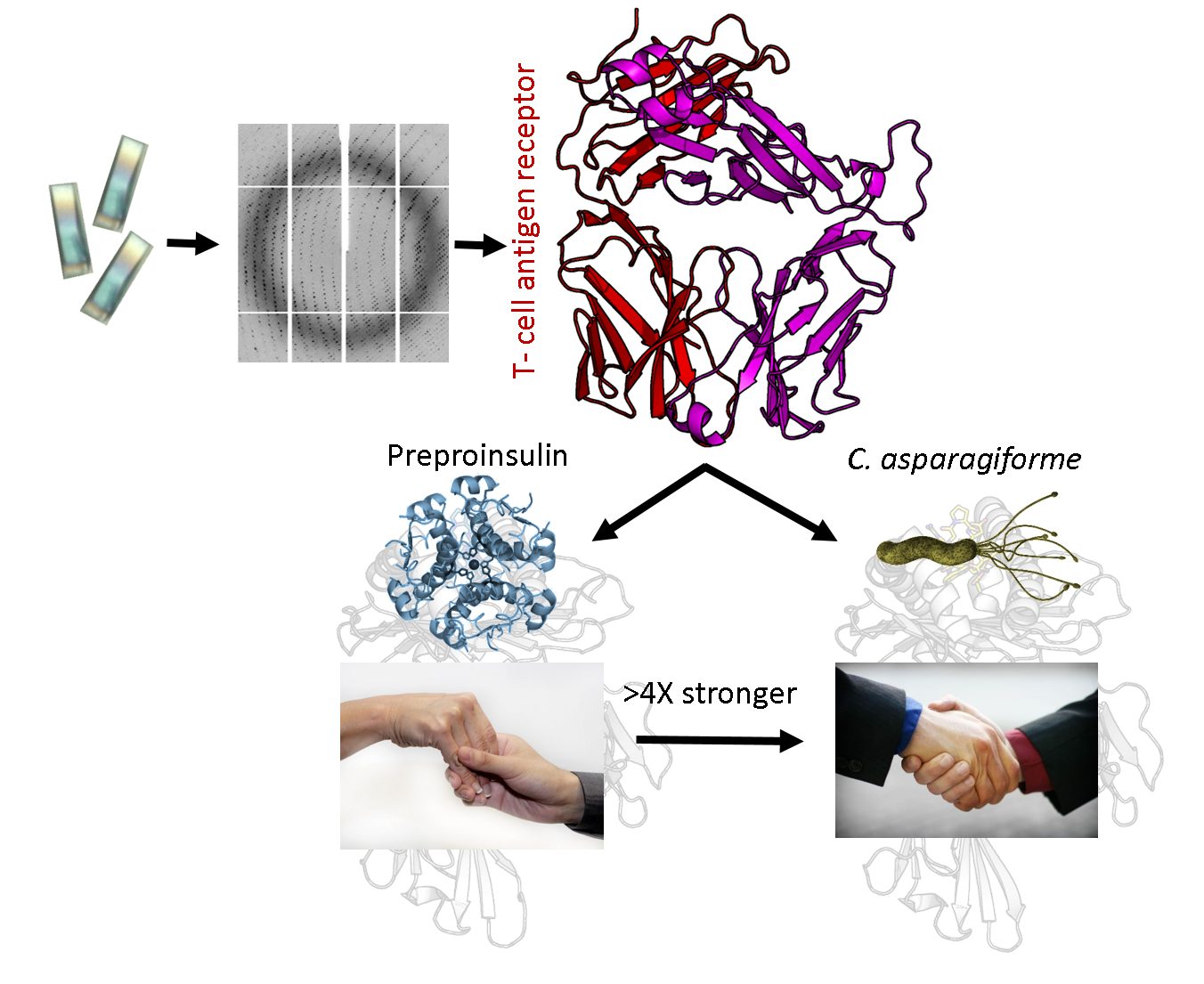 Scientists have previously shown that killer T-cells, a type of white blood cell that normally protects us from germs, play a major part in type 1 diabetes by destroying insulin producing cells, known as beta cells.

The team hope this research will lead to new ways to diagnose, prevent or even halt type 1 diabetes.

Cardiff University’s Professor Andy Sewell, lead author of the study, said: “Killer T-cells are extremely effective at killing off germs, but when they mistakenly attack our own tissues, the effects can be devastating.”

“During type 1 diabetes, killer T-cells are thought to attack pancreatic beta cells. These cells make the insulin that is essential for control of blood sugar levels.

“When beta cells are destroyed, patients have to inject insulin every day to remain healthy.”

Unlike type 2 diabetes, type 1 diabetes is prevalent in children and young adults, and is not connected with diet. There is little understanding of what triggers type 1 diabetes and currently no cure with patients requiring life-long treatment.

In previous studies the Cardiff team isolated a killer T-cell from a patient with type 1 diabetes to view the unique interaction which kills the insulin-producing beta cells in the pancreas.

They found these killer T-cells were highly ‘cross-reactive’, meaning that they can react to lots of different triggers raising the possibility that a pathogen might stimulate the T-cells that initiate type 1 diabetes.

“However, sometimes these sensors recognise the wrong target, and the killer T-cells attack our own tissue. We, and others, have shown this is what happens during type 1 diabetes when killer T-cells target and destroy beta cells.

“In this new study, we wanted to find out what was causing these T-cells to kill beta cells. We identified part of a bug that turns on killer T-cells so they latch onto beta cells. This finding sheds new light on how these killer T-cells are turned into rogues, leading to the development of type 1 diabetes.”

The research, published in The Journal of Clinical Investigation, provides a first ever glimpse of how germs might trigger killer T-cells to cause type 1 diabetes, but also points towards a more general mechanism for the cause of other autoimmune diseases.

Dr Cole added: “We still have much to learn about the definitive cause of type 1 diabetes and we know that there are other genetic and environmental factors at play.

“This research is significant as it pinpoints, for the first time, an external factor that can trigger T-cells that have the capacity to destroy beta cells.”

Professor Melanie Welham, Chief Executive at the Biotechnology and Biological Sciences Research Council (BBSRC), who co-funded the study, said: “This demonstrates the value of research that explores the fundamental cell biology of the immune system.

“Finding the cellular mechanisms behind the development of autoimmune diseases, such as type 1 diabetes, could lead to treatments that help us lead longer, healthier lives.”

“This new finding, demonstrating how external factors may trigger T-cells to ‘wake-up’ and start attacking beta cells, helps to explain how this disease develops and could shape the future direction of new treatments and diagnostics.”

“The UK has one of the highest rates of type 1 diabetes in the world. Gaining a detailed insight into exactly how bacteria can turn on killer T-cells so they latch onto and destroy beta cells is a significant step forward for researchers working to develop new treatments for this serious life-long condition.  We are delighted that Diamond’s crystallography capabilities and expertise have helped to uncover this important information.  Here at Diamond, we’ve been building our structural biology facilities to include cryo-electron microscopy and fragment screening.  We can therefore help the UK research community to tackle more challenging problems and progress their structural biology work further down the drug development pipeline.  We expect these new capabilities to benefit those working on type 1 diabetes, as well as a host of other illnesses including cancer, heart disease and dementia.”