Microbiome May Hold the Key to Fighting Obesity

Microbiome May Hold the Key to Fighting Obesity 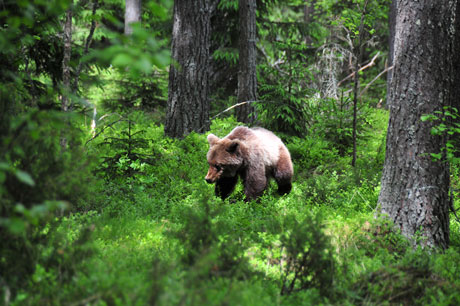 These findings may provide increased knowledge of how the gut microbiota affects our metabolism.

Professor Fredrik Bäckhed and his research colleagues have shown in several high-profile studies that metabolism related diseases such as diabetes, obesity and coronary heart disease are associated with bacterial changes in our guts.

In what Fredrik Bäckhed describes as “classic basic research”, he and his colleagues have mapped the seasonal variation in the gut microbiota, in sixteen wild brown bears.

In the present study, which involved researchers from the Scandinavian Brown Bear Research Project, Örebro University and Duke University, it was shown that the brown bear’s gut microbiota significantly changed per season.

“During winter hibernation, the concentration of several specific molecules in the bear’s blood increase, a process that we believe reflects changes in the gut microbiota. When summer is well underway, the omnivorous bear eats varied diet, which increase microbial diversity”, says Fredrik Bäckhed.

In an experiment where the bears’ gut microbiota was transferred to germ-free mice, the researchers were able to observe that mice receiving the bears’ summer gut microbiota increased their capacity to store fat.

“Especially interesting was the notion that the mice became fatter without developing insulin resistance, similar to the bears from where the microbiota was obtained,” says Bäckhed,

“The study is classic basic research and more studies are needed to arrive at any practical applications. But the bear study provides new knowledge on how gut microbiota affects our metabolism, a finding that may help us to develop bacteria based treatments in the future.”