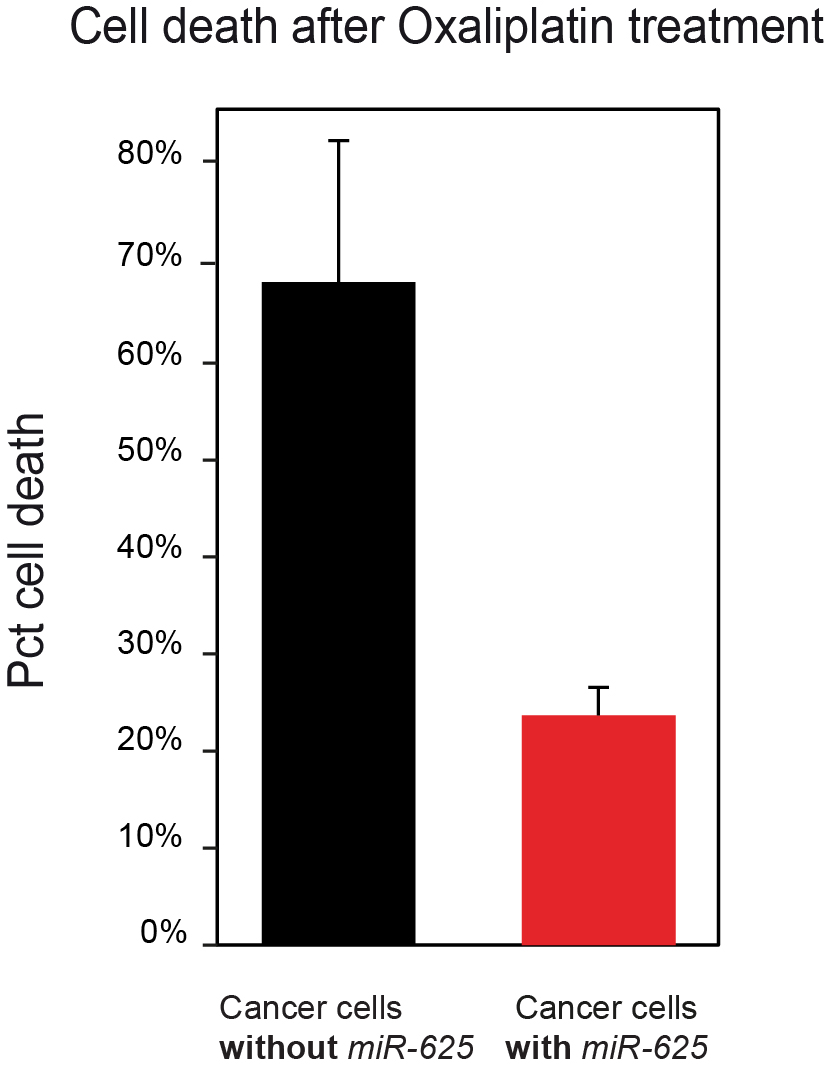 Annually about 2000 Danish patients with colorectal cancer are treated with chemotherapy. Today, a range of different chemotherapeutic regimens are available. However, deciding which regimen to use is not easy. Unfortunately, it is currently impossible to predict which regimen will be most beneficial for the individual patient and for a large number of patients their cancer cells are actually resistant to the chosen treatment. Roughly half of the treated patients do not benefit from their first-line treatment – the cancer cells are not killed – and the patients sometimes only experience the serious side effects of the treatment.

"The challenge is that we do not know beforehand in which 50% the treatment will work. This means we have to treat all patients in the same way – including the 50% who do not benefit, " says Claus Lindbjerg Andersen, head of the research team at Department of Molecular Medicine at Aarhus University Hospital.

For the last three years the research team has been working on the development of a so-called biomarker to predict treatment effectiveness. Now the researchers found a molecule which is closely associated with the effect of Oxaliplatin treatment, an anti-cancer drug widely used in the treatment of colorectal cancer.

"Patients with tumours positive for the molecule actually have a six times higher risk of being treatment-resistant than other patients ", says Mads Heilskov Rasmussen, Postdoc, who together with PhD student Iben Lyskjær has been driving forces in the research project.

Normally cells would die when treated with Oxaliplatin, however cancer cells expressing the molecule – a so-called microRNA - do not respond. The research group has shown that it is the microRNA molecule that directly prevents the cancer cells from eliciting the normal response to the drug.

“In principle, this discovery opens up for the possibility to examine if a patient's tumour has the microRNA biomarker before treatment is initiated” says Claus Lindbjerg Andersen. “If so, the patient should not be treated with Oxaliplatin-based chemotherapy but instead with one of the other anti-cancer drugs available” Mads Heilskov Rasmussen adds.

"It is approximately 20% of the patients who have the microRNA and can start another treatment and thus do not have to go through an ineffective Oxaliplatin treatment," says Mads Heilskov Rasmussen.

"In this way the patients can avoid the side-effects of an ineffective treatment".

"Our discovery also opens up for development of new treatment strategies as we have shown that if the microRNA is eliminated from the tumor, the effect of Oxaliplatin is restored" says Claus Lindbjerg Andersen. Accordingly, combination therapies could be a way forward.