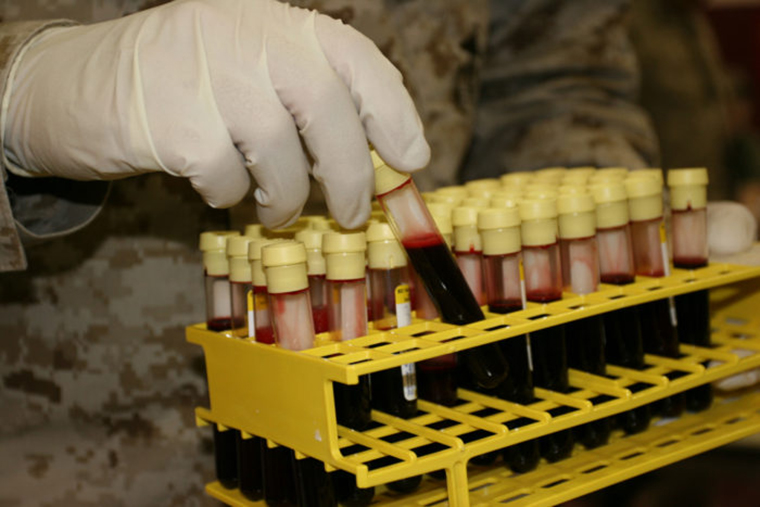 People with blood type O often get more severely ill from cholera than people of other blood types. New research from Washington University School of Medicine in St. Louis may explain why.

In people with blood type O, scientists found that cholera toxin hyperactivates a key signaling molecule in intestinal cells. High levels of that signaling molecule lead to excretion of electrolytes and water – in other words, diarrhea. Cholera is marked by severe diarrhea that can lead to dehydration, shock and even death.

The findings are available online in The American Journal of Tropical Medicine and Hygiene.

Cholera sickens 3 million to 5 million people around the world every year, leading to 100,000 to 120,000 deaths, many of them in the Indian subcontinent, where cholera has been endemic for centuries. Closer to home, a cholera epidemic has persisted in Haiti since 2010. The disease was brought by United Nations workers from Nepal. They had traveled to Haiti to help rebuild the country in the aftermath of a devastating earthquake.

The disease is caused by Vibrio cholerae, a bacterium that infects cells of the small intestine. Epidemiologists first noticed four decades ago that people with blood type O were more likely to be hospitalized for cholera than people of other blood types, but the reasons for the difference had never been determined.

Although the blood group antigens – A, B, AB and O – are best known for their presence on red blood cells, they also are found on the surface of many other cell types, including the cells that line the intestine.

Washington University is a leading center in building a biobank of enteroids derived from patients for investigations in personalized medicine. Since these clusters of stem cells are derived from normal intestinal cells from many individuals, they are an improvement over traditional cell lines, which are derived from cancer cells from a single individual and carry mutations that may make them behave differently than normal cells.

“It is well-established that high levels of this molecule lead to diarrhea, so we’re making the assumption that higher levels lead to even more diarrhea,” said Kuhlmann, an instructor in medicine and the lead author on the study. “Unfortunately, we have no way directly to link the responses to the volume of diarrhea and, therefore, the severity of disease.”

The researchers confirmed their results in an intestinal cell line originally derived from a person with blood type A. The cell line was modified to produce the type O antigen instead. They found that cholera toxin induced roughly double the amount of the key signaling molecule in cells with type O antigen than in those with type A.

Fleckenstein isn’t sure why cholera toxin induces different responses in cells with different blood group antigens on their surfaces.

“The cholera toxin is known to bind weakly to the ABO antigens, so they may be acting as decoys to draw the toxin away from its true target,” Fleckenstein said. “It may be that the type O antigen just isn’t as good of a decoy as the type A antigen.”

In the Ganges River delta region of India and Bangladesh, where cholera is highly endemic, blood type O is less common than in the rest of the world. About 37 percent of Indians and 33 percent of Bangladeshis have blood type O, as opposed to 45 percent of people worldwide, according to published research. It is thought that the deadliness of the disease made having the type O antigen a liability, causing the proportion of type O people in endemic regions to drop.

The study also illustrates that enteroids, clusters of intestinal stem cells that were developed only in the last few years, can be an important tool for studying infectious diseases of the gut.

“The beautiful thing about this research is that we’ve taken intestinal cells from people here in Missouri and used them to understand the pathophysiology of a disease that affects people worldwide,” said Ciorba, an assistant professor of medicine and one of the study’s authors. “In this particular situation, we knew that the epidemiologists thought that blood type mattered, but using enteroids, we’re actually able to see those differences in different people. It’s a proof of principle that this system can answer questions of global impact.”

Advances in Drug Discovery and Development