The XE-80P’s unique Charge-on-Demand™ feature allows the user to choose when the printer will charge, which reserves all power for the host device’s functions during a critical event. The XE-80P is the first printer JADAK will launch for original equipment manufacturers (OEMs) since General Scanning Printer Technologies became part of JADAK in June 2015. 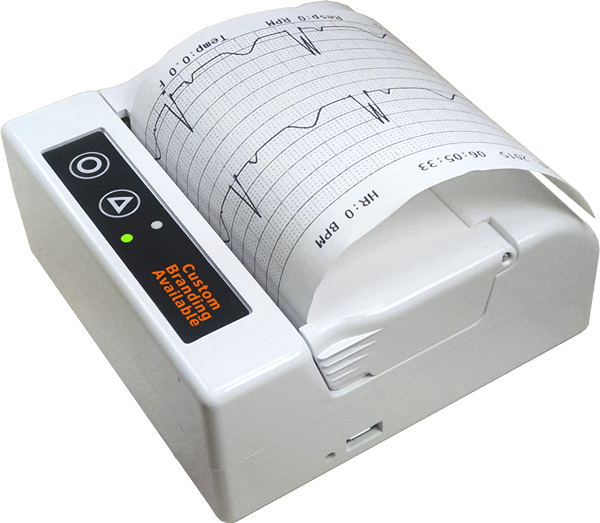 “The Charge-on-Demand feature differentiates the XE-80P from other mobile printing solutions, particularly those printers used in the emergency medical field,” said Scott Oppenheim, director of product management, printer technologies at JADAK. “Using this game-changing technology, especially when the printer is used with a defibrillator, it won’t charge or draw current during an emergency event, saving all power for the critical lifesaving functions of the defibrillator.”

The XE-80P is the only chart recorder and thermal printer to require a single USB cable for charging and communicating with other devices, compared with a two-part cable and adapter. The unit, which requires minimal power to operate, is outfitted with a long-lasting battery that will generally outlast the host device. Optional Bluetooth connectivity is available.

The compact, lightweight chart recorder supports 80mm paper and provides the ease of a standard printer with the options and security that OEMs demand in a chart recorder. In addition to being used as a portable printing solution in the emergency medical field, the XE-80P is well-suited for use in hospital and laboratory installations. It can seamlessly transition and print patient information, graphics, waveforms and linear (1-D) and matrix (2-D) bar codes.

As with all JADAK products, the company provides a full suite of support and services for the XE-80P, including cost-effective ways to adapt the platform to meet customer-specific needs and requirements.