Kate Robinson is the editorial assistant at Technology Networks. She joined the team in 2021 after obtaining a bachelor's degree in biomedical sciences.
Learn about our editorial policies
Read time:

Complete the form below and we will email you a PDF version of "Cerebral Cavernous Malformation: Moving Away From Surgery, Exploring Alternate Treatments"

Complete the form below to unlock access to this Audio Article: "Cerebral Cavernous Malformation: Moving Away From Surgery, Exploring Alternate Treatments"

In a paper published in Nature, a cancer-like mutation was linked to cerebral cavernous malformations (CCMs), a condition in which blood vessels in the brain are formed abnormally. Currently, the condition can only be treated by means of surgery however the discovery of the mutation has the potential to develop novel therapeutic strategies.

Technology Networks spoke to Douglas Marchuk, PhD and Daniel Snellings of Duke University School of Medicine to find out more about the current state and future prospects of CCM treatment.

Douglas Marchuk (DM): Cerebral cavernous malformations or CCMs are a type of vascular malformation that occurs in the brain. CCMs consist of a blood-filled “cavern” surrounded by a lining of endothelial cells. CCMs can be either a hereditary disease caused by autosomal dominant mutations in KRIT1, CCM2 or PDCD10, or as a sporadic disease occurring in otherwise healthy individuals with no genetic predisposition.

KR: What symptoms can be triggered by dysregulated vessel growth?

DM: The majority of CCMs are asymptomatic, and as a result are generally thought to be underdiagnosed. However, a subset of CCMs become quite aggressive leading to rapid growth and hemorrhage that can result in various neurological problems like seizures or hemorrhagic stroke.

KR: How could a greater understanding of CCM pathogenesis improve patient outcomes?

DM: Currently the only treatment for CCM is surgical resection. The goal for studying the molecular pathogenesis of CCM is to identify a pharmacological treatment and avoid invasive neurosurgery. One critical question about the pathogenesis of CCMs was whether or not the different somatic mutations associated with CCM (CCM genes and PIK3CA) were happening in the same cells or whether or not these were distinct populations of cells that come together in some manner to form a mixed malformation. This has really big implications for cell autonomy and whether these mutations are synergistic, or have completely distinct roles in the pathogenesis of CCM. Figuring out if the mutations co-occurred in the same cell or not will help determine how this disease forms and progresses. 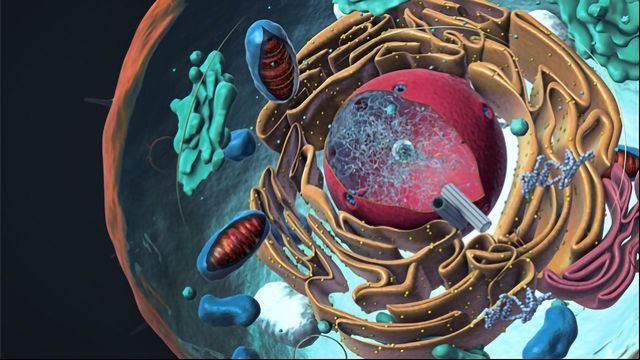 END_OF_DOCUMENT_TOKEN_TO_BE_REPLACED

KR: What are some of the drivers of aggressive CCM and how can these findings inform targeted therapies?

Daniel Snellings (DS): Previous studies had noted that a lot of these CCMs form as a result of a somatic mutation in one of three different genes (collectively referred to as CCM genes: KRIT1, CCM2 and PDCD10) implicated in familial CCM – and it is that somatic mutation event that initiates these lesions. One of the things that couldn't be fully explained by this phenomenon was that some CCMs are far worse than others. A lot of the sporadic CCMs tend to be very large and very aggressive; similarly, you also have very large and aggressive CCMs in familial disease. But you also have hundreds of these small, sometimes microscopic lesions that are just along for the ride. So, what differentiates these small lesions from the large ones? We hypothesized that there could be mutations in other genes that act as a modifier where a mutation in gene A could result in a very large CCM and mutation in gene B could do something else and it could make CCMs more aggressive or less aggressive.

We carried out a sequencing study of about 80 CCMs and we found quite surprisingly that about 80% of the CCMs we sequenced had a somatic gain-of-function mutation in the catalytic subunit (PIK3CA gene) of the PI3 kinase enzyme. This was surprising because genetic components that encode PI3 kinase are commonly mutated in cancers, whereas CCM is a non-cancer disease. CCM doesn't fulfill aspects that we associate with cancer. So, it's quite surprising to find a mutation in a cancer gene in CCM.

We had previously discovered somatic mutations in a set of CCM genes and the current study found this new mutation in PI3 kinase. What's interesting is, we have several CCMs that have both these CCM gene mutations and PI3 kinase mutations. It turns out that this evokes a model similar to cancer, where we have a biallelic mutation of this vascular suppressor gene (one of the CCM genes), just like tumor suppressor genes. Then we have gain-of-function of this vascular activating gene (PIK3CA), just like oncogenes. So, although phenotypically CCMs are very different from cancers, genetically there is a lot of overlap.

Currently, there is no therapy to prevent the development of progression CCMs. PIK3CA increases signaling in the PI3K-mTOR pathway, which is a drug target in cancer for rapamycin. Rapamycin (a.k.a. Sirolimus) is a US Food and Drug Administration (FDA)-approved mTORC1 inhibitor that is an effective therapy for venous and lymphatic malformations that arise due to PIK3CA gain-of-function mutations identical to those we identified in human CCM lesions. This study included testing the ability of rapamycin to prevent CCM formation in mice – and we showed that it did. These results identify rapamycin as a potentially powerful (and commercially available) drug to treat CCM disease.