Complete the form below and we will email you a PDF version of "Identifying and Addressing Bias in Drug Development: An Interview With Dr Namandje N. Bumpus"

Historically, medical knowledge was based on evidence collected from studies exclusively on men. The 1977 FDA guideline on “General considerations for the clinical evaluation of drugs” excluded women of child-bearing potential from taking part in the majority of early phase clinical research.

However, during the 1980’s a task force on women’s health from the US Public Health Service recognized that general understanding of women’s health was severely lacking due to the exclusion of women in research.

In this interview with Technology Networks, Namandje N. Bumpus, Ph.D, Associate Dean for Basic Research and Associate Professor of Medicine from Johns Hopkins discusses the presence of bias from bench to bedside, highlights how this can impact clinical success, and explores ways to address bias throughout the drug development process.

Laura Lansdowne (LL): You mentioned during a recent interview that we know far more about male biology than female – and one reason for this is that male preclinical models were historically (and in some instances still) used over females when testing drug compounds in early development.

In recent years there has been tremendous effort focused towards advancing in vitro toxicity models – organoids, patient derived models etc. – does this impact bias?

Namandje Bumpus (NB): Even when people are using organoid models or tissues slices, we still have to consider bias even at this stage. If you're using material – whole tissue, tissue biopsy, or primary cells – from male humans or male animals, there's still a problem.

If you review the literature, a lot of the researchers still using tissue slices and culturing them, are using only male animals. So, the bias is extending to some of these model systems really early on. If we are looking at primary cells from an animal, we have to make sure that we're using females too. I think at this point in time, that's not always the case – I think the bias is still there.

LL: As well as bias existing during basic research and preclinical stages of drug development, it also exists in early clinical studies as participants are typically male, of a specific age group, and limited ethnicities are represented – how does this impact the success of trials and the likelihood of late-stage failures?

NB: When you start administering drugs to bigger populations, you start to see adverse reactions, and in some instances, this is due to an increase in diversity, compared to the group you started with. 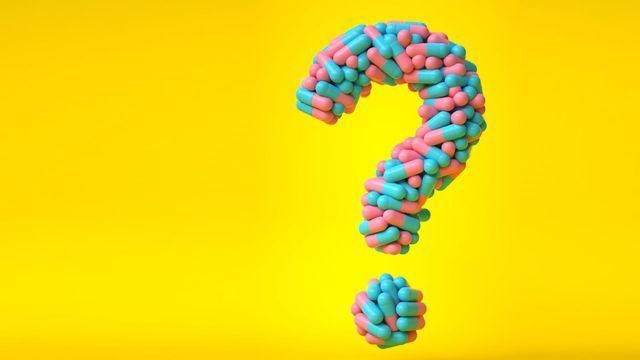 END_OF_DOCUMENT_TOKEN_TO_BE_REPLACED

In a small clinical study, I appreciate that it is hard to achieve the same level of diversity. But if you haven't looked at a drug response in females early on, you may fail to identify a potential response or reaction. Similarly, if you haven't looked at drug response, for example, in males/females across different ages, or males/females of different geographic origin, then that's when you start to see responses that you might not have expected.

An area we are beginning to look at more closely, is drug response and aging. Elderly people disproportionately use medication, and we really don’t know too much about the relationship between pharmacology and aging – people over the age of 65 years are not enrolled in clinical studies.

So as things change with age, decreased blood flow for example, there likely are changes that occur. We know from in vitro work, that there are some age-related modifications that do happen.

There could be changes to the activity of their proteins, the functioning of their organs, and we're giving them doses based on clinical data from younger adults that we've tested.

LL: What changes do you think need to be made to prevent bias?

NB: From a basic research standpoint, when we are working with tissues, I think it's really just making sure that both males and females are represented. Unless scientifically, it is not justified. For example, if you are studying ovarian cancer – a disease that exclusively affects females.

I think as we move to the clinical phase, it is making sure, as much as we can, that we are diversifying even at the earliest stages. There are ways to enroll females, people do worry about safety, for example reproductive impact, but there are ways to advise and educate participants in the study, and measures can be put in place to enable females to be participate.

In addition to that, we need to think early on about stratifying, to consider people’s ancestral geographic origin, and we also need to consider age. If the drugs being tested are predominantly going to be used in an older population, then the earlier studies exploring safety and tolerability should reflect this and should include people from an older population.

LL: How much responsibility should fall on regulatory authorities in terms of addressing bias?

NB: I think regulators must lead this effort because people generally follow the rules that are set forth. I'm sure there are some people out there that would want to carry out these extra activities to address bias, but if it is not actually required, it can be a hard case to make.

If you consider the financial side of things, if you have a finite amount of money, are you going to conduct all these extra experiments if they aren't actually required by the regulatory agencies?

There is also some level of concern that if you do provide a lot of extra information, that it could potentially cause a bottleneck in the process, delaying applications and approvals.

When it comes to earlier research funding, academia plays a large role. Academia will often do some of the early clinical studies, as well as a lot of the preclinical work. The funding agencies across the world need to ensure that these biases are being addressed at the earliest stage. They should be ensuring that there is a requirement for researchers to demonstrate that they are factoring in sex differences – as it is a biological variable. The funding agencies need to enforce this.

In addition to regulatory agencies and funding agencies, I think journals also have a role to play in addressing this bias. If journals required you to present data in both males and females, or to justify why just one sex was studied, I think it would change the culture.

Complete the form below to unlock access to this Audio Article: "Identifying and Addressing Bias in Drug Development: An Interview With Dr Namandje N. Bumpus"