Complete the form below and we will email you a PDF version of "Liver Spheroids: A Major Step Towards Meaningful In Vitro Testing for Human Hepatotoxicity Potential"

For over a decade, the pharmaceutical, chemical and cosmetics research industries have been searching for appropriate in vitro models for human toxicity testing, in order to reduce reliance on animal models and eliminate the associated cost, reliability and ethical implications. The development of new in vitro models to replace in vivo testing has already proven quite successful for certain targets. Among these are models of the immune system and human skin, while in vitro cardiac arrhythmia models are poised to emerge in the near future. Despite this clear progress, an efficient model for liver organ toxicity testing still remains elusive.

Until recently, standard 2D cell culture of cancer cell lines, such as the hepatoma-derived HepG2 cells, has served as an acceptable model for acute liver cellular toxicity testing. However, many liver toxicity-inducing drugs do not exhibit classic acute cellular toxicity. Instead, mechanisms requiring prolonged exposure and multiple signaling pathways tend to be the norm, rather than the exception, when it comes to drug-induced liver injury. Moreover, many liver toxicities are idiopathic in nature where a specific cause or mechanism is not identifiable. As a result, even with the current combination of animal testing and 2D cell culture models, many liver-toxic chemicals are still making it into late clinical development and even to market.

One prevailing idea of the right type of model that would fill the current gaps of animal models and 2D cell culture would be a 3D tissue-like model made with human primary cells. Such a system would more reliably mimic the human in vivo conditions. It would likely require all of the different cell types of the liver and some sort of structure to enable the cells to work identically as they would in the human body.

To date, many complex in vitro liver systems have been developed and presented to the market, including micro-patterned co-cultures, complex mixed cell cultures, 3D printed liver tissues and various microfluidic systems. However, many of those systems have proven laborious to develop, expensive to implement and have made only incremental advancements over their predictive potential. Perhaps the thinking behind those systems has been that the liver is a complex tissue and therefore, the best in vitro model would also need to be complex. But in reality, the most appropriate in vitro model for evaluating human toxicity simply needs to be the one that is the most predictive, regardless of complexity.

How could liver spheroids help address the challenges?

One very elegant approach is the simple formation of a cell spheroid from primary human hepatocytes. Most recently, researchers at Genentech and Karolinska Institute have demonstrated that by using an inexpensive, commercially available round-bottom, low-attachment 96-well culture plate and a vial of primary human hepatocytes, it becomes possible to create 96 small liver micro-tissues with the ability to accurately predict liver toxicity 70–80% of the time. While this might not sound too impressive, we should consider that the combination of rodents and other animal models in preclinical stages boasts roughly the same predictive accuracy at hundreds of times the cost. 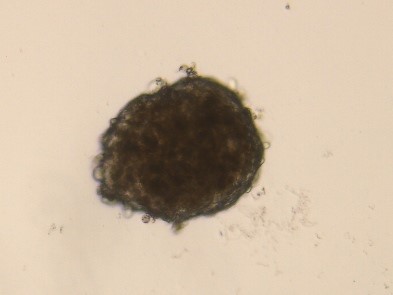 These questions and many more will be addressed in the coming years as more researchers and programs start working with in vitro liver models, in particular spheroid cultures, and report their findings. We look forward to seeing the progress over the next year or two.