Complete the form below and we will email you a PDF version of "Male Birth Control: Development of a Hormonal Contraceptive Pill"

Contraceptive methods that men use directly, or that require their co-operation to use, including condoms, withdrawal, rhythm and male sterilization, account for just 25% of all contraceptive use worldwide.

The lack of reversible male contraceptive options has meant female-only methods, such as female sterilization, intrauterine device (IUD), pill, injectable and implant, have continued to dominate globally. However, a survey of 9342 men (aged 18–50 years) from 9 countries showed that > 55% were willing to use a hypothetical hormonal male contraception.

We recently spoke with Christina Wang, MD and Stephanie Page MD, PhD  – both involved in the development of two male oral contraceptive drugs. Wang and Page discuss the most recent clinical study results, explain how the drugs work, and highlight the various alternative drug delivery methods they are currently investigating, such as a transdermal gel and injection.

Laura Lansdowne (LL): What has been the main driver of this work, why is there so much interest in developing a hormonal contraceptive for men?

Stephanie Page (SP): The main driver for the development of a male contraceptive is the staggering rate of unplanned pregnancies globally (approximately 40%). This points to an unmet contraceptive need. Male contraceptives could help fulfill that need. Men are interested in sharing the burden of contraception with their female partners, and male methods currently account for approximately 17% of global contraception (condoms + vasectomy + withdrawal/rhythm). But men have few reversible contraceptive options, and many men prefer to have fertility remain an option in the future. This work is aimed towards changing that and providing men, and couples, with new contraceptive choices.

Christina Wang (CW): The hormonal methods are the mainstay of reversible contraception in women. We know these hormones well and their possible adverse effects if any. It is much easier to bring hormonal contraception to market than compounds we do not know so well. 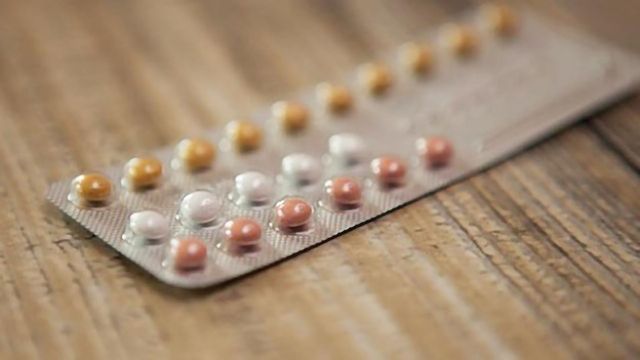 END_OF_DOCUMENT_TOKEN_TO_BE_REPLACED

LL: Could you comment on the design of the 11-beta-MNTDC trial and the key findings gathered from the study?

SP: This is a placebo-controlled, 28-day study of healthy men using two different doses of 11-beta-MNTDC, administered daily with food. The main findings are the steroid was well tolerated without serious adverse side effects AND that it suppressed male hormone production in ways comparable with known, effective, (experimental) male hormonal contraceptives. We did not expect to, nor did we, observe suppression of sperm production because the study was not long enough. That would take 3–4 months.

LL: You note that study participants did not complain of loss of sexual drive – could you elaborate on this?

CW: There was no change in erect function and their sexual activity score.

LL: Were there any off-target effects observed in the study?

SP: We observed some mild weight gain, increase in hematocrit (red blood cells), and changes in cholesterol in subjects taking 11-beta-MNTDC compared to placebo. These are not unexpected in men taking androgen-progesterone combinations, particularly orally.

LL: You mention that 11-beta-MNTDC, is a "sister compound" to dimethandrolone undecanoate (DMAU), could you comment on the development of DMAU? Is there any information from ongoing/ completed studies that you could share with us?

SP: DMAU is currently being evaluated in a 3-month study in 100 men at LA BioMed and the University of Washington. The goal of this longer study is to evaluate the impact of daily oral DMAU on sperm production. Recruitment is ongoing and we anticipate reporting of results within the next year.

LL: What drug delivery methods are you currently investigating and why is it important to explore a variety of different formulations?

SP: We are also evaluating a daily transdermal gel (Nesterone-Tetosterone) and a longer acting injection (the goal is injections every 3-4 months) funded by NICHD and working with Diana Blithe, PhD.

Why so many formulations? We know that contraceptive uptake is increased when people have choices and different men will prefer different methods. We want to ultimately give men, and really couples, choices, throughout their lifespan. Just like most women, we anticipate that men may prefer one method at one point in their reproductive lives and a different method at a different point. If we envision a world where there is considerably more sharing of contraceptive burden, men and women will appreciate having different methods to choose from and this will likely increase use and decrease the economic, social and health burdens of unplanned pregnancy.

Christina Wang, MD is an investigator at the Los Angeles Biomedical Research Institute (LA BioMed) and a professor of medicine. Stephanie Page MD, PhD is a professor at the University of Washington School of Medicine. Wang and Page were speaking to Laura Elizabeth Lansdowne, Science Writer for Technology Networks.