Phenotypic screening is gaining new momentum in drug discovery with the hope that this approach will improve the success rate of drug approval.1 In this article we look at some of the latest screening tools and their applications.

What is phenotypic screening?

Phenotypic screening essentially allows scientists to interrogate biology that better mimic the pathology they’re investigating – and this broadly means using cell-based assays. But while cells may provide more context than target-based assays where a purified protein is used, traditional cell-based assays use immortalized cell lines grown in artificial environments, and these come with a wide range of limitations.2

Changes to cells over time, culture conditions and the lack of neighboring cells or substrate with which to interact are all limitations of these conventional phenotypic assays.2 Increasingly, researchers are exploring tools such as patient-derived cells or tissues, induced pluripotent stem cells, high resolution imaging and gene editing technologies like CRISPR to recreate assays that better reflect the intricacies of human disease.2

For example, at the Target Discovery Institute at Oxford University, Principal Investigator Daniel Ebner leads the High Throughput Screening facility where they work with groups across Oxford, the UK and internationally to either develop more predictive assays to improve target identification. “We work with a broad range of research scientists across many biological areas and disease pathologies – world experts in their field,” says Ebner. “So, if we think a physiological process is really important in a particular pathology, for example, therapeutic angiogenesis in wound healing, we are very well placed to develop a screen to identify modulators that promote tissue repair as a therapeutic target.”

This is illustrated by their recent study with Dr Ayman Zen where the team developed a high-content imaging screen using the endothelial tube formation assay, miniaturized to a 384-well plate format. Screening with an annotated chemical library of 1,280 bioactive small molecules identified a retinoid agonist, Tazarotene, that enhanced in vitro angiogenesis and wound healing in vivo. This high content screen identified an already FDA-approved small molecule that could be potentially exploited in regenerative medicine.3 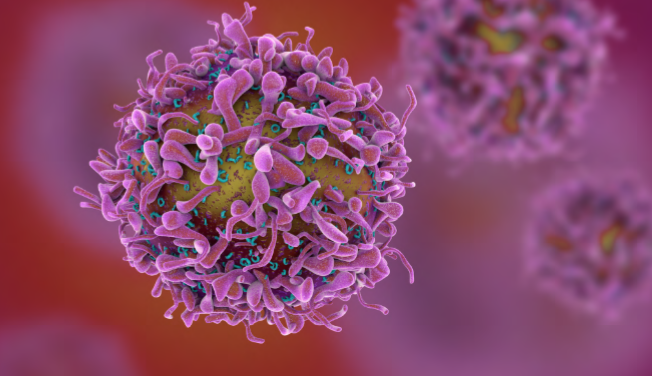 Immuno-oncology encompasses a number of approaches with one common thread: they harness the body’s own immune system against cancer.

Download this article to learn how advanced throughput flow cytometry overcomes these challenges to drive forward innovation in the immuno-oncology field.

Ebner’s team’s main focus is using pan genetic tools (RNAi historically, but now CRISPR), and small compounds where the primary target is known. This is an important distinction because, if a phenotypic change occurs, it enables them to very quickly identify the target. “Every day in science, there is a trade-off. The trade-off here is that arguably there's maybe around three or four thousand proteins that have ever been drugged or have probes that target them moderately specifically,” says Ebner. “That means you're only really hitting or interrogating one-fifth of the entire genome using small compounds. Alternatively, we can use CRISPR and RNAi as pan genomic tools in an attempt to better identify targets that are therapeutically important, however both essentially eliminate the targeted protein, which is a different mechanism than a classical drug. In both cases, using the expertise of the scientists who have been dedicating their lives to a particular pathology or understanding particular cellular pathways is the key.”

Ebner is currently working in collaboration with recent Nobel-Prize winner Peter Ratcliffe, alongside scientists at Edinburgh University and MIT, to model hypoxia in glioblastoma. “Hypoxia is a problem with some glioblastomas as it protects cells from radiotherapy treatment. Our aim is to use Peter’s expertise to help us set up an assay that mimics real tumor hypoxia. Then if we can identify small compounds that alter that hypoxic condition we can make the glioma cells more susceptible to either radiotherapy or temozolomide or some other treatment combination.”

The lab’s main readout is high-content imaging, using fluorescent microscopy that can take many thousands of pictures. This approach utilizes different labels and harnesses software that automates the image analysis. The image analysis is set by the biologists but then it's applied across the entire screen. “It’s lower throughput than plate-based readout, but you get a lot more information out of the images, says Ebner. “Increasingly, high content imaging is moving towards using AI and deep learning where you're trying to draw out even more information than the primary phenotype that you were looking at.”

The evolution of CRISPR screening

At the Institute for Cancer Research in London, Dr Steve Pettitt works on developing ways to use CRISPR to probe drug sensitivity and resistance. He says there are now other emerging applications of CRISPR that are being used for screens. “It’s quite clear that CRISPR is really changing functional screening. Before CRISPR came along we had RNA interference (siRNA or shRNA screens) and although people knew there were problems such as off-target effects, often affecting other genes in unpredictable ways, they developed algorithms to account for that and the technology was working quite well, at least in certain circumstances. But now that CRISPR has come along, its ease of use and lack of some of these shortcomings has led to much wider adoption for screens.”

Indeed, a recent study using CRISPR-Cas9 mutagenesis showed that the proteins targeted by many cancer drugs currently in clinical development are non-essential for tumor growth, despite evidence to the contrary from previous studies using RNAi and small molecule inhibitors.4 In addition, the efficacy of the drugs tested was unaffected when CRISPR was used to knockout its assumed target – suggesting that many are eliciting their anticancer activity through off-target effects.

The other benefit of CRISPR is that it’s extremely flexible, says Pettitt. This means you can expand the range of cell line models, for example, that you can screen in. “The key reason why RNAi was such a popular technology, and now CRISPR is, is that you can basically knock out a gene by synthesizing just a short piece of RNA,” he explains. “CRISPR guides are very easy to synthesize, you can do it in a very high throughput setting, and you can design customized libraries to knock out every gene in the genome or a particular set of genes. As long as you can get the CRISPR machinery into your cells, it works very reliably.”

The classic CRISPR (CRISPR-Cas9) system comprises a nuclease called Cas9 which you can program with a short RNA (20 nucleotides). The RNA will direct the nuclease to a certain site in the genome that matches and the nuclease will cleave the genome at that point. Repair of that double-strand break results in small insertions and deletions that result in knock out of a gene. But there’s now more evolved applications of the technology emerging.

“I think it's possible to be very creative with CRISPR in a way that it isn’t with RNAi, says Pettitt. “With RNAi you can really only shut genes off, but with CRISPR – as well as making random mutations to knock out genes - you can also precisely edit genes if you provide a template region with a mutation with it. This can be incorporated into the target site for CRISPR so you can introduce the specific mutation you’re interested in.”

One such example is the problem with BRCA1 mutations: it’s important to be able to functionally classify whether these mutations are benign or pathogenic. A recent study used CRISPR to test 96.5% of all possible single-nucleotide variants (SNVs) in exons that encode functionally critical domains of BRCA1 and found over 400 non-functional missense SNVs were identified, as well as around 300 SNVs that disrupt expression. This knowledge will immediately aid clinical interpretation of BRCA1 genetic test results.5 In another study,6 Pettitt and colleagues used genome-wide CRISPR-Cas9 mutagenesis screens to identify the mutated forms of PARP that cause in vitro and in vivo PARP inhibitor resistance, and found that these mutations are also tolerated in cells with a pathogenic BRCA1 mutation resulting in a different profile of sensitivity to chemotherapy drugs compared with other types of PARP inhibitor resistance.

“You couldn’t screen at that level of detail using RNAi, where you design custom CRISPR that targets many different regions of the same gene and you can figure out which domains of the protein are important for your phenotype of interest,” says Pettitt.

There are other evolutions of CRISPR now being developed as screens. “For example, if you mutate the nuclease activity of Cas9, it still retains its ability to localize to the target site, so you can fuse Cas9 to transcriptional activators or repressors, and screen for transcriptional repression with CRISPR, as well as knock-out screens,” says Pettitt. “There’s also a whole range of CRISPR tools being developed that will edit bases by causing missense mutations rather than insertions or deletions, or causing methylation of DNA, or bringing in fluorescent proteins so you can visualize where the DNA sequences in the cells are. It’s a measure of how flexible and useful CRISPR is in comparison to RNAi.”

So will CRISPR be the one technology that everyone turns to for phenotypic screening in future? “I’m a firm believer that no technology answers every question,” says Ebner. “CRISPR is amazing, it’s use as a therapeutic or biologic is the stuff of science fiction. But as a tool for target identification, it comes with one important caveat. CRISPR knockout means exactly that – it removes the potential protein that would otherwise be in the mix. That’s very different from a small compound inhibiting a protein that is still able to form a complex or that is just not active. It’s the perfect example of a brilliant technology that is transformative, but it's not perfect. No technology is perfect.”