Andy Tay holds a PhD from the University of California, Los Angeles, where he focused on neuromodulation and engineering. He completed his postdoctoral training at Stanford University where he developed nanotechnologies for immuno-engineering.
Learn about our editorial policies

With rapid advances in molecular biology, recombinant technology and genomics, target-based drug discovery (TBDD) has become the leading approach adopted by the pharmaceutical industry for the past three decades. While advantageous in throughput and costs, TBDD has not led to a concomitant increase in the number of new molecular entities and biological product discoveries, despite increasing investment by pharmaceutical companies. In this article, we will compare the two key drug discovery approaches, the challenges and opportunities of each and the future of TBDD.

TBDD starts with a defined molecular target such as a gene, gene product or molecular mechanism that has been identified through genetic analysis or biological studies. Genetic and molecular biology methods are typically used to identify genes involved in diseases and with cheaper and faster sequencing, results from large-scale projects such as the Human Genome Project are also being exploited to expand the number of potential molecular targets. Following this, recombinant technology is used to express genes in simpler organisms like yeast, which allows for screening against large compound libraries in a high-throughput fashion to identify “hits” – small molecules and/or biologics that interact with the target of interest.

The typical process includes target identification, target validation, assay development, hit identification, lead optimization, followed by preclinical and clinical development. A good example demonstrating the utility of TBDD is the discovery of 5HT2a receptor as a key molecular target involved in psychosis. Following this discovery, the drug pimavanserin was identified as an inverse agonist and approved by the U.S. Food and Drug Administration (FDA) to treat Parkinson’s disease psychosis in 2016. Technological advances in the field of computer science have given rise to machine learning models that can improve the outcomes of TBDD through virtual drug screening and de novo drug design. One example is the application of machine learning strategies to quantitative structure-activity relationship (SAR) modeling, to better identify relationships between the chemical structure of a drug and its activity. This approach has been used to optimize lead compounds by structural modifications to enhance activity or decrease or eliminate adverse side effects. 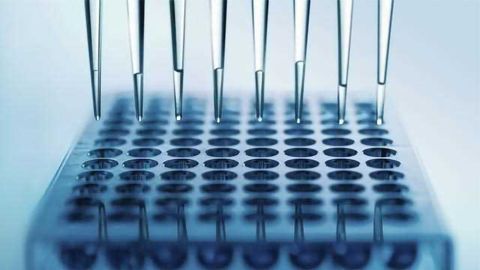 END_OF_DOCUMENT_TOKEN_TO_BE_REPLACED

The other common strategy for drug discovery is phenotypic or target-agnostic screening where drugs are identified without prior knowledge of a specific molecular target. Instead, drugs are tested for their pharmacological actions, typically in animal models, to achieve a desired physiological response or to restore a particular phenotype. Antibiotics are a good example of medicines that are discovered in this way, as they have largely been identified through their ability to inhibit bacterial growth or kill bacteria, without knowledge of its biological mechanism. Dr. John Moffat and co-workers opined that phenotypic drug discovery projects against infectious diseases often have strong chain of translatability which means that a simple assay readout like inhibition of bacterial, viral or parasitic replication can strongly correspond to anti-infective activity in preclinical animal models and patients.

A main advantage of target-based drug discovery is its ease of execution compared to the phenotypic approach. It is also generally faster and less costly. Furthermore, once a molecular target is identified, drug discovery researchers can make use of advanced tools like crystallography, computational modeling, genomics and mutational analysis to better understand how a drug interacts with its target to optimize its structural-activity relationship, or to enhance its biodistribution.

Recently, Dr. Lanyon-Hogg, a principal investigator at the University of Oxford, and colleagues developed a photochemical probe to elucidate how a small molecule inhibitor can bind to human Hedgehog acyltransferase (HHAT) which is part of the mammalian membrane-bound O-acyltransferase (MBOAT) superfamily implicated in diseases such as cancer and obesity. The Lanyon-Hogg Group exploits synthetic chemistry and biochemistry approaches to develop biologically active small molecules.

“Information on the binding site and molecular mechanisms of small-molecule inhibitors of HHAT remain elusive. In this paper, we used medicinal chemistry and a novel assay for HHAT lipid transferase activity (Acyl-cLIP) to analyze the SAR for HHAT inhibition and identify a single-enantiomer inhibitor, IMP-1575, which is the most potent HHAT inhibitor reported to-date,” said Lanyon-Hogg.

“The identification of a small molecule binding site in HHAT, along with very recent solving of the cryo-EM structures of HHAT, now opens the possibility of using structure-guided approaches to accelerate inhibitor development. There may be substantial follow-up work in medicinal chemistry studies of HHAT inhibitors as these compounds are optimized further. Structure-guided medicinal chemistry may be an important stepping-stone in validating HHAT as a drug target in cancer, by aiding the development of tool molecules for target validation in in vivo models.” 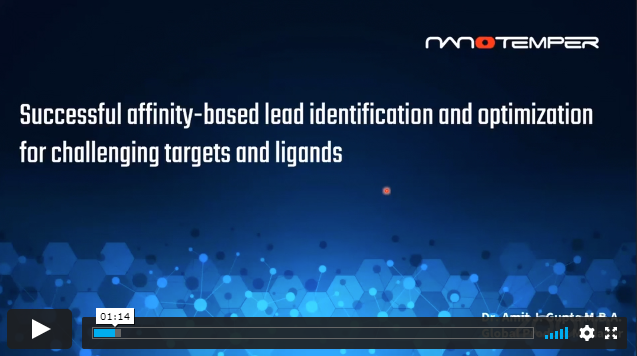 It’s not by chance that biophysical methods are becoming an integral part of drug discovery workflows. Targets are becoming more diverse and challenging, demand for fragment-based screening projects is increasing, and the need to identify ligands with different mechanisms of action is rising. Watch this webinar to find out more about current trends and challenges in drug discovery and development and affinity-based screenings case studies for challenging ligands and targets.

Lately, Francis Crick Institute’s Dr. Cassandra Kennedy and co-workers designed a novel photoaffinity alkyne-tagged probe that binds to MCC950, a potent small molecule inhibitor of the NLR-family inflammasome pyrin domain-containing 3 (NLRP3) protein that has been shown to inhibit inflammation in animal models. This study found that MCC950 could associate with targets other than those for which the drug was meant to bind which had not been identified until now. These off-target interactions can lead to toxicity if unrelated biological pathways are unintentionally interrupted.

“We used photo-affinity labeling (PAL) and thermal protein profiling (TPP) with proteomics to identity protein targets of MCC950, a potent NLRP3 inhibitor. We identified and validated carbonic anhydrase 2 (CA2) as an off-target protein for MCC950 at biological relevant concentrations. This work highlights the powerful scope of chemical biology tools and proteomics in on- and off-target identification and validation,” said Kennedy.

Newly developed tools, such as the probes mentioned above, provide an effective means to confirm drug–target interactions. By understanding this interaction, it is possible to optimize the compound further using medicinal chemistry approaches, to improve selectivity and affinity to the target. In contrast, without a prior understanding of a drug–target interaction, it can be challenging to further optimize the drug’s characteristics, which can be a limitation of the phenotypic screening approach. In other words, target-based drug discovery allows researchers to isolate a problem and address it efficiently by enhancing drug design.

TBDD is also particularly useful when there is a proven, strong link between a gene and disease, and this applies not only to monogenic diseases but common illnesses as well. For instance, it was found that a gain of function mutation in the PCSK9 gene elevated levels of low-density lipoproteins (LDLs), sometimes referred to as “bad cholesterol”, in human blood. This discovery eventually led to the approval of drugs alirocumab and evolucumab by the FDA in 2015. Both drugs work by blocking PCSK9, lowering LDL cholesterol and consequently reducing risk of heart disease. 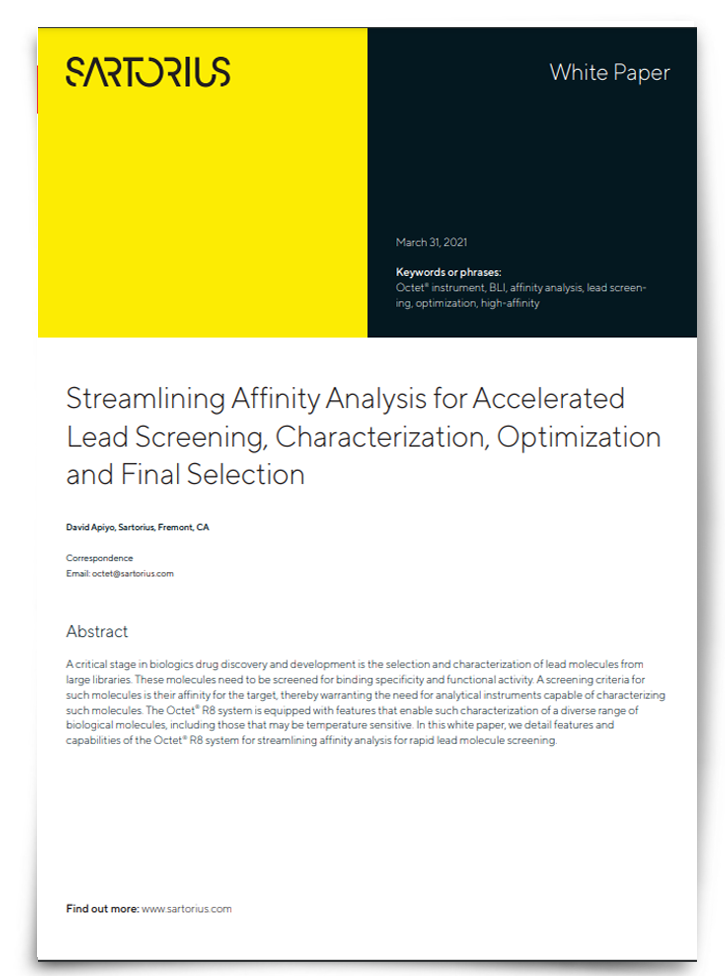 Antibody and other protein therapeutics are a major focus in drug discovery pipelines today. A critical stage in biologics drug discovery and development is the selection and characterization of lead molecules from large libraries. Download this whitepaper to learn more about how to find the right characterization technique and push past limitations in the lead selection and optimization process.

Nevertheless, TBDD has limitations, one of which being overly simplified assays. Assays using synthetic recombinant cells do not always reflect the complexities found in within the physiological environment of intact organisms. In fact, with huge progress in phenotypic screening tools such as induced pluripotent stem cells, organoids, organ-on-a-chip systems, high-content imaging methods and gene editing techniques such as CRISPR-Cas, there has been a resurgence of phenotypic drug discovery in the pharmaceutical industry.

Another challenge of TBDD is that drugs may act on more than one target, and the observed therapeutic efficacy might not always be attributed to the identified molecular mechanism. For instance, selective serotonin re-uptake inhibitors may also treat depression by regulating inflammation. Another well-known example is sildenafil (more commonly known as Viagra) which was designed to treat cardiovascular disease but had an unexpected pharmacology to alleviate erectile dysfunction. Furthermore, common diseases that have huge socioeconomic consequences like depression and obesity, are often multifactorial and it will be challenging to identify a single molecular target. In cases where there could be adverse side effects, the therapeutic benefit of lowering just one out of many risk factors may not outweigh the negative impact. 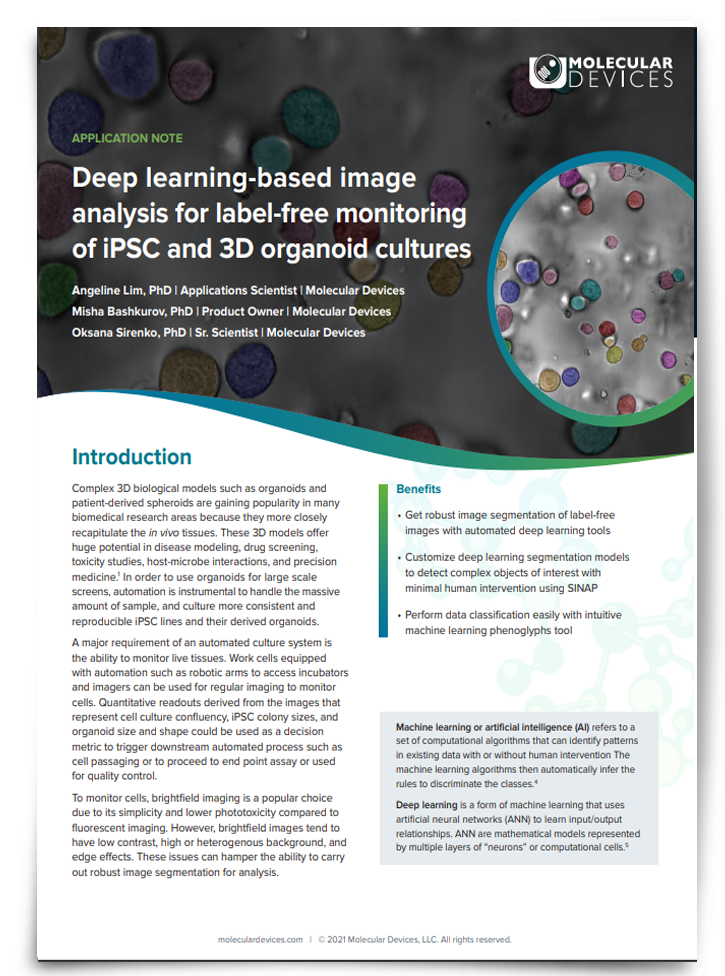 In order to use organoids for large-scale screens, automation is vital to handle the massive amount of samples while maintaining consistent culture and reproducible iPSC lines and their derived organoids. Download this app note to discover a solution that gets robust image segmentation of label-free images with automated deep learning tools and performs data classification easily with an intuitive machine learning phenoglyphs tool.

The best of both worlds

An ideal strategy to successfully develop a drug is to integrate the best attributes from both target-based and phenotypic drug discovery approaches. In reality, the majority of successful drug discovery projects combine knowledge of a molecular target with physiologically relevant cellular assays to identify the molecular mechanism of action. This is useful because as technologies for these drug discovery approaches improve, there is a greater chance of successfully identifying a drug using an integrated strategy.

Another important reason why an integrated approach is advantageous is that there is still insufficient understanding of basic human disease biology (and hence, molecular targets) and current disease models do not fully recapitulate human diseases (hence, insufficiency of the phenotypic drug discovery approach). For instance, while the molecular drivers for Alzheimer’s disease may be similar in humans and mouse models, the resulting pathogenic mechanisms differ. Additionally, most preclinical animal models are unable to faithfully capture details of a complex tissue microenvironment such as that seen in late-stage solid tumors where there is considerable patient heterogeneity in cell composition and mutations. The lack of highly predictive animal models and a quantifiable assay end point that mechanistically corresponds to a causal disease biomarker makes the case for an integrated approach stronger.

On average, drug development takes 12 years from the time of development to the approval and launch of a product. While not perfect, TBDD has shown to be a powerful way to exploit knowledge of specific molecular mechanisms to identify and validate a drug target. Continual developments in molecular biology and genomics will enable better mechanistic understanding of human disease biology while machine learning can further enhance methods like high-content imaging and computational modeling to improve lead optimization. While often discussed as opposing methods, target-based and phenotypic drug discovery approaches can in fact be complementary and integrating them may enhance the chances of successfully developing a drug.

Complete the form below to unlock access to this Audio Article: "Promises and Challenges of Target-Based Drug Discovery"

Andy Tay, PhD
More from this author >
Advertisement
Chosen for You
Whitepaper