NutriStem® hPSC XF Medium is a defined, xeno-free, serum-free medium designed to support the growth and expansion of hIPS and hES cells. 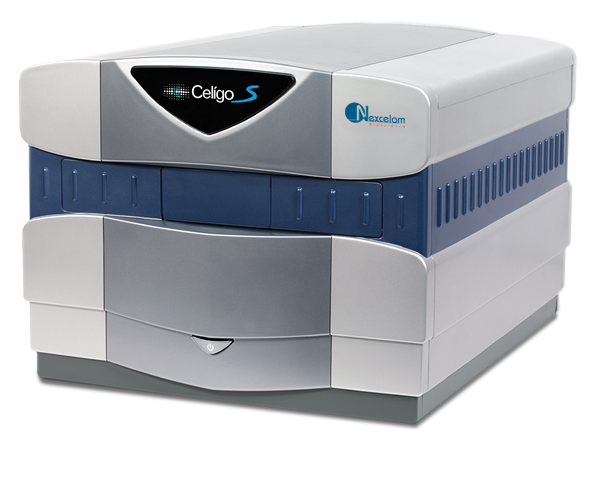 " The Celigo exemplifies how we extended our technology platform with joint application development along side with our expert customers, to meet evolving needs."

Angelo DePalma, PhD
Pharmaceutical developers routinely employ cell-based assays to add biological relevance to compound screening.
Immortalized cell lines have until recently been the standard for such assays, based mostly on their availability: they expand almost indefinitely, making them widely available in nearly unlimited quantities. However, through the very process of immortalization, these cells undergo genetic changes over time, and experience genomic drift in subsequent generations.
Investigators increasingly opt for primary cells, isolated directly from tissues or organs that drugs target: cardiomyocytes for heart cardiomyopathies, hepatocytes for liver toxicity, islet cells for pancreas, neural cells for brain function, and so on.
Primary cells maintain their natural phenotype and physiological behavior but isolating, and particularly culturing them, is tedious, expensive, and time-consuming.
In this regard, human induced pluripotent stem cells (iPSCs) are a game-changer. iPSCs arise from ordinary adult cells, often skin fibroblasts, that have been re-programmed into a primitive state. Subsequent culturing turns these multipotent cells into fully functional human cell lineages, for example cardiomyocytes (heart), hepatocytes (liver), neurons (CNS), and others. Because they multiply almost indefinitely (but not without difficulty), iPSCs provide a theoretically endless supply of target primary cells.
“Physiological relevance has been the Holy Grail for academic researchers and drug discovery,” says Daniel Schroen, Ph.D., a vice president at Cell Applications, Inc. (San Diego, California, USA). Primary cells derived from iPSCs deliver much in that regard, especially when combined with emerging technologies like three-dimensional culturing and cell co-cultures.
“This is where iPSCs are coming of age,” Schroen tells Technology Networks.
Several suppliers now produce iPSCs, often derived from human dermal fibroblasts reverted to primitive state, through methods that involve Sendai virus infection, the Yamanaka method, or other emerging technologies. Introduced by 2012 Nobel Prize winner, Dr. Shinya Yamanaka’s process involves the use of four transcription factors to generate iPSCs from skin cells.
What makes induced pluripotency methods special is the ability to harvest fibroblasts from single individuals with normal health status or diseases of interest. The iPSCs will carry forward to their offspring those genes implicated in disease. “These cells may be further expanded and stored in libraries, to provide subtypes of cells researchers might want,” Schroen says. “Or, researchers and screeners may ask for iPSC to be generated from highly-specific donor profiles on a custom basis.”
Programmability Equals Versatility
Stem cells exist in animals throughout life, in very low abundance, as part of the organism’s apparatus for cellular renewal and tissue repair. The two major stem cell types applicable to research, therapy, and drug discovery are embryonic and induced pluripotent. Embryonic stem cells (ESCs) arise from discarded embryos, from unfertilized eggs that undergo parthenogenesis, or through somatic cell nuclear transfer into egg cells whose nuclei have been removed. Ethical considerations have plagued embryo-derived cells, while problems of immunogenicity complicates their use as treatments.
iPSCs are made by reprogramming adult cells to a primitive state from which they may be induced to form most somatic cells by the application of chemical signals. iPSCs have opened areas of research and therapy that were previously problematic or inaccessible with ESCs.
The applicability of iPSCs to drug discovery arises from their programmability. At one level the cells can form heart, nervous system, or liver cells. To serve more fully as test systems for biomedical research stem cells may exhibit characteristics of diseased cells. One method of achieving this, available for both ESCs and iPSCs, is to impose a disease phenotype through gene editing. This technique is effective when designing drugs specifically to interfere with or enhance the activity of a limited number of genes.
The other approach involves harvesting cells for subsequent transformation to iPSCs from individuals who have previously been diagnosed with a disease. This approach generates greater genetic diversity among “diseased” or disease-prone cells than would be found in edited cells, but some scientists believe it more faithfully replicates the entire genetic repertoire -- both known and undiscovered -- of human disease, particularly on an individual level.
StemoniX (San Diego, California, U.S.A.) specializes in what might be termed industrialization of iPSC-derived stem cell systems and assays to accelerate drug discovery. The company expands human iPSCs, differentiates them into organ cells like cardiomyocytes and neurons, and shaping and plates them as bio-relevant structures in high-throughput screening formats.
When cultured onto flat plastic, human iPSC-derived cardiomyocytes are unstructured and amorphous. “Because of this lack of structure, the cells display non-physiologic morphology,” says Ryan Gordon, Ph.D., V.P. of Quality. Lacking the structure of native tissue, cultured cells lack the physiology, function, structure, and gene expression of tissues they are meant to represent. Another knock on conventional iPSC-derived heart cells is they lack features of mature cells. 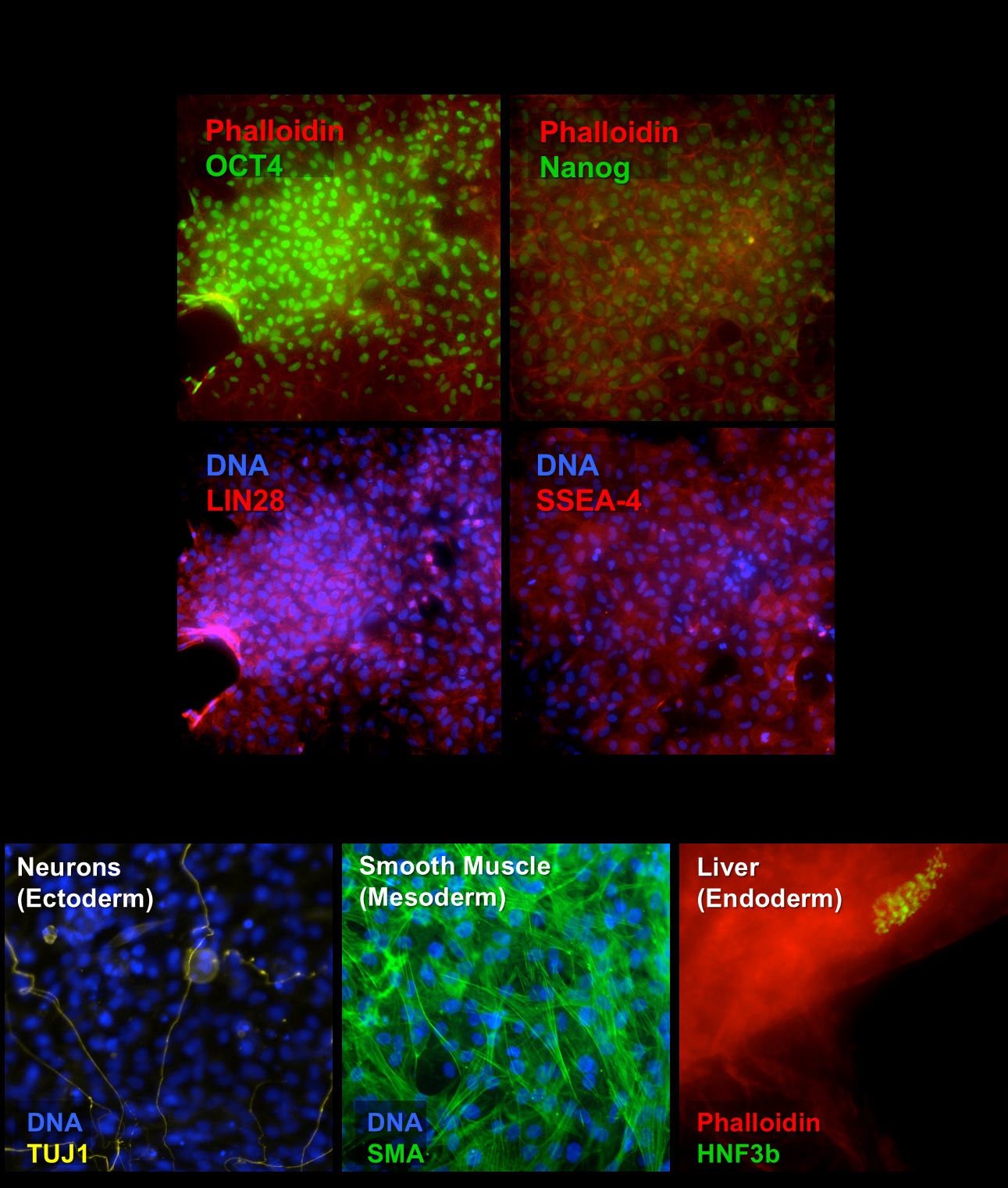 By contrast, in Stemonix’s ready-to-use microHeart assay plates cardiac cells self-align into rod-shaped structures that resemble living heart tissue with features of maturation: enhanced sarcomeric organization, targeting of cardiac cell junction components to distal intercalated discs, and enhanced levels of expression of key cardiac physiology genes.
Gordon explains: “To improve the chance of drug approval, drug discovery and development models must change, from inaccurate animal models to biologically relevant in vitro human models. The discovery of iPS cells ten years ago enables this shift, leading the way to biologically relevant human cell models that offer better prediction of drug toxicity and efficacy. Structure matters,”
Just as high throughput screening technologies and genomics created fundamental shifts in drug discovery, biologically relevant human iPS-derived models represent a foundational shift.
Gordon notes that despite efforts at industrializing human cell culture for drug screening, current technology remains expensive. StemoniX believes it has cracked the code on industrialization of human iPS cells by enabling massive economies of scale that eventually will lead to high-volume, low-cost, readily available human cell assays suitable for early stage high-throughput screening.
Fighting a Leading Killer
Stem cell-derived cardiomyocytes have become indispensable for investigating heart muscle behavior from physiologic and pharmacologic perspectives. Ibrahim Domian, M.D., Assistant Professor at Harvard Medical School (Cambridge, Massachusetts, U.S.A.) uses these cells to study how force generation and contractility of cardiac cells integrates with electrical signaling that controls that activity. Domian’s group have developed platforms for examining multiple physiologic parameters concurrently to determine how disease states, culture conditions, and pharmacologic agents affect force generation and electrical activity.
“We’re interested in pharmacology as it affects cellular phenotypes in vitro,” Domian explains.
Several factors affect how heart cells function and respond to drugs. Cell shape, which is controllable through micropatterning cardiomyocytes as they differentiate from cellular precursors, allowing assembly of two- or three-dimensional structures that more closely mimic living heart tissue. Cell-cell interactions are similarly more life-like with cells cultured in three dimensions.
“Which approach to culturing you take depends on which questions you’re asking, and the kind of throughput you’re looking for, Domian adds.”
Assays based on single cells allow more tests and more replicates than those involving millions of cells, but they often provide less information.
“It depends on the application,” Domian continues. “Where cell-cell interaction is desirable, or when results are affected by number of cells and physiologic relevance, you have to design your system with those factors in mind.”
“Before stem cells were widely available, assays invariably involved animal cells,” Domian explains. “As much as we resemble, say, rodents, we are not identical and our heart cells behave differently. So if you’re interested in human pharmacology and physiology, you must use human cells. Stem cells are the only source of human cardiomyocytes that accurately recapitulate physiology in vitro.”
On the minus side, the abundant assays developed for animal cells do not always work well with human cells derived from iPSCs. “The methodology is not always transferable,” Domian notes.
“The availability of human cells is what drives the whole ship.”
Enter Big Data
The benefit of cell-based assays generally, and biologically-relevant cells and cell systems specifically, is the ability to quantify many simultaneous and sequential effects of a single stimulus, for example an experimental drug on mature liver cells. Since a drug may induce multiple responses (phenotypic, metabolomic, transcriptomic, genomic), the number of discrete experiments contained in even a modestly sized, multi-dimensional, high-throughput sequencing-based screen can easily overwhelm human computational capacity.
Enter computational biology, which untangles “big data” from a variety of angles.
Prof. Gene Yeo, of the University of California, San Diego (California, U.S.A.) studies how RNA transcripts are modified or processed in the presence of disease-related mutations. The method of choice for modeling these disease pathways is to start with iPSCs derived from patients’ fibroblasts that already possess these mutations.
Yeo studies neurodegenerative diseases, so he pushes iPCSs to differentiate into neurons. A critical aspect of this research is using these neurons to identify compounds that reverse aberrant molecular changes in these mutant cells. “We try to identify situations where these compounds cause cells to revert back to a normal molecular signature and cellular phenotype.”
A drug screen on iPSC-derived neurons, for example, generates terabytes of data,” Yeo says. 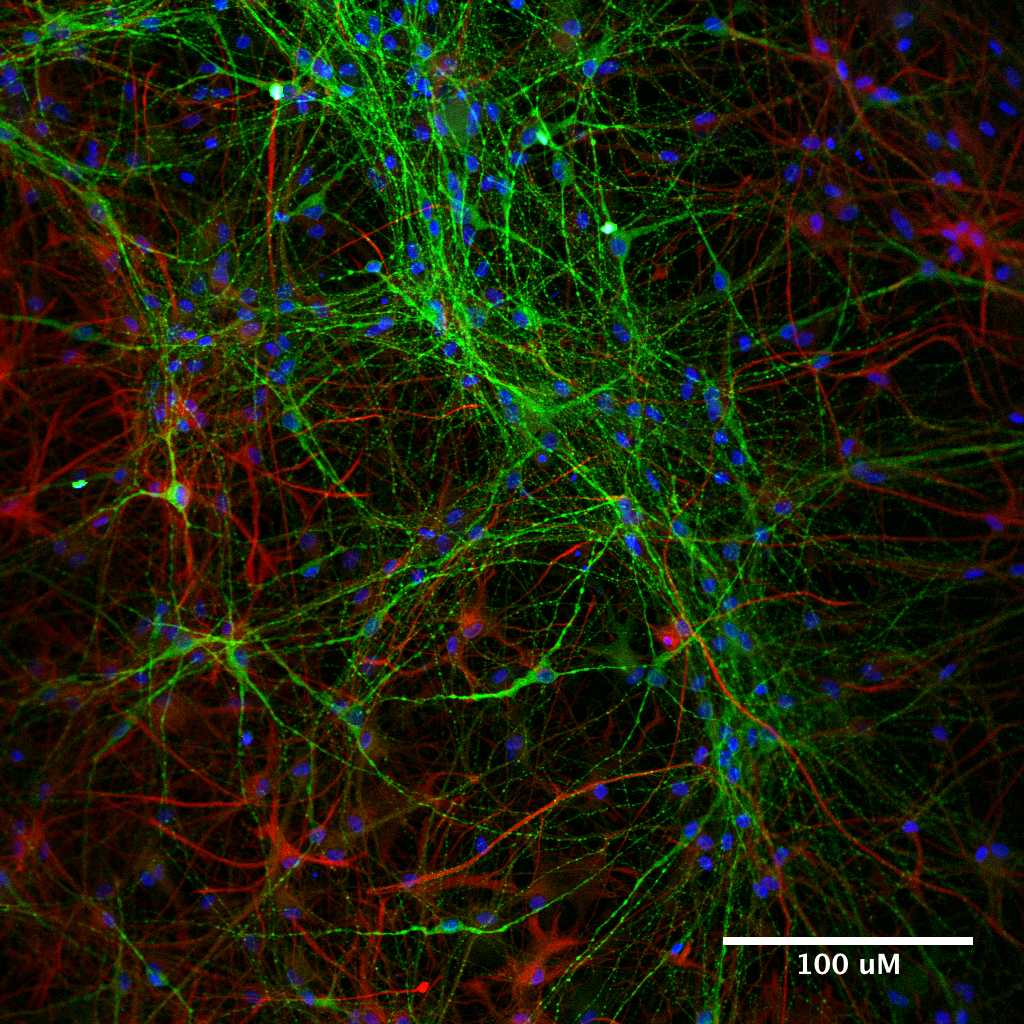 This article’s overarching theme has been streamlining and lowering the costs of preclinical drug testing. Recall clinical trials “in a dish.”
Given their cost, and the difficulty of industrializing iPSC-derived cell assays, how practical is the technology? And is industry interested?
“From the cost and strategic perspective, big pharma prefers to acquire such technology through acquisitions rather than through internal R&D. These small companies they buy often are spinouts from academic labs.” In other words, these resources are ripe for commercialization and viewed as more than just a research curiosity.
“If you build a disease-specific stem cell line, that in itself is a great resource for pharmaceutical screening,” Yeo adds. “Pharmaceutical companies have compounds but not always the best cellular and molecular assays, and that’s where we can partner with them, to provide insights into the relevant systems.”
“New-Old” Discovery
Where stem cell methodology will continue to undergo improvements towards achieving their industrialization is as discovery platforms for new drugs. The implications for new drug discovery and personalized medicine -- an exercise in individualized “treatment discovery” -- have already been realized.
Prof. Nissim Benvenisty, at the Hebrew University of Jerusalem (Israel), notes that physicians could one day select the right drug for the right patient by testing all drugs, say, for high blood pressure, against a patient’s iPSC-derived cells. Instead of prescribing successive agents until one providing the most benefit and fewest side effects, the patient receives the best drug on their first day of treatment.
Another “discovery” application involves drugs already marketed for one condition that shows potential benefit for another disease. In the March, 2016 issue of Nature Reviews Benvenisty writes: “If the tested drug is already approved for another disease by the regulatory agencies, clinical trials may be initiated at a fairly rapid pace. An example of such an approach was recently published for ALS. The researchers discovered that patient iPSC-derived motor neurons displayed hyperexcitability with reduced survival. They showed that this phenotype could be corrected by a potassium channel agonist that is already FDA-approved for epileptic patients.”
Angelo DePalma is a freelance writer living in Newton, New Jersey, USA.
Advertisement
Chosen for you
Application Note