Kate Robinson is the editorial assistant at Technology Networks. She joined the team in 2021 after obtaining a bachelor's degree in biomedical sciences.
Learn about our editorial policies
& Laura Elizabeth Lansdowne

Mission Bio’s Tapestri single-cell sequencing platform has enabled a team of researchers from Duke University to uncover the molecular mechanism underpinning fast-growing cerebral cavernous malformations (CCMs). The team’s findings are published in the journal Nature. The study documents how the platform was harnessed to analyze solid tissue for the first time.

We spoke with Yan Zhang, PhD, CEO of Mission Bio to find out more about single-nuclei DNA analysis using the Tapestri platform.

Laura Lansdowne (LL): What benefit is there to analyzing DNA at single-nuclei level in solid tissue?

Yan Zhang (YZ): This study utilized archived solid flash frozen tissue of human CCMs. Cells were not dissociated into a single-cell suspension before freezing, so it would have been difficult to isolate viable single cells after thawing frozen tissue. Thus, the researchers elected to isolate nuclei from the cells so that DNA mutations could be analyzed in each nucleus. This approach was appropriate as the researchers were only interested in assessing the pattern of co-mutation (at the DNA level) and did not require intact cells.

Kate Robinson (KR): How does the Tapestri platform enable DNA analysis at the single-nuclei level?

YZ: Standard single-cell sequencing strategies demand cell suspensions that consist of thousands of individual cells that are viable and intact. This demand, however, excludes a plethora of clinically valuable and widely accessible sample types from being considered as they often do not meet those input material requirements (e.g., samples banked as frozen tissue sections). Protocols to efficiently isolate individual nuclei from challenging sample types such as frozen tissue sections and methods to profile them on a nuclei-to-nuclei level are therefore essential. Mission Bio has developed a nuclei extraction protocol to isolate nuclei from frozen tissues or cells. Tapestri may also be amenable to single-nuclei extraction protocols developed by other research labs, as was the case with the Ren et al. Nature study. 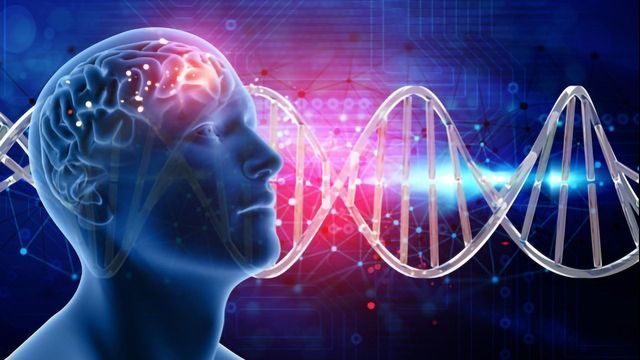 END_OF_DOCUMENT_TOKEN_TO_BE_REPLACED

KR: Can you elaborate on your two-step microfluidic workflow?

YZ: Tapestri has a proprietary two-step microfluidic workflow to analyze DNA in individual cells. In step one, single cells are encapsulated in oil droplets and are lysed to release genomic DNA. Then in step two, DNA targets of each cell are amplified and tagged with a cell-specific barcode. Libraries are then sequenced by NGS, and cell-specific mutational profiles are reconstructed using Tapestri software This process maximizes DNA capture efficiency and minimizes allele dropout so that you can visualize mutations and rare subclones. A similar workflow is used for multi-omics analyses, where the genotype and immunophenotype are both measured from individual cells.

KR: What future avenues of research do you envision the platform being used in?

YZ: The Tapestri Platform is currently being used in translational research to investigate the clonal evolution and heterogeneity of cancer at the single-cell level. The platform is also being used by the Pharma sector to better identify minimal/measurable residual disease and assess mechanisms of resistance to anti-cancer drugs. In the coming years, we envision clinics leveraging Tapestri to assess patient samples to inform personalized treatment strategies.

As illustrated in the Nature study, Tapestri is also being used to investigate the mutational profiles of other non-cancer clonal diseases, like CCMs.

Another avenue for the use of the Tapestri Platform is for the characterization of cell and gene therapies. With the power of single-cell multi-modal analysis, Tapestri can accelerate these therapies through the development pipeline and bring them to patients faster.

YZ: Single-nuclei sequencing was conducted on the Tapestri Platform in order to assess whether mutations associated with CCMs co-occurred within the same cells or were in separate cells. They concluded that some cells contained all three mutations (a loss-of-function mutation in both alleles of a CCM gene and a gain-of-function mutation in PIK3CA). This single-nuclei analysis contributed to knowledge about the pathogenesis of CCMs. Because the mutations co-occur in the same cells, the researchers suspect they are synergizing to drive the CCM malformations – that is, all three mutations need to be present in the same endothelial cells in order for the disease to progress.

Is Your API Ready for GMP Scale Up?