Drugging the Microbiome To Treat Obesity

The terms "overweight" and "obese" are used to describe a person's body weight that is considered to be above what is deemed "healthy". The World Health Organization (WHO) estimates that more than 2.8 million people die each year due to being overweight or obese. Whilst an "energy imbalance between calories consumed and calories expended" is recognized as the fundamental cause of obesity, there is growing evidence suggesting that a person's microbiome plays a key role.

Laura Lansdowne (LL): According to WHO, worldwide obesity has almost tripled since 1975. What are some of the health consequences of becoming overweight or obese?

Paul-Peter Tak (PPT): Obesity is the major driver of metabolic diseases including Type 2 diabetes, non-alcoholic steatohepatitis (NASH), and cardiovascular disease. It is also responsible for an estimated 40% of cancers, and is a significant contributor to immune-mediated inflammatory disease, and osteoarthritis.

LL: There is mounting evidence demonstrating a link between obesity and the microbiome. What are your thoughts on obesity having a microbial component?

PPT: There is growing evidence linking obesity with the microbiome. Obesity is primarily caused by an excess food intake. Over time, this imbalance causes changes to the microbiome in the gut, leading to a negative impact on hormones and metabolites involved in multiple biological pathways, including nerves, particularly the vagus nerve, as well as the immune system. As the microbiome is essential for the conversion of food to energy, changes to its composition and diversity caused by over nutrition have been associated with a resetting of the homeostatic mechanisms that promotes the obesity. 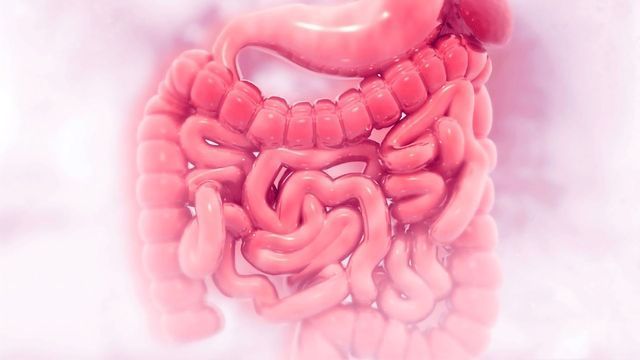 Therapeutically Targeting the Interconnected Biology of the Gut

END_OF_DOCUMENT_TOKEN_TO_BE_REPLACED

The critical role of the gut microbiome in obesity is illustrated by a study that has shown that fecal microbiota transplants from genetically predisposed or diet-induced obese animals to lean animals cause significant weight gain.

At Kintai, we evaluate the entire enteric signaling network, which goes beyond a microbial evaluation to also elucidate the richness and regio-specificity of genes, enzymes and metabolites – in addition to microbes – within the human body. The company has discovered over 44,000 new genes, hundreds of new metabolites, and regio-specific enzyme signatures in the gut. Through these discoveries, Kintai has created a precision enteric medicine (PEMTM) inspired by natural pathways that has been shown to be effective in models of obesity known to be predictive of the effects in humans.

LL: What mechanistic actions can be leveraged to modulate disease?

PPT: The enteric nervous system in the gut contains more than 500 million neurons, 80% of our immune cells are found in the gut, and 95% of the microbiome resides in the gut – and these systems are interconnected. This enteric signaling network is a command center that’s critical to maintain health and fight disease across different disease areas, such as neurologic, immunologic, metabolic and oncologic diseases.Following an extensive and proprietary mapping of the enteric signaling network and its interconnectivity throughout the body using the most cutting-edge technologies in chemistry, human biology, immunology, microbiology and artificial intelligence, Kintai has generated data on thousands of genes, metabolites, and signaling molecules that inspired the discovery of a variety of new medicines.

Depending on the disease indication, we are developing PEMTM compounds, a new class of oral small molecule therapeutics, with a diverse array of therapeutic mechanisms to:

LL: Could you tell us about the anti-obesity agent you are currently developing?

PPT: KTX-0200 is being developed by Kintai for the treatment of obesity. Data on the compound we recently referenced showed that KTX-0200 led to sustained weight loss of 14% in chronic diet-induced obesity rodent models known to be predictive of clinical efficacy across anti-obesity drug mechanisms. In addition, administration of KTX-0200 led to improved glucose tolerance (12% improvement in oral glucose clearance based on an oral glucose tolerance test) and increased insulin sensitivity (14.5% improvement in glucose clearance in an insulin tolerance test). This suggests KTX-0200 also has potential in diabetes and pre-diabetes patients. Significant improvements in liver health were observed across multiple animal models, including the Gubra NASH model where treatment with KTX-0200 resulted in a 30% reduction of liver fat, a 19% decrease in total liver weight, and a 38% decrease in liver transaminases known to be an indicator of liver damage.

Although we are not yet disclosing the precise mechanism involved, KTX-0200 has dual actions regulating carbohydrate absorption while increasing the colonic exposure of key microbial metabolites that act on human cells directly. It is not involved in killing or delivering bacteria within the gut. Preliminary data suggest that KTX-0200 may also promote the induction of regulatory T cells, which is important as obesity is associated with inflammation.

LL: Based on the recent positive preclinical data for KTX-0200 could you tell us about next steps – what further development and testing will be performed?

PPT: Kintai is prioritizing and accelerating its obesity program based on these promising preclinical model data. We are continuing further mechanistic studies in collaboration with world renowned experts. We have initiated investigational new drug (IND)-enabling activitiesfor KTX-0200 and expect to be in the clinic in the first half of 2021.

Discover How To Choose the Best Managed Services for Your Lab