Laura Lansdowne is the managing editor at Technology Networks, she holds a first-class honors degree in biology. Before her move into scientific editing, Laura worked at the Wellcome Sanger Institute and GW Pharma.
Learn about our editorial policies
The StemoniX microHeart platform enables alignment of iPSC-derived cardiomyocytes to mimic the morphology and structure of heart cells, enabling improved assay outcomes for cardiac safety and efficacy drug studies. Credit: StemoniX

Complete the form below and we will email you a PDF version of "MicroTissue: Transforming Drug Discovery"

Following their recent press release, we spoke to Ping Yeh, CEO of StemoniX, to learn more about the company and their mission.  With an aim to accelerate and optimize drug discovery and development, StemoniX creates ‘ready-to-use’ microtissue plates that mimic the native organ tissue.

Following a life changing experience, Yeh assembled a team of biological scientists and nanotechnology professionals that were able to develop innovative drug testing methods. This formation originated around the time induced pluripotent stem (iPS) cell technology was beginning to take center stage. StemoniX was founded in 2014 and became fully operational in 2015.

“We have applied semiconductor processing and analysis knowledge to biology, which has led to our accelerated growth. Of course, it is challenging bringing two different industries together. We are young company — yet we are a very experienced team.” said Ping Yeh, CEO, StemoniX.

In 2012 Yeh was diagnosed with Hodgkin’s lymphoma. After being told he was resistant to chemotherapy, he was offered an alternative treatment, however there was no way of measuring the potential cardiotoxicity of the drug prior to administration: “… it was very possible that I could have survived cancer but the treatment itself could have killed me or I could have been significantly injured by the treatment.”

He combined his personal experiences and knowledge of nanotechnology to fuel the creation of StemoniX. Yeh explained that his StemoniX cofounder, whom he met 18 years ago, is a prolific inventor. They worked together to construct a business model centered around their new human cell printing patented technology, enabling them “to address an unmet industry need”, and StemoniX was born. 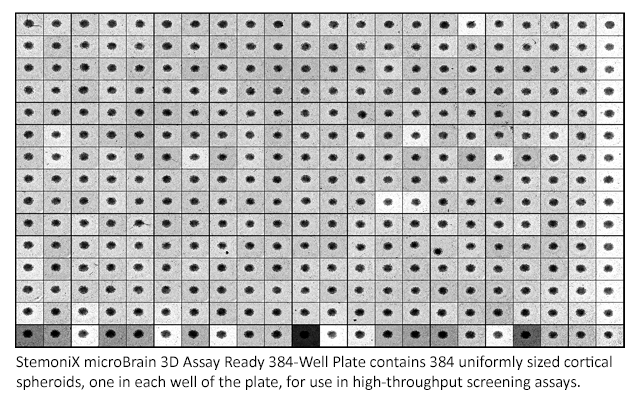 StemoniX have been the recipient of numerous awards over the past year. Yeh commented: “We are honored to receive these awards. I think it is really nice for the team, who all work extremely hard. But, it’s not about that kind of recognition. We are very driven - our motivation is focused towards what we can discover, and the potential benefit to patients.” He continued:

“As CEO I was a patient and many of us have family members that have been ill or have passed due to disease, and so we are all very much touched in a personal manner.”

Since introducing themselves to the world, StemoniX has garnered growing interest from the pharmaceutical industry. Yeh believes that this interest is a result of two things; the company’s ability to provide a highly screenable, high-throughput platform, and the reliability of their micro-organ models. “Seeing the value in scalability and consistency has opened people’s eyes to what is now possible.”

StemoniX have transformed iPSC-derived cells into physiologically relevant microtissues, enabling them to produce model systems to discover new drugs and to measure neurotoxicity and cardiotoxicity. “We are taking a front seat to biology, a front seat to development and a front seat to why certain therapeutics work and don’t work. This is an extremely powerful model that we have come across” said Yeh.

In 2017, StemoniX announced a new partnership with Pairnomix. Their goal is to create an in vitro ‘seizure-in-a-dish’' model system, using a combination of StemoniX’s microBrain technology and Pairnomix’ expertise in the personalized identification of rare genetic mutations. Yeh commented on their progress so far: “It is an onwards and upwards relationship. We have just completed a three-digit compound screen that has demonstrated our model can be used as a high-throughput screenable assay for epilepsy drug discovery.” 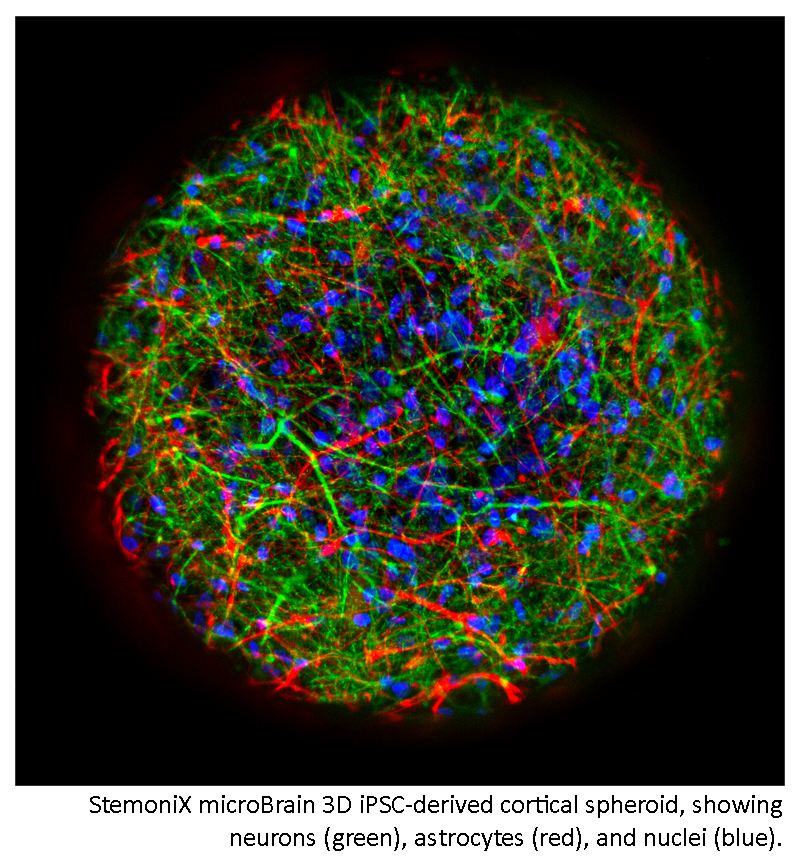 The epilepsy model will mimic native human brain tissue, providing researchers with a high-throughput platform which can be used to test the efficacy of different anti-seizure medications.

Yeh commented on the model: “We are able to measure a drug’s impact on the functionality of neural spheroids. When you compare the synaptic bursts of a ‘control’ or ‘healthy’ spheroid, which is a very beautiful frequency, to that of a seizuring spheroid, it is jaw dropping,”

Speaking about their cardio system and research, he added: “recently we performed a study where we analyzed the effects of several compounds, specifically looking at cardiotoxicity and drug interactions for individuals with QT elongation.”

“We have a more sensitive model, a model that organizes heart cells into physiologically relevant structures, when compared to the status quo of standard cultureware.” Yeh emphasized the importance of structure: “It’s all about connection and organization.”

“If there was a car in front of you, and the wheels were on the roof and the steering wheel was connected to the trunk, and the engine was disconnected from the transmission, is that still a car? Until StemoniX, the world would have said … yes that’s a car, it has all of the components.”

In Yeh’s opinion, their industry is facing a new opportunity — regenerative technology, the ability to ‘recreate an individual’, giving you the ability to investigate a patient’s ‘personalized’ response to a drug without having to administer it to them directly.

He touched on the use of artificial intelligence (AI), cloud computing and wearable technologies to gain insight into patient data through the generation of virtually-modeled “twins”: “There is much discussion about leveraging AI and big data technologies to create the digital twin — the digital version of yourself. I think the challenge with this approach is that we are all still in the experimental stages”

Yeh provided examples of how their models could be used to complement insights gained from an individual’s genomic data and emphasized the importance of validation: “There is an abundance of data and new capability to analyze the genome, but validation is required. This could be performed by taking an individual and making them 1000 times to allow you to test every combinatorial therapeutic possibility to determine the best course of action.”

The models could also be used to analyze the effect of a drug across a disease spectrum: “Taking the next step beyond an individual that represents disease, and focusing on how a population represents disease will help us determine how we can design therapeutics to work for more people — how we can address efficacy.”

“What we are trying to do is enable these therapeutics to work better for a wider group of patients and identify those compounds that are less toxic to specific groups.”