Alzheimer's disease (AD) is a neurodegenerative disease that affects the central nervous system, and is the cause of approximately 60–80% of dementia cases. Treatments currently approved for AD are designed to relieve symptoms, and do not address the underlying causes of the disease. AC Immune aims to confront the lack of disease-modifying treatments "head-on" by developing a series of compounds that are designed to target tau aggregation (a major hallmark of AD).

To learn more about these compounds, and more specifically "ACI-3024" we recently spoke with Prof. Andrea Pfeifer, the company's Chief Executive Officer.

Laura Lansdowne (LL): What do we know about tau’s role in Alzheimer’s disease? What are “tauopathies”?

Andrea Pfeifer (AP): It is becoming increasingly clear that Alzheimer’s disease (AD) develops because of a complex series of events that take place in the brain over a long period of time. Two proteins – tau and amyloid-beta (Abeta) – are recognized as major hallmarks of AD. Pathological forms of tau aggregate inside neurons to form neurofibrillary tangles and appear to propagate by cell-to-cell spread between neurons – known as tauopathies.

Tau protein is mostly present in neurons and functions as a component of the cytoskeleton inside the cells. Misfolded tau protein aggregates in AD and other tau-related neurodegenerative diseases (e.g. progressive supranuclear palsy, frontotemporal dementia and others). The progression of tau pathology throughout the brain is closely associated with the onset and progression of cognitive decline, underscoring the importance of tau-targeted therapies. This is why AC Immune has one of the largest tau pipelines in the industry, including targeted antibodies, vaccines and small molecules.

The two platforms at the origin of our product pipeline are the SupraAntigen™ for biologicals and the Morphomer™ for small molecules. Both generate molecules which can conformation-specifically bind to misfolded proteins, the basis of numerous neurodegenerative diseases. 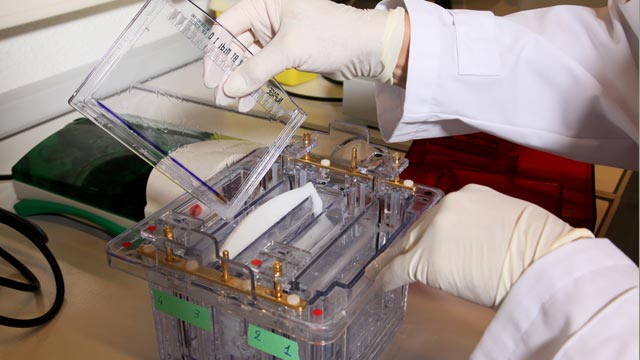 Our tau programs target both intracellular seeds and extracellular spreading by either therapy with Morphomers™ or Immunotherapy, which could enable the full control of the tau pathology progression. Added to this, our highly selective tau imaging diagnostic enables more precise patient characterization and potentially more precise prediction of AD progression.

LL: Could you tell us about the series of low molecular weight compounds you designed that target tau aggregation?

AP: The low molecular weight compounds that target tau aggregation are issued from our Morphomers™ platform. Morphomers™, are conformation-specific, non peptidic, small molecules designed to specifically recognize pathological misfolded and beta-sheet-rich aggregated forms of protein (tau in this case). Morphomers™ show drug like properties including brain penetration and can enter cells to access intracellular deposits of aggregated proteins. Approximately 1,000 Morphomers™ were screened for the tau program. This approach has enabled the identification of several chemical series of orally bioavailable small molecules with CNS properties which can specifically and potently bind to pathological tau to prevent misfolding and promote disaggregation. Through a medicinal chemistry program, the identified molecules have been further optimized, leading to the identification of the clinical candidate ACI-3024. The optimization used multiple orthogonal in vitro, ex vivo and in vivo assays addressing pharmacology, drug metabolism and pharmacokinetics (DMPK), and safety.

LL: Could you tell us about how ACI-3024 interacts with tau, and touch on the preclinical data you presented at AAIC?

At AAIC, we presented preclinical data showing the potential of ACI-3024 to interfere with and even reverse tau aggregation, displaying efficacy in vivo in an aggressive tauopathy model and demonstrating a favorable pharmacokinetic and safety profile.

LL: Are you able to elaborate on next steps in relation to the clinical development of ACI-3024?

AP: ACI-3024 is the primary focus of a license and collaboration agreement between AC Immune and Eli Lilly to research and develop small molecule tau aggregation inhibitors for the treatment of AD and other neurodegenerative diseases. The collaboration combines AC Immune’s proprietary Morphomer™ discovery platform and early development experience with Lilly’s established clinical development expertise and commercial capabilities in central nervous system disorders. 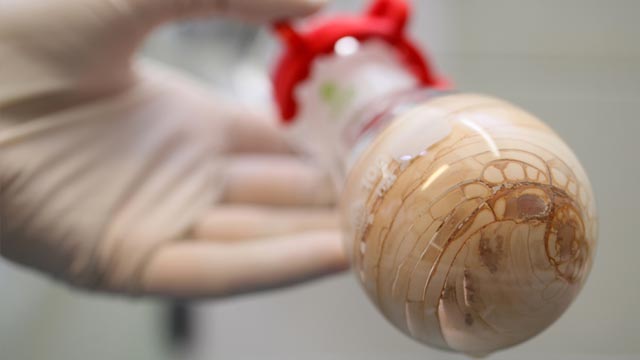 We have just initiated the Phase 1 study with ACI-3024, which is a randomized, placebo controlled, double blind, sequential single and multiple ascending dose study with open label food effect and pharmacodynamics assessment arms to assess the safety, tolerability, pharmacokinetics, and pharmacodynamics of ACI-3024 in healthy volunteers.