Alzheimer’s disease (AD) is a neurodegenerative condition. There are currently no FDA-approved disease‐modifying therapies for AD, despite it being the most common cause of dementia. AD is caused by progressive death of neuronal cells. Hyperphosphorylation of the protein “tau” can cause misfolding and aggregates that result in synaptic impairment, and eventually the neuronal death observed in AD patients.

The ability of dual‐specificity tyrosine phosphorylation‐regulated kinase‐1A (DYRK1A) to directly and indirectly regulate phosphorylation of tau, makes it an attractive therapeutic target for Alzheimer’s disease.

We recently spoke with Samumed’s CEO Osman Kibar, to learn more about the development of their small-molecule DYRK1A kinase inhibitor “SM07883”.

Laura Lansdowne (LL): What is Tau and what do we know about its role in Alzheimer’s disease?

Osman Kibar (OK): Tau pathology is a molecular hallmark of Alzheimer’s disease (AD). Tau is a multifunctional protein which under normal conditions contributes to healthy neuronal function. However, under certain conditions, an imbalance of enzymes in the brain could hyperphosphorylate tau leading to misfolding, aggregates, and ultimately neurofibrillary tangles (tau pathology). Both misfolded tau and tangles can lead to synaptic impairment and eventually neuronal death. While neurofibrillary tangles were first described in AD brains over a hundred years ago, it was only in the 1980s that researchers started to understand that neurofibrillary tangles were comprised of misfolded tau proteins. Interest from pharmaceutical companies in preventing the pathological build-up of tau has only very recently gained focus as potential therapeutic intervention for AD. Significantly, the build-up of tau pathology in AD is highly correlated with brain shrinkage and observed cognitive decline. This differs from amyloid-beta where amyloid plaque formation (another hallmark of AD) does not directly correlate with cognitive decline.

OK: Dual‐specificity tyrosine phosphorylation‐regulated kinase‐1A (DYRK1A) represents a promising novel target for an AD drug candidate because it can directly and indirectly regulate phosphorylation of tau. Postmortem analysis of AD brains has shown an overexpression of DYRK1A, and mouse studies have shown that DYRK1A overexpression leads to increased phosphorylated tau. Importantly, DYRK1A-induced tau hyperphosphorylation has been shown to disrupt normal tau function and to promote its aggregation.

LL: You recently published a paper on the therapeutic potential of SM07883 as a treatment for AD. Could you tell us more about this small molecule drug? What is its mechanism of action?

OK: SM07883 is a small-molecule DYRK1A kinase inhibitor. It is orally-administered and has the ability to cross the blood brain barrier based on animal studies. By potently and specifically inhibiting DYRK1A, the primary mechanism of action is to prevent tau phosphorylation. It has also demonstrated strong anti-inflammatory effects. It is hypothesized that chronic inflammation in the brain also contributes to AD progression. Lastly, while it was not included in our recently published paper, we have presented data previously that SM07883 inhibits the phosphorylation of amyloid precursor protein (APP). Phosphorylated APP leads to the formation of beta-amyloid deposits. We hope to publish this data in a future peer-reviewed paper. Taken together, SM07883’s beneficial effects on tau, amyloid, and inflammation address multiple aspects of AD pathology.

LL: Could you highlight the key findings from the study?

LL: Could you touch on the implications of this research, and next steps?

OK: Samumed is currently running a Phase 1 clinical trial to develop SM07833 as a potential treatment for AD. There are no FDA-approved disease‐modifying therapies for AD, and despite continued attempts and dozens of clinical trials, the FDA has not approved any new treatment for AD in over 15 years. DYRK1A has been shown to regulate multiple pathways (tau, amyloid, and inflammation) that are hypothesized to contribute to multiple stages of AD pathogenesis. Inhibition of DYRK1A with SM07883 may reduce these factors and the pathogenesis of AD. 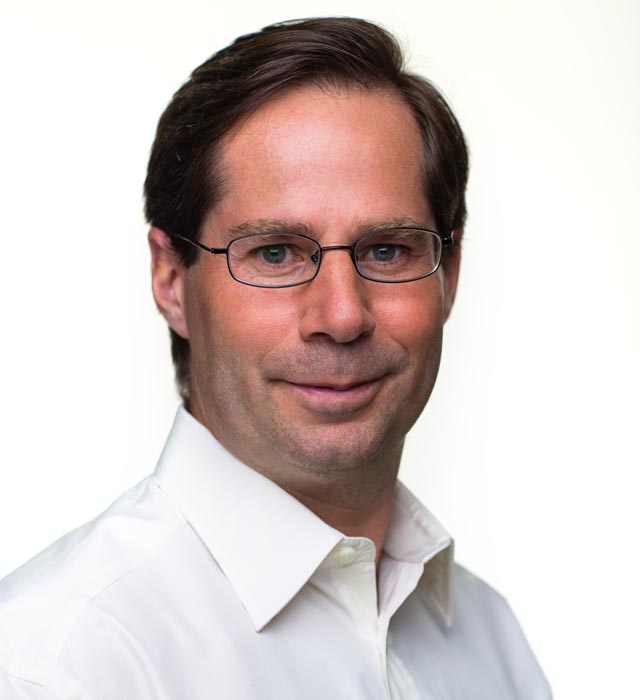