Sixteen million dollars has been awarded to the Wyss Institute at Harvard University, by the United States’ Defense Advanced Research Projects Agency (DARPA), to aid the rapid search for FDA-approved drugs that hold promise as treatments for COVID-19, the disease caused by the novel coronavirus SARS-CoV-2.

“The Wyss institute is working with world-class collaborators to identify, test and validate FDA-approved drugs that could be used to prevent or treat COVID-19,” – Ken Carlson, Ph.D., Lead Senior Staff Scientist, Wyss Institute.

A drug testing pipeline has been established that harnesses the expertise of three labs – the Wyss Institute at Harvard University, the tenOever Lab at the Icahn School of Medicine at Mount Sinai, and the Frieman Lab at the University of Maryland School of Medicine. Research teams with a multitude of skills including machine learning, tissue engineering, and infectious disease have come together in efforts to identify drugs that have already made it through the drug development process and have already received regulatory approval for other indications. 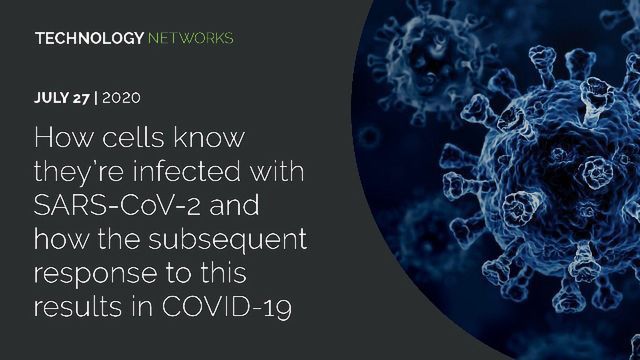 END_OF_DOCUMENT_TOKEN_TO_BE_REPLACED

Ingber says that they have identified multiple drugs that inhibit SARS-CoV-2 infection of cultured cells. However, he advises that only a subset of these drugs – when used at a clinically relevant dose – also inhibit infection by an engineered virus that expresses the SARS-CoV-2 Spike protein (the protein the enables viral entry).

The most promising drug candidates are then transferred to the tenOever lab to confirm their activity before moving to clinical testing.

“My group is responsible for testing all of the down-selected drugs in animal models of SARS-CoV-2 under Biosafety Level 3 conditions. For these purposes we use two hosts which are naturally susceptible to the virus including both ferrets and hamsters,” explains Benjamin tenOever, Ph.D.

“The greatest advantage is speed,” explains Ingber, Founding Director of the Wyss Institute.

These drugs have already been deemed safe by regulatory agencies and have been validated in clinical use. Ingber continues: “Their dosing and formulations have been worked out and human clinical validation studies can be initiated immediately, once we provide evidence for efficacy in preclinical models.”

Repurposing has the potential to significantly reduce timelines, compared to standard drug development, where it can take several years to demonstrate efficacy and safety in a variety of preclinical in vitro and in vivo studies – and that’s just one of the earliest stages of drug development. Once you have gathered enough preclinical data, you must then submit an investigational new drug (IND) application to the US Food and Drug Administration, for permission to move into the clinical stages of development.

“By using FDA-approved drugs we already know how the compound is metabolized in the human body and at what concentrations it is safe to use.” – Benjamin tenOever, Ph.D., the Icahn School of Medicine at Mount Sinai.

“This then means that should we find a compound that prevents infection or lowers viral burden it could be immediately deployed for human use without the lengthy process of filing for IND and performing clinical trials.”

When repurposing drugs, what do we need to consider?

But, how careful do we need to be when considering existing safety data for these drugs? Data that were obtained in previous studies, for different indications, in a different trial population…

“This is a very good question and something that would need to be considered in more detail once a given compound has been identified,” says tenOever.

Typically, clinical trials include participants between the ages of 18–65 years. However, the study should also be designed in a way that reflects the population that will be treated in the real world. Given that the elderly are at the highest risk from COVID-19, perhaps this would need to be considered.

“If there are populations that a drug was not approved for, then additional clinical studies would be required to validate safety and efficacy in those populations. Also, if the drug is to be tested as a therapeutic (i.e., in patients already infected with SARS-CoV-2), then clinical studies will need to be carried out to be sure that this infection does not produce unexpected toxicities using these otherwise safe drugs, in addition to validating efficacy,” explains Ingber.

Multiple computational pipelines are being used at the Wyss Institute to identify existing FDA-approved drugs that show potential activity against the SARS-CoV-2 virus that causes COVID-19. These drugs are then tested in the Frieman, Ingber, and tenOever labs in a variety of model systems to validate them. Credit: Wyss Institute at Harvard University.

For a closer look at the specific approaches being deployed to rapidly evaluate existing drugs for potential activity against COVID-19 click here.