Complete the form below and we will email you a PDF version of "Antidepressant Psychedelics Could Be Separated From Hallucinations, Suggest Crystal Structure Researchers"

Are hallucinations essential to psychedelic medicine?

Psychedelic drugs are being increasingly analyzed for their potential to benefit patients with psychiatric and neurological conditions. One long-recognized complication of taking psychedelic drugs for mental health conditions is the tendency of these compounds to induce hallucinations. 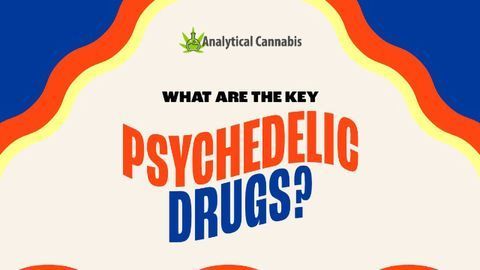 END_OF_DOCUMENT_TOKEN_TO_BE_REPLACED

These experiences can be distressing and often last hours, making it harder to design psychedelic interventions that users could take outside a supervised clinical context. The strength of these hallucinations may also potentially dissuade some users from considering psychedelics as a therapeutic option.

Research still knows very little about psychedelic hallucinations. Why do they happen? Why do they differ between compounds? Are they essential to the beneficial effects of psychedelics?

A preclinical study in mice has illuminated some of the confusion around hallucinations by revealing the molecular interactions that psychedelics induce. The findings, published in Science by a team of Chinese researchers, suggest that molecules that target the same receptor as psychedelics like psilocin (the active ingredient in psilocybin) and LSD can exert antidepressant effects without corresponding hallucinations.

Most psychedelic compounds exert their effects on the brain through one type of receptor, the human serotonin 2A receptor (5-HT2AR). Using a technique called X-ray crystallography, the team, led by senior author Sheng Wang of the Chinese Academy of Sciences, were able to capture the exact conformation of the complexes formed by psilocin and LSD when they respectively bind to the 5-HT2AR.

They then showed that both molecules had a second potential binding position, locking into a narrow cleft in the 5-HT2AR called the extended binding pocket (EBP). Based on these findings, the team then went to work on creating their own compounds that could bind to 5-HT2AR by targeting the EBP. These novel structures were customized versions of the 5-HT2AR-binding antipsychotic lumateperone.

To test explore how these different modes of binding might affect the function, the researchers dosed mice with LSD and their series of analog compounds. To their surprise, two compounds, the catchily named IHCH-7079 and IHCH-7086, failed to produce a reaction in mice called the head-twitch response.

What is the head-twitch response?

While even the most talented rodent biologist cannot ask a mouse whether it is having a cheese-based psychedelic voyage, the head-twitch response is thought to be a physiological sign that a mouse is undergoing a hallucinatory experience, a finding borne out by decades of experimentation with difference psychedelic compounds.

Despite their seemingly non-hallucinatory action, the compounds, like LSD, reduced depressive-like behaviors in mice, suggesting the two processes may be separable. “These findings provide a solid foundation for the structure-based design of safe and effective non-hallucinogenic, rapid-acting antidepressants,” said the authors in an email to Technology Networks.

While these initial findings might eventually make for more flexible and effective psychedelic medicines, the authors were necessarily cautious about their study, which remains at an extremely early stage. “It should be pointed out that the compounds reported in this work are not approved drugs, and further preclinical and clinical studies are needed to verify their safety and antidepressant effects in humans,” concluded the researchers.