Surgery, associated with cardiovascular diseases, such as ischemia, often require the implantation of vascular grafts - artificial blood vessels, aimed at restoring the blood flow in a problematic part of the circulatory system. A serious disadvantage of vascular grafts is their tendency to get blocked due to clot formation, which results in compulsory and lifelong intake of anticoagulants among patients and sometimes may even require an additional surgical intervention.

In the study, a research team led by Vladimir Vinogradov, head of the International Laboratory of Solution Chemistry of Advanced Materials and Technologies at ITMO University proposed a solution to the problem. The team managed to synthesize a thin film made of densely packed aluminum oxide nanorods blended with molecules of a thrombolytic enzyme (urokinase-type plasminogen activator). Adhered to the inner surface of a vascular graft, the film causes the parietal area of the graft to get filled with a stable concentration of a substance, called plasmin, which is capable of dissolving the appearing clots. 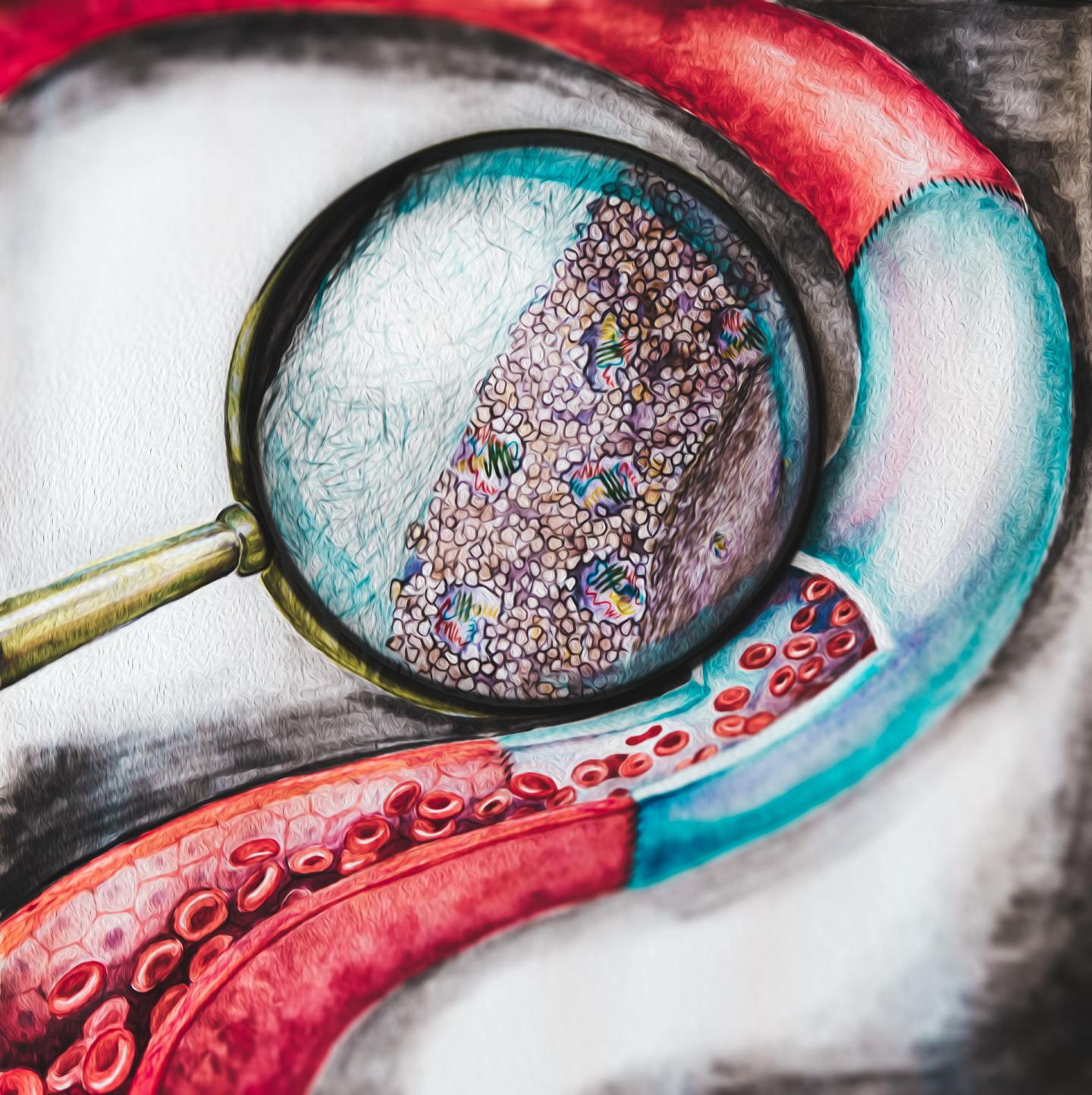 Yulia Chapurina, laboratory researcher and first author of the paper, set up several in vitro experiments that helped demonstrate just how effective the film is:

"In order to test how our improved vascular graft worked, we grew an artificial clot made of blood plasma mixed with thrombin and placed it inside the graft. The results of the experiment amazed us. Very soon the clot started to dissolve and leak through the graft. In reality, our coating would destroy clots at the stage of formation, constantly ensuring an unobstructed blood flow in the graft."

Latest-generation vascular grafts rely on drug-eluting technology, that is, they actively release medicine into the blood. The lifetime of such grafts is often determined by the amount of drug stored within the graft, which, in essence, means that they merely postpone the formation of clots. The system, developed by the researchers, is based on the entrapment of the drug inside a porous protective shell, which makes the lifetime of such a graft practically unlimited.

"Our approach is concept-based and can be applied not only to artificial blood vessels, but to any kind of implants. You just need to take the right kind of drug. For example, after the implantation of an artificial ureter, urease crystals often start to grow inside and doctors do not know how to deal with this problem. It is possible to apply a similar drug-containing coating that dissolves urease. The same approach may be used for kidney or liver surgery, but these are plans for the future," concludes Vladimir Vinogradov.