University of Queensland researchers led a study on proton pump inhibitors (PPIs) which are used to treat conditions such as indigestion, stomach ulcers and gastroesophageal reflux.

Professor Susan Tett from the School of Pharmacy – one of three UQ schools involved in the study – said the results had particular relevance for Australia’s older female population.

“Use of PPIs in women aged 77 and over was associated with increased risk of poor bone health,” Professor Tett said.

“Our study showed the most commonly prescribed PPI, esomeprazole, was associated with increased use of osteoporosis medication and fractures, as was rabeprazole. 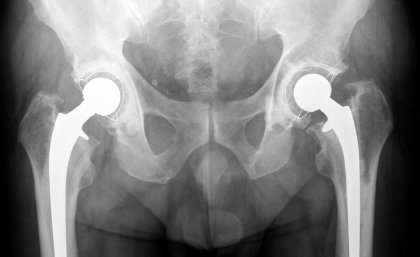 “These are among the most prescribed medications worldwide, however there is growing concern regarding potential negative effects.

“These findings foreshadow the need for more caution than the current widespread-prescription approach to PPIs.”

The study included data from 4432 Australian participants, cross-referenced with medication information from a national pharmaceutical administrative database and fracture statistics from hospitals.

UQ’s School of Public Health and School of Human Movement and Nutrition Sciences representatives Dr Geeske Peeters, Professor Annette Dobson and Marielle van der Hoorn were co-authors of the study, which involved collaboration with resarchers from VU University in Amsterdam.

Professor Tett said the problem could be having widespread impact on people’s heath.

“Given the high morbidity and mortality associated with osteoporotic fractures, PPI use could be having a notable effect on population health and health-related costs,” Professor Tett said.

“PPI treatment is often continued without consideration for safeguards or tests to confirm it is still a suitable treatment.”

“Therefore we should be considering treatment-on-demand and step-down therapy more often.”

In Australia, PPI prescription tripled between the years 2001 and 2005, and in 2014 there were 6.9 million prescriptions of the drug group nationwide.

Further investigation is needed to establish if the results of the study also apply to men and populations of other age groups.