Could Peroxisomes be Key to Stopping West Nile and Dengue viruses?

Could Peroxisomes be Key to Stopping West Nile and Dengue viruses?

Complete the form below and we will email you a PDF version of "Could Peroxisomes be Key to Stopping West Nile and Dengue viruses?"

A new discovery from the University of Alberta's Faculty of Medicine & Dentistry could open the door to one day treat or prevent diseases caused by West Nile virus and Dengue virus infections.

The research examines a previously unknown connection between flaviviruses--a classification of viruses that include West Nile virus, Dengue virus and tick-borne encephalitis virus--and organelles (a specialized subunit within a cell) known as peroxisomes that help coordinate the body's immune responses. Postdoctoral fellow Jaehwan You and PhD student Shangmei Hou, the lead authors on the study, found that flaviviruses induce degradation of a protein called Pex19, which is essential for the building of new peroxisomes, setting off a chain reaction that could leave the body more vulnerable to viral infection. 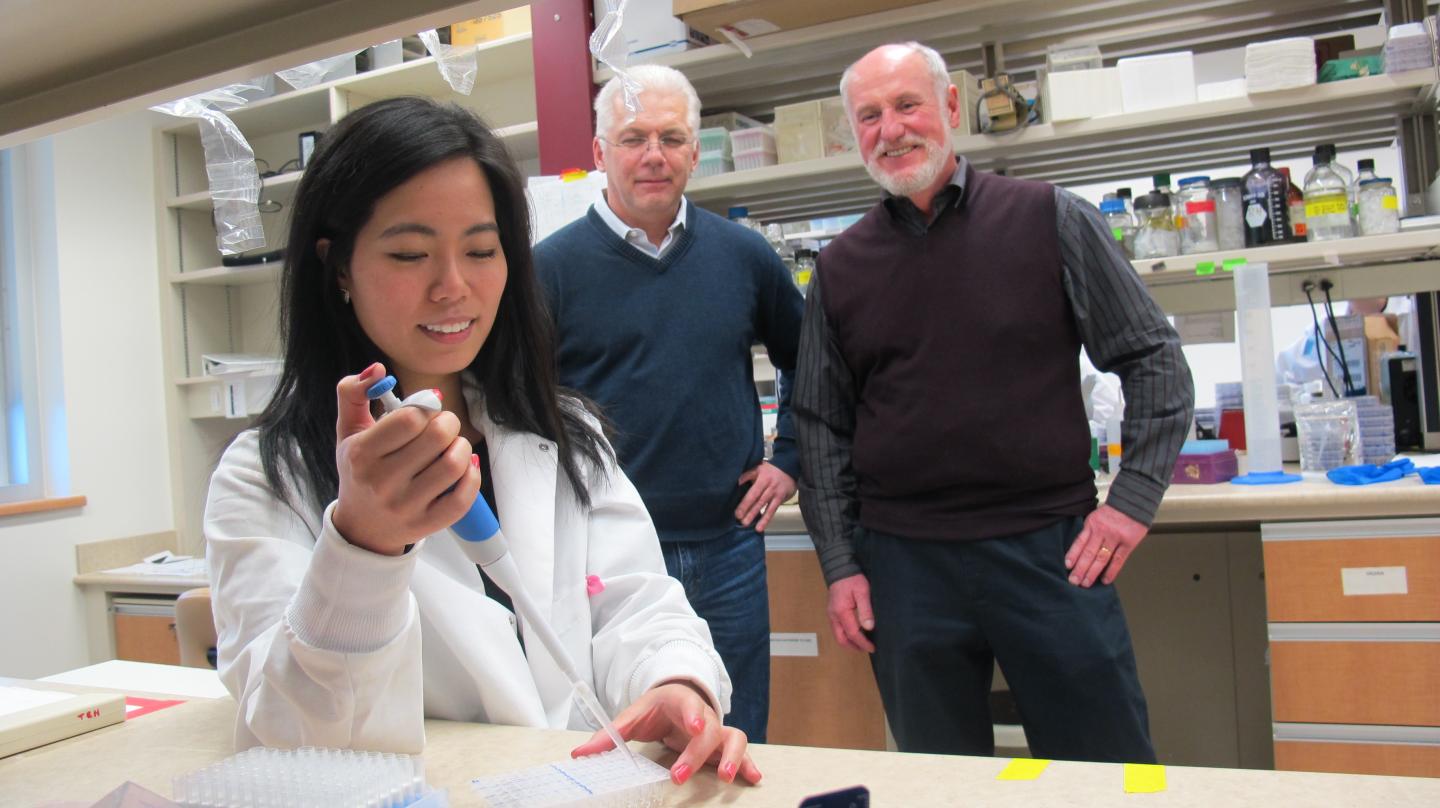 "Peroxisomes, as it turns out, are required for production of an antiviral molecule called interferon lambda," says Tom Hobman, senior author and professor of cell biology at the U of A. "Interferon lambda is produced by infected cells and has been shown to inhibit replication of multiple viruses. We hypothesized that loss of peroxisomes results in the loss of the ability of the cells to produce this interferon, which indeed was found to be the case.

"It looks like the virus may be targeting peroxisomes to prevent antiviral defense by the cell."

The study found that in infected cells, about 35 per cent of the peroxisomes had disappeared. Production of interferon was also down by approximately 80 per cent. Richard Rachubinski, a study co-author and one of the world's leading authorities on peroxisomes, says that while the team set out to find how viruses manipulate host cells, the link to peroxisomes was completely unexpected.

"You can't plan this. You just cannot," says Rachubinski, who is also chair of the U of A's Department of Cell Biology. "It goes to show the unexpected avenues one finds in discovery research that you'd never anticipate."

Flaviviruses impact a large proportion of the world's population. West Nile virus is the most prevalent mosquito transmitted pathogen in North America, with infected patients at risk of developing severe neurological disease. Dengue virus is a related virus, with more than 400 million infections worldwide every year. There is currently no vaccine or treatment available for either virus. According to the researchers, this latest work may now open new possibilities for intervention in flavivirus infection.

"It's certainly within the realm of possibility that if peroxisomes play this key role in antiviral defense, it may be possible to take drugs that are known to boost peroxisome production to provide protection against the viruses," says Hobman.

The researchers think it likely that other viruses may also target peroxisomes in a similar manner to flaviviruses. They hope to now show it through new studies which are currently underway.

"I think we're just at the tip of the iceberg," says Hobman. "No one has ever really thought about viruses and peroxisomes before. Now I think there is going to be a flood of work in this field."