Membranes are selectively permeable barriers that can provide a filter for a range of processes, from removing salt from sea water in desalination plants, to filtering the blood of kidney patients in dialysis machines. Filtration processes using membranes could potentially reduce energy consumption compared to other separation methods.

However, many industries use evaporation and distillation techniques rather than membranes, because membranes can be costly to scale up and they are not resistant to the organic solvents used in many industrial refining and chemical processes.

Now, researchers from Imperial College London have developed a prototype crumpled membrane that has the potential to be used widely across industry. The prototype is extremely thin - it would take a stack of ten thousand membranes to match the diameter of a human hair - making it very permeable. It is also strong, and is able to filter organic liquids at pressures of around 50 bar, which is the equivalent to the pressure at around 500 metres below the ocean's surface. The membrane is durable and resistant in a range of organic solvents.

In a study detailed in the journal Science, the team created a membrane with nanoscale crumples and established that this provides an increased surface area for filtering substances that remains strong and does not buckle, even under extreme pressures. The prototype is 80 millimetres in diameter, but the team is confident that it can be scaled up to industrial areas. 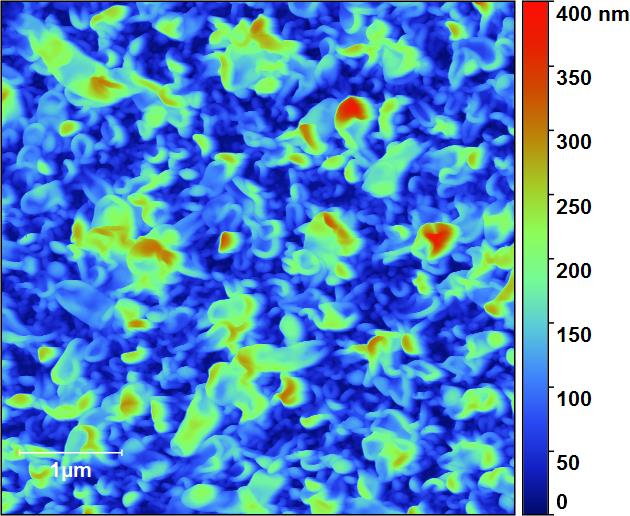 Ultimately, the researchers believe that their prototype membrane could be used to improve or completely replace industrial processes that process organic solvents, which currently rely on evaporation and distillation techniques. Approximately 30 per cent of the world's energy is currently used by industry, with a substantial fraction of that being used in evaporation and distillation processes. These industries could potentially make major energy savings if they used the membranes, with consequent reductions in carbon dioxide emissions.

Professor Andrew Livingston, co-author of the study from the Department of Chemical Engineering at Imperial College London, said: "Membranes are currently used for a range of important tasks such as making water drinkable and life-saving kidney filtering. The drawback has been that industry hasn't been able to use membranes in organic liquid systems more widely because they've had cost and design limitations. Our research suggests that we can overcome these challenges, which could make these membranes useful for industries ranging from pharmaceutical companies to oil refining. The energy and environmental benefits could be massive."

Dr Santanu Karan, co-author also from the Department of Chemical Engineering at Imperial College London, added: "I am really excited about this research breakthrough. We now want to work even more closely with industry to further refine our membranes so that they can meet their needs. We hope our work will lead to new collaborations and ultimately, improvements in the way industries use separation processes."

To test the effectiveness of the membrane in the lab, they team mixed together a solution containing a solvent, alcohol, and dyed molecules of different colours and sizes. They then made the solution percolate through the membrane at high pressures, using a device called a dead-end cell, to see if they could filter out everything apart from the alcohol. The team observed the process using an absorption spectroscopy device, which uses light at different wavelengths to determine what molecules are passing through the membrane. They determined that the membrane was completely effective, with only the alcohol passing through.

The team is now planning to further develop and optimise the membrane technology so that it can be scaled up for use in industries such as pharmaceuticals, manufacturing and oil refining.

The research was funded by the Engineering and Physical Sciences Research Council (EPSRC) and the BP International Centre for Advanced Materials.